Making serious allegations against former Punjab deputy chief minister Sukhbir Singh Badal and Akali Dal Bikram Singh Majithia, former Punjab & Haryana High Court judge, Justice Ranjit Singh, has filed a criminal complaint against the duo, demanding that they be tried for making derogatory comments against him and the commission of inquiry, headed by him, which had probed incidents of police firings and sacrilege in Punjab under the Akali Dal regime.

According to a report by news agency PTI, Justice (retired) Singh filed the criminal complaint against Badal and Majithia with the Punjab & Haryana High Court. The complaint alleges that Badal and Majithia made “false, derogatory and defamatory” statements against Justice Singh “with an intention to bring him as well as Commission of Inquiry headed by him into disrepute”.

“Thus committing offence punishable in terms of Section 10-A of The Commissions of Inquiry Act, 1952”, Justice Singh’s petition says.

Under the Section 10-A of the Inquiry Act, any person found to be involved in bringing a commission or its member to disrepute with defamatory statements, can be punished with six months’ imprisonment or fine or both.

The PTI report said that the petition quotes several incidents in which Justice Singh found that Badal and Majithia had tried to defame him and the commission of inquiry. “It was stated that the chairman of the commission, i.e. the present complainant, was neither a ‘Justice’ nor a ‘Singh’. By saying so, Respondent No 1 (Sukhbir) not only attacked the religious status of the present complainant, but also attacked his status as a former judge of this Hon’ble Court”, the PTI report said quoting the petition.

In his complaint, Justice Singh has also referred to an incident in which Badal and Majithia, during a public demonstration, described his inquiry report as “waste paper, deserving to be relegated to the trash bin… It may be relevant to state that, as part of the said demonstration(s), Respondents No.1 and 2, placed a pile of paper, purporting it to be the Inquiry Report, on the ground, in the most demeaning manner.”

The Justice Ranjit Singh Commission had been set up by the Amarinder Singh-led Congress government in 2017 to probe sacrilege and police firing incidents, including those that took place during previous SAD-BJP regime in 2015. The commission’s report had been tabled in the Punjab Assembly last year amid protests by the SAD and BJP leaders. 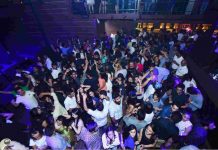