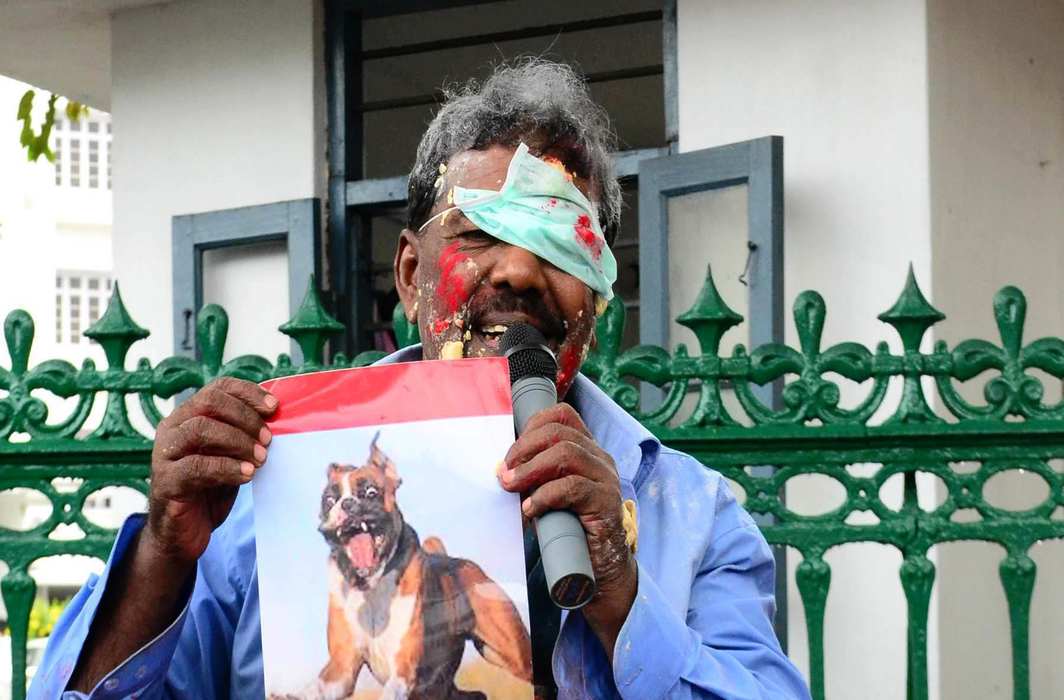 This could well be the plea of such patients who undergo great pain and want euthanasia. Though the SC has asked the centre’s response to a PIL seeking this right, remember that this disease is often treatable

Supreme Court bench of Chief Justice SA Bobde, Justices BR Gavai and Surya Kant has sought the centre’s response to a PIL seeking the right to passive euthanasia for persons afflicted with rabies which is accompanied by extreme trauma and pain not mitigated by medicine.

This follows a March 9, 2018, verdict in which a five-judge Constitution bench had ruled that the right to life includes the right to die and legalised passive euthanasia by allowing the creation of a “living will”. This could provide terminally ill patients or those in a persistent vegetative state—with no hope of recovery—a dignified exit by refusing medical treatment or a life support system.

A person can write a “living will” when in a sound state of mind. Demanding recognition of the right to die with dignity to be made available to rabies patients, an NGO, All Creatures Great and Small, said the apex court judgment of 2018 did not envisage a situation where death is inevitable even after treatment. The whole appeal is based on the fact that rabies is 100 percent fatal and the person ends up with terminal suffering.

There are two types of treatment for rabies. One is palliative therapy which typically includes liberal administration of sedatives, tranquilisers and analgesics in a quiet environment for relieving the suffering. If this treatment is adopted, all terminal suffering will have to be included in the euthanasia list.

The other treatment is an aggressive approach and involves supportive care and a combination of experimental immuno­therapy, antiviral therapy and neuroprotective therapy. This is based on the assumption that on rare occasions, patients with rabies have survived after aggressive treatment in critical care units, including in India.

Aggressive treatment involves a combination of supportive care and the off-label use (drugs used for an unapproved indication) of available therapies which may have some benefit. 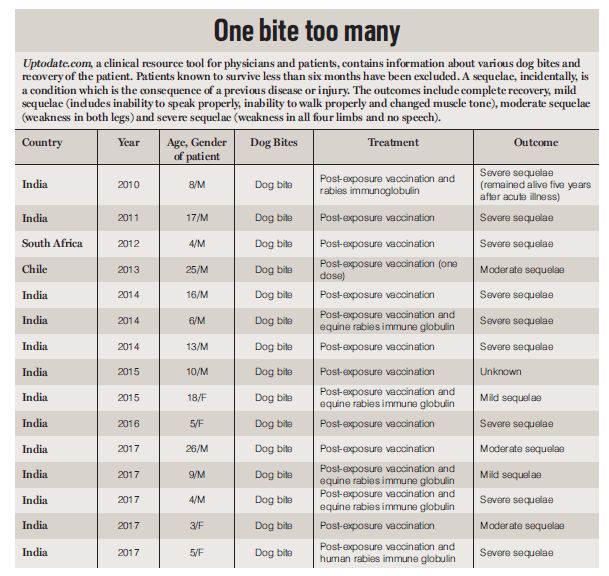 Supportive care in critical care units was the most important factor for the survival of all suffering from rabies, including a 15-year-old girl in Wisconsin, US, who did not receive the rabies vaccine. Like a therapeutic approach to cancer, HIV infection and chronic hepatitis C virus infection, a combination of therapies may be the best chance of success in treating rabies. This involves combining different therapeutic treatments—immunotherapy, antiviral therapy and neuroprotective.

Immunotherapy with either the rabies vaccine or human rabies immune globulin (HRIG) is controversial. All but one patient received one or more doses of the vaccine before the onset of symptoms.

The vaccine can be administered if the patient has not received a complete course of post-exposure prophylaxis (given to prevent a disease).

The use of HRIG in conjunction with a strategy to enhance drug delivery into the central nervous system (e.g., osmotic agents or ultrasound waves) may be beneficial. An aggressive treatment approach includes the use of one or more antiviral agents with the goal of reducing viral spread to uninfected cells. Three agents (interferon-alfa, ribavirin and amantadine) have been used in the treatment of adults with rabies.

Therapeutic (induced) brain hypothermia (targeted temperature management), administered with either a cooling helmet or intra­nasal cooling, could be considered as a potential adjunctive therapy for rabies in order to slow progression of the disease, reduce neuronal injury, and provide time for the development of an immune response. Therapeutic coma, which involves the administration of high-dose aesthetic agents, has also been used as a neuroprotective therapy.

Above: A man demanding action against street dogs attacking people. A substantial number of dog bites lead to deaths due to rabies/Photo: UNI