Questioning the accepted norm on referring to the father’s name in various public documents, the Rajasthan High Court has sought reply from the high court administration as why it is mandatory.

The bench comprising Justices M Rafiq and Govardhan Bardar asked the administration why the compulsory prerequisite of father’s name in filing a plea and swearing in of affidavits should not be relaxed.

Vriddhi Sawlani, the petitioner, had filed the plea in the Rajasthan High Court seeking direction to the Centre for doing away with the compulsory utilisation of the father’s name on all government-issued identity cards.

“That after the unfortunate death of the mother of the petitioner, the petitioner and her minor brother wished to remove the name of her/his father from various identity cards/address proof cards which are existing in her/his name.

“However, after approaching the various authorities she/he realized that it is an impossible task and is extremely traumatic, cumbersome, nightmarish, difficult, tiresome, bureaucratic, stressful process and experience,” the petitioner said in the plea.

The plea further said: “That the petitioner is accordingly preferring this petition under Article 226 of the Constitution of India before this Hon’ble High Court challenging Rule 41 & Rule 128 wherein the party has to mandatory required to refer to the fathers’ name only at the time of execution of Affidavit and in the title of the petitions/application/etc. being filed before the Hon’ble Rajasthan High Court.” 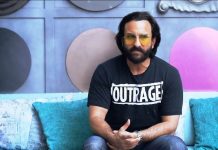