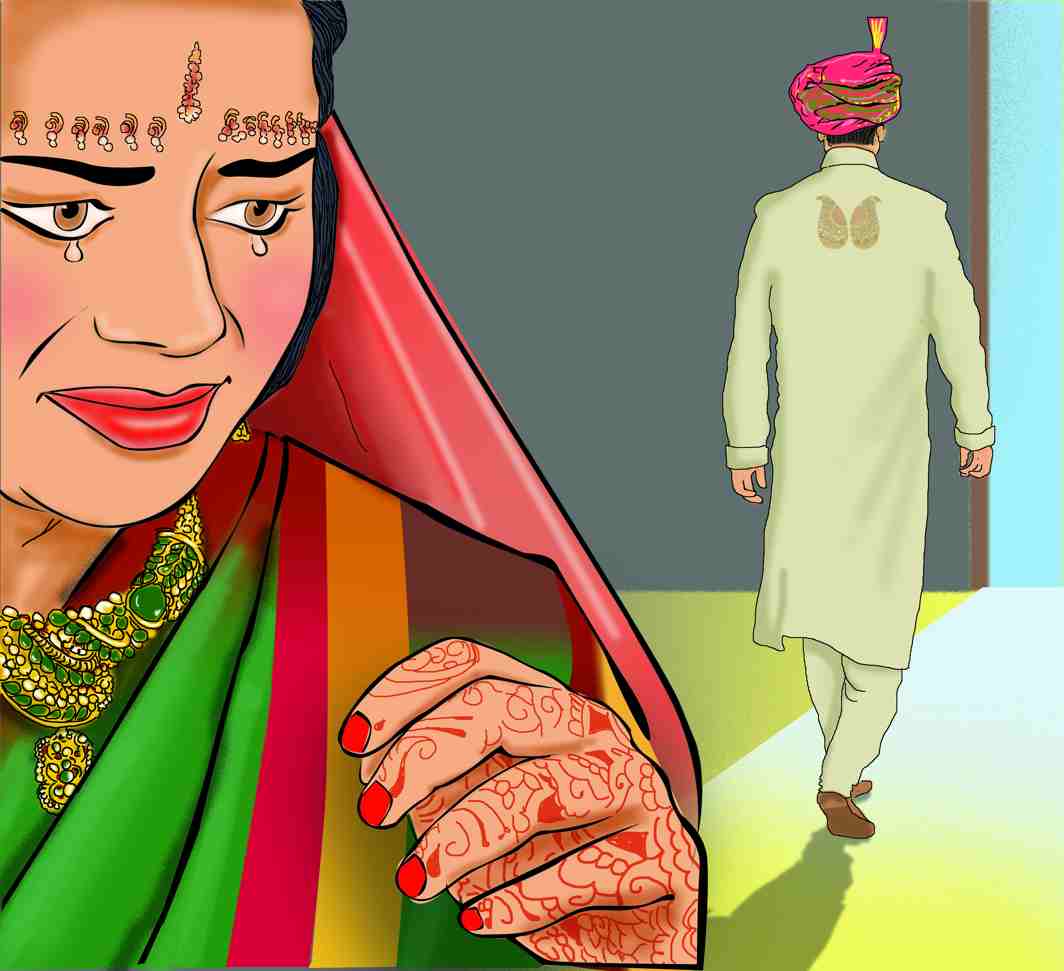 Can an accused in a rape case marry the complainant and seek the quashing of the case against him on this ground? Justice Pratibha Rani of the Delhi High Court, in a recent case, found no merit in the prayer of the accused to do so on the ground that he had subsequently married the complainant and submitted proof of the same.

In Vikash Kumar @ Sonu v The State, the accused and the complainant, belonging to different castes, were in love with each other, and had entered into a physical relationship. The complainant had consented in the hope that the accused would marry her. Later on, the accused married another girl saying his parents did not approve of the inter-caste marriage. However, his marriage resulted in divorce and he sought the company of the complainant again, and had sex, promising to marry her.

When the accused went back on his promise, she complained to the police, and the case under Section 376 of IPC (offence of rape) was registered. However, following registration of an FIR against him, and his incarceration, he obtained interim bail in order to marry her and get it registered. The accused pleaded that the complainant registered the FIR due to misunderstanding of facts and in a confused state, thinking he would not marry her, whereas he was trying to obtain the consent of his parents. He claimed that the complainant decided to live with him peacefully, hence there is minimal chance of her coming forward to support the prosecution’s case against him.

However, the High Court relied on the Supreme Court’s decision in Gian Singh v State of Punjab, wherein it was held that criminal proceedings cannot be quashed under Section 482 Code of Criminal Procedure on the basis of an amicable settlement where the nature of the offence is heinous/serious. It was reasoned that rape is an offence against society, and therefore, cannot be condoned as a result of a compromise between the parties. Justice Pratibha Rani also doubted the genuineness of the proof of marriage submitted by the accused.

While Justice Rani had given her judgment in Vikash Kumar on August 1, in a similar case decided by her on July 21 in X v State NCT of Delhi, she refused to intervene after the trial court acquitted the accused on the ground that the complainant had married him. The complainant later claimed that she was misled into making a statement before the trial court, leading to the acquittal of the accused.

Justice Rani observed: “In a number of cases, where both persons, out of their own will and choice, develop consensual physical relationship, when the relationship breaks due to some reason, the women use the law as a weapon for vengeance and personal vendetta. They tend to convert such consensual acts as an incident of rape may be out of anger and frustration thereby defeating the very purpose of the provision. This requires a clear demarcation between the rape and consensual sex especially in the case where complaint is that consent was given on promise to marry.”

Justice Rani had then held that to prove the factum of alleged sexual assault, the complainant is the only star witness and if she preferred not to prosecute, the trial court was justified in closing the evidence and acquitting the accused.

While these two judgments may seem to be inconsistent with each other, there is a subtle difference between them. Vikash Kumar refers to a situation where the accused is yet to face trial for the offence of rape as alleged. At this stage, it is not correct for the appellate court to interfere and quash the charge against the accused on the basis of a compromise between him and the complainant.

SC has held in a few cases that consent of a woman to sexual intercourse with an accused does not become invalid if he goes back on his promise to marry her.

Section 376 IPC does not deal with a compoundable offence and parties cannot withdraw or come to a compromise even with the permission of the Court. Most crimes, including rape, are crimes against the entire society. That is why the State prosecutes the crime, on behalf of the complainant and the society. If a compromise is valid, then a complainant can come under coercion by the accused for it.

It has been pointed out that when plea bargaining was introduced in India in 2006, crimes against women were excluded from its application on two grounds. One, the complainant and the accused in a sexual assault case are likely to be unequal due to gender disparities in society and as far as the law is concerned. Secondly, prosecuting the guilty in such crimes is important for the message it will send to society at large. 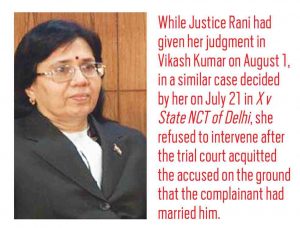 The trial court’s acquittal of the accused in X v State is problematic, and the State needs to appeal against the High Court’s refusal to interfere.  The trial court seems to have followed the stereotype in conviction and sentencing in rape cases, wherein courts assume that it is the complainant’s marriageability, her value as a person, and her shame which are the issues. It is unfortunate that when Justice Rani avoided resorting to stereotype in Vikash Kumar, she could not do so in X v State.

However, the Supreme Court has held in a few cases that consent of a woman to sexual intercourse with an accused does not become invalid if he goes back on his promise to marry her later, even if she claims that she consented on the promise of marriage.

In both the cases decided by Justice Rani, facts suggest that the complaint about rape was registered following the refusal of the accused to marry the complainant. The complaint was sought to be withdrawn once the accused married her. Therefore, the courts have to decide whether the consent of the complainant for intercourse was valid in terms of Supreme Court’s judgments in similar cases.