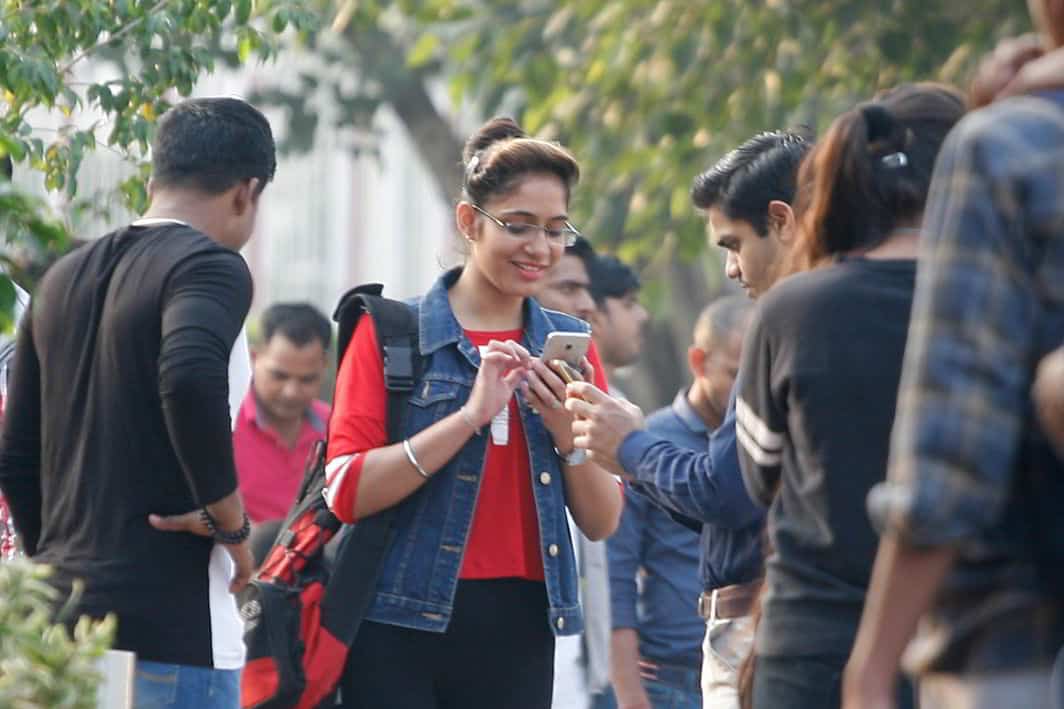 Above: Smartphones have taken the internet within the reach of more Indians/ Photo: Anil Shakya

Considering that India has no laws on net neutrality, TRAI recommendations, if implemented, will ensure that no person is discriminated against on any ground in accessing the internet

India, the biggest democracy in the world, is intrinsically being recognised for its thought leadership in the information technology space. Crores of people access the internet in India today. Sometime back, India had shown the courage to say an emphatic “no” to data colonisation. It stood up for the right to access the internet without any conditionality as part of its policy-making.

The Telecom Regulatory Authority of India (TRAI) had categorically rejected the demands from some internet players to provide for conditional access to those Indians who had not yet come online. Since then, much water has flowed under the bridge. The Supreme Court in the case of Justice KS Puttaswamy (Retd.) and Anr versus Union of India has categorically held that a person’s fundamental right to life under Article 21 includes the right to privacy. In fact, net neutrality is a principle that is dedicated to making the internet a neutral platform for the proliferation of all kinds of services offered by various stakeholders.

Today, people are dependent on the internet and they have a fundamental right to access it. It can only be curtailed in accordance with procedure established by law. This intrinsically means that net neutrality provisions have to be incorporated as part of India’s legal policymaking process.

In this regard, it is interesting to note the recent recommendations of TRAI concerning net neutrality. In a path-breaking step, TRAI stood up for net neutrality. It recommended that no person should be discriminated against on any ground in accessing the internet.

The salient features of the said recommendations are:

a) The licensing terms should be amplified to provide explicit restrictions on any sort of discrimination in internet access based on the content being accessed, the protocols being used or the user equipment being deployed. In this context, it has been recommended that content would include all content, applications, services and any other data, including end-point information that can be accessed or transmitted over the internet.

b) The “discriminatory treatment” as far as content is concerned would include any form of discrimination, restriction or interference, including practices like blocking, degrading, slowing down or granting preferential speeds or treatment to any content.

c) Service providers should be restricted from entering into any arrangement, agreement or contract with any person that has the effect of discriminatory treatment based on content, sender or receiver, protocols or user equipment.

d) The scope of the proposed principles on non-discriminatory treatment apply specifically to “Internet Access Services”, which are generally available to the public.

e) In order to remove any ambiguity, Internet Access Services have been defined.

f) Specialised services, i.e. services other than Internet Access Services, which are optimised for specific content, protocols or user equipment, and where the optimisation is necessary in order to meet specific quality of service requirements, shall be exempted from the principles of discriminatory treatment.

g) It has been recommended that DoT may identify specialised services. However, these may be offered by the service provider only if they are not usable (or offered) as a replacement for Internet Access Services; and the provision of such services is not detrimental to the availability and overall quality of Internet Access Services.

h) Further, it has been recommended that Internet of Things (IoT), as a class of services are not excluded from the scope of the restrictions on non-discriminatory treatment. However, critical IoT services, which may be identified by DoT, and which satisfy the definition of specialised services, would be automatically excluded. Content Delivery Networks (CDNs), which enable a Telecom Service Provider (TSP) to deliver content within its network without going through the public internet, are exempted from the scope of any restrictions on non-discriminatory treatment.

i) TRAI has further recommended that Internet Access Service Providers may take reasonable measurements for traffic management, provided the same are proportionate, transient, and transparent. They may also take reasonable measures to preserve the integrity and security of the network, for provision of emergency services, implementation of an order of the court or direction of the government, or in pursuance of an international treaty.

j) TSPs shall be required to declare their Traffic Management Practices as and when deployed and the impact it may have had on users. The disclosure requirements shall also include information about specialised services.

k) The telecom regulator, keeping in mind industry practices, further stipulated that for monitoring and investigation of violations, a collaborative mechanism be established in the form of a multi-stakeholder body comprising members representing different categories of TSPs and ISPs, content providers, representatives from research and academia, civil society and consumer representatives.

Pending the consideration of these recommendations, the Authority may regulate the manner in which the current licensing requirement of unrestricted access to all content on the internet is implemented and enforced. These recommendations, if accepted by the government, categorically close the doors for service providers to discriminate against their customers based on various commercial and other vectors. In our country, where users have a lot of challenges in terms of getting promised internet speed and redressal, these recommendations come as a breath of fresh air. They pave the way for the evolution of India as a digital superpower and a knowledge economy.

Net neutrality, if not handled properly, could impact the Digital India Programme of the government. When one looks at existing laws, one finds that the issue of net neutrality has not been mentioned. India’s mother legislation on cyberspace issues is the Information Technology Act, 2000. This has been sought to be supplemented by means of various regulations. None of them refers to net neutrality.

The onus is on the government to tackle the recommendations of TRAI. There are stakeholders who are not happy with the recommendations. Stakeholders would need to be encouraged to take holistic perspectives on these issues. In the long run, having effective non-discrimination in internet access services could pave the way for a stronger digital data eco-system and help in establishing India’s thought lead­er­­ship in cyberspace issues.

—The writer is a Supreme Court advocate and a leading expert in Cyberlaw, Cyber Security Law & Mobile Law