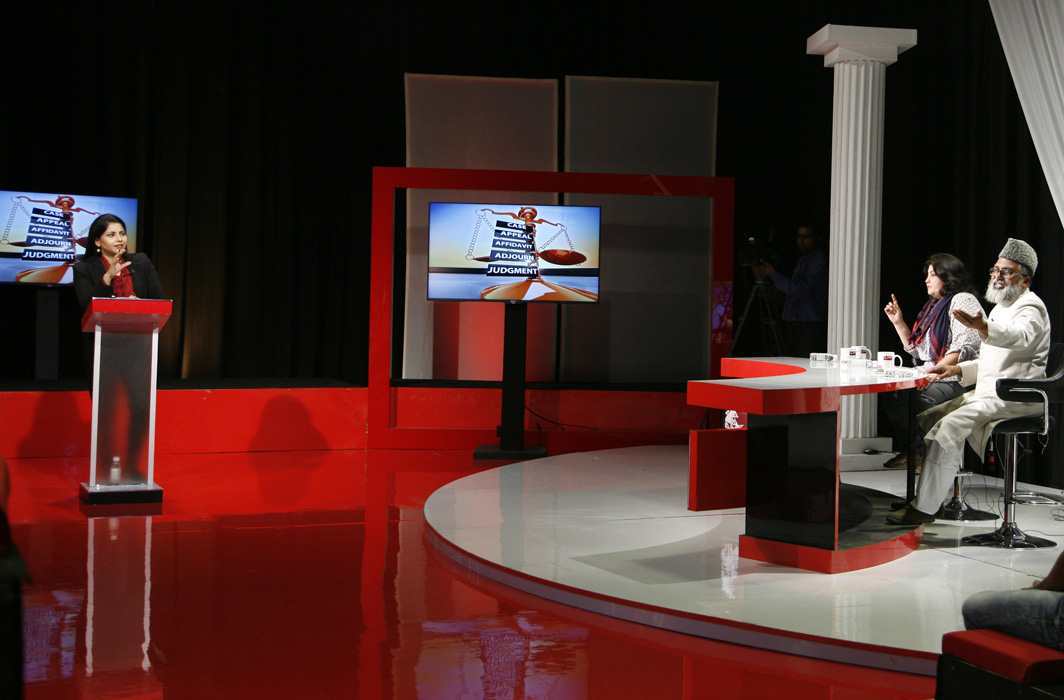 The Supreme Court recently heard arguments (both for and against) on triple talaq for six days and finally reserved its judgment. However, the marathon hearing seems to be yielding positive results. The All India Muslim Personal Law Board (AIMPLB) in an affidavit filed in the apex court on Monday (May 22) submitted that it had initiated several progressive measures to curb the practice. According to AIMPLB, these include social ostracisation of Muslim men uttering triple talaq in one go and introducing certain provisions in nikahnama that would protect Muslim women from being divorced unilaterally.

The show raised the following issues:

We present some of the important observations made in the show:

Mufti Samun Kasmi: “First of all, let me clarify that there is a difference between Muslim Personal Law Board and Islam. Islam considers the whole world as a family of brothers and sisters. If a situation arises wherein divorce is inevitable, it will be applicable for both the man and woman. If a woman wants to separate from her husband because he is bad, she has every right to do so. Whatever is applicable for the husband is applicable for the wife as well.”

“Triple Talaq can’t be justified in any manner, even if the parties agree to the specified contract. It is unconstitutional, illegal and you cannot validate it through any contract because if you add anything in the contract which is against the law it can be struck down legally.”

Mufti agreed with Justice Kamaleshwar Nath. He said: “What Justice Nath said is true. Triple Talaq is denied by Quran and if changes are made in its implementation as a result of suggestions made by the top court or government, it is welcome.”

On the issue that courts should not interfere in the matter, Meenakshi Arora said: “I don’t believe it is a matter of faith or religion because the Muslim law itself recognizes that a marriage under the Muslim law is a contract. Now if it is a contract then certainly it is not faith. A contract only presents a modality through which divorce takes place.

“If that be so then what the Supreme Court is now concerned about is only a matter of rights between the contracting parties. And if those rights are skewed and unequal then the Supreme Court on the basis of Article 15, Article 14 can surely intervene, perhaps give directions that Triple Talaq goes against the very basic rights of the women.”

When there is a strong opinion against Triple Talaq can’t it be done away with finally? Why did AIMPLB vehemently argue in favour of it in the Supreme Court and is now finding ways to reduce its adverse effects on women?

Zafaryab Geelani, Member, AIMPLB, said: “We are telling again and again but not able to make the media understand that the Shariat which is being followed from the past 1,400 years can’t be changed. It is not about what people are saying, the people who are questioning the validity of Triple Talaq are either unaware or are knowingly saying so.”

However, Sheeba Aslam Fahmi disagreed with Geelani and retorted back: “This is patriarchy, the patriarchy of Muslim men who could not elevate themselves to the level of Islam, and now they want to interpret the tenets of Islam in ways that suit them. To prevent this, we are seeking the help of the constitution so that this does not happen. The constitution, Quran, and Muslim women are on one side, and AIMPLB and the Muslim patriarchy are on the other side.”

Delhi HC disposes of plea for refund of conversion, parking charges by municipal bodies in Delhi