A Life in Limbo

Yet another refugee crisis hits the world as Afghanistan descends into turmoil. Though the 1951 Geneva Convention spells out the aid a refugee should receive and safeguards against his expulsion, this is often not followed. 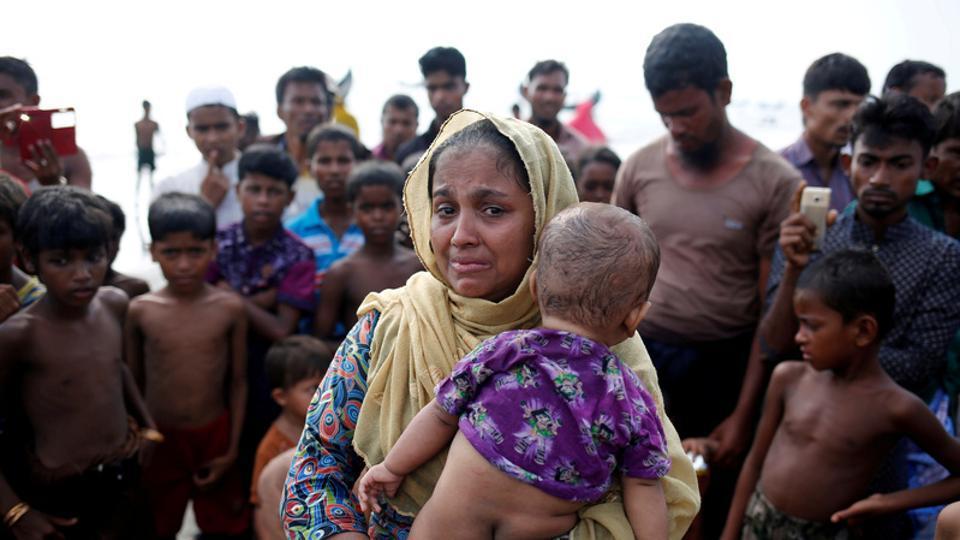 The unravelling of Afghanistan and the ferocious Taliban taking over will inevitably lead to a refugee crisis. Already, images have been beamed to the world of Afghans swamping Kabul airport and even hanging on to the wheels of huge military planes in an effort to save their lives.

A refugee is defined as a person who has been forced to leave his country in order to escape war, persecution or natural disaster. A refugee has a well-founded fear. Most likely, they cannot return home or are afraid to do so. War and ethnic, tribal and religious violence are the leading causes of refugees fleeing their countries.

What is shocking is that 68 percent of those displaced across borders come from just five countries: Syria, Venezuela, Afghanistan, South Sudan and Myanmar. The numbers of Afghans forced to become refugees is also rising.

The 1951 Geneva Convention clearly spells out who a refugee is and the kind of legal protection, other assistance and social rights he should receive from the countries who have signed the document. The Convention also defines a refugee’s obligations to host governments and certain categories or people, such as war criminals, who do not qualify for this status.

The Convention was limited to protecting mainly European refugees in the aftermath of World War II, but the 1967 Protocol expanded its scope as the problem of displacement spread around the world. The Convention is both a status and rights-based instrument and is underpinned by fundamental principles, notably non-discrimination, non-penalisation and non-refoulement. Convention provisions, for example, are to be applied without discrimination as to race, religion or country of origin.

Developments in international human rights law also reinforce the principle that the Convention be applied without discrimination as to sex, age, disability, sexuality or other prohibited grounds of discrimination. The Convention further stipulates that, subject to specific exceptions, refugees should not be penalised for their illegal entry or stay. This recognises the fact that the seeking of asylum can require refugees to breach immigration rules. Prohibited penalties might include being charged with immigration or criminal offences relating to the seeking of asylum, or being arbitrarily detained, purely on the basis of seeking asylum.

Importantly, the Convention contains various safeguards against the expulsion of refugees. The principle of nonrefoulement is fundamental, and provides that no one shall expel or return (“refouler”) a refugee against his will, in any manner whatsoever, to a territory where he fears threats to life or freedom.

India is not a party to the 1951 Refugee Convention or its 1967 Protocol and does not have a national framework regarding refugees. However, it continues to grant asylum to a large number of refugees from neighbouring States and respects UNHCR’s mandate for other nationals, mainly from Afghanistan and Myanmar. UNHCR has a presence in Chennai to support the voluntary repatriation of Lankan refugees. Although India has a large population of stateless people, no accurate estimates of the number are available. UNHCR is working to identify and map stateless groups.

What happens to people who are forced to become refugees? They are often in camps to begin with. These temporary facilities are built to provide immediate protection to people forced to flee. Once a person becomes a refugee, though, they are likely to remain displaced for many years.

Also Read: Lord of the Seas

Michael Hubert (Shabnam Resources) recently gave a talk on Refugees in Tamil Nadu, namely Burmese, Lankan Tamils and Tibetans. Burmese Refugees flowed in 1967 onwards and the state government provided special care for them and helped them start micro businesses. Small shops were also allotted to them in Chennai aka Burma Bazaar. The influx of Lankan refuges started in 1983 and Tamil Nadu and the centre have rendered assistance, but much remains to be done with regard to clean water, sanitation and education for children.

Coming to Afghanistan, it has been fought over for decades partly because it is the world’s largest producer of opium. With an estimated annual export value of $1.5-$3bn, the opium poppy is big business, supplying a majority of illicit heroin worldwide. A 10 percent cultivation tax is collected from opium farmers.Taxes are also collected from the laboratories converting opium into heroin, as well as traders who smuggle the illicit drugs. Estimates of the Taliban’s annual share of the illicit drug economy range from $100m-$400m.

With around 1.4 million Afghan refugees registered in UNHCR, around 8,80,000 with Afghan citizenship cards, an estimated 3,00,000 to 4,00,000 undocumented Afghans in the country, Pakistan has one of the largest refugee populations in the world. Of these, 85.1 percent is ethnic Pashtun and the rest are Tajiks, Uzbeks and others.Most Afghan refugees moved to Pakistan following the decade-long Soviet occupation and the civil war that followed its withdrawal in 1989. Others sought refuge in Pakistan after the Taliban took power in Afghanistan. After the US-led invasion that followed the 9/11 terrorist attacks in 2001, some Afghans went to Pakistan seeking jobs.

This time, Pakistan has responded by closing its relatively porous borders and planned to have the refugees in makeshift tents on the Afghan side. Rights bodies have expressed concerns over Pakistan’s plans to adopt this “Iranian model”. The UNHCR estimates the number of Afghan refugees in Iran under one million. Tehran puts the figure closer to three million. But they are all living in refugee villages set up by Tehran along the border with Afghanistan since the 1980s and are prevented from settling in cities and towns.

International human rights groups such as Human Rights Watch have documented years of violations against Afghan refugees and migrants in Iran, including physical abuse, detention in unsanitary and inhumane conditions, forced payment for transportation and accommodation in camps, slave labour and the separation of families.

Europe is struggling too with regard to Afghan refugees. Greece does not want to become the entry point into the EU for them. Greece was on the frontline in 2015, when nearly a million people fleeing conflict in Syria, Iraq and Afghanistan landed on its islands. Meanwhile, French president Emmanuel Macron has been accused of pandering to the far right after he said France should have a robust plan to “anticipate and protect itself from a wave of migrants” from Afghanistan.

UK, however, has been willing to take in refugees and resettle them lest they be targeted by the Taliban. As Damian Green, a former cabinet minister, put it:“There are times and places where we should be strict with asylum applications. Afghanistan today is the exact opposite. We should take anyone who can make a case.” Meanwhile, Canada has said it will take 20,000 Afghan refugees and the US may resettle up to 30,000.

Assimilating refugees into the population is essential. Immigrants have proven their worth time and again.But the participation should not be forced assimilation. There is even a “participation toolkit” to achieve this:

Language: Allowing them to work in their native tongue.

Coaching: Immigrants need a guiding hand to speak the language.

Template: A step-by-step formula should be in place to minimise mistakes and early failures, and to help develop and enhance positive experiences and build confidence.

These four basic tools help immigrants participate and eventually integrate in the economy and society. This can also be used in many industries, from real estate and insurance to teaching.

America has seen many waves of immigration and each assimilation took at least two generations. Nearly every wave of immigrants experienced negative bias until their contribution to culture and society was appreciated. Today, 10 percent of all residents in the US are foreign-born. And they make a difference.

In the past 20 years, a quarter of all venture capital start-ups were launched by immigrants, including eBay, Google and Yahoo. Nearly 40 percent of recent Silicon Valley innovations originated from immigrants and just under half of all Fortune 500 companies was started by immigrants or their children (Steve Jobs’ father was Syrian.)

The East African Gujarati community too brought in the corner shop revolution; one that changed forever Britain’s antiquated retail laws. The second and third generations have gone on to integrate and succeed, becoming high-fliers and professionals in every walk of British life.

Yet today, many countries are struggling. In most of Europe, immigrant communities are living separate lives. In 2018, Pakistan Prime Minister Imran Khan made a bold forward-looking statement—granting citizenship to all Afghan and Bangladeshi refugees born on Pakistani soil. However, this drew fierce criticism from various ethnic groups in Sindh and Balochistan, forcing the premier to rescind his promise.

Nobel peace laureate Malala Yousafzai has told the BBC that countries need to open their borders to Afghan refugees. She was shot in the head by Taliban gunmen in 2012 because she campaigned for girls’ education.

The time now is for countries to help Afghan refugees. If not us, who? If not now, when?

—The author is a barrister-at-law, Honourable Society of Lincoln’s Inn, UK, and a leading advocate in Chennai. Sources: UNHCR, Geneva Convention, BBC, The Guardian, Michael Hubert

Did you find apk for android? You can find new Free Android Games and apps.
Share
Facebook
Twitter
Pinterest
WhatsApp
Previous articleLord of the Seas
Next articleDelhi High Court defers hearing on plea against Baba Ramdev for belittling allopathic doctors over Covid-19 treatment