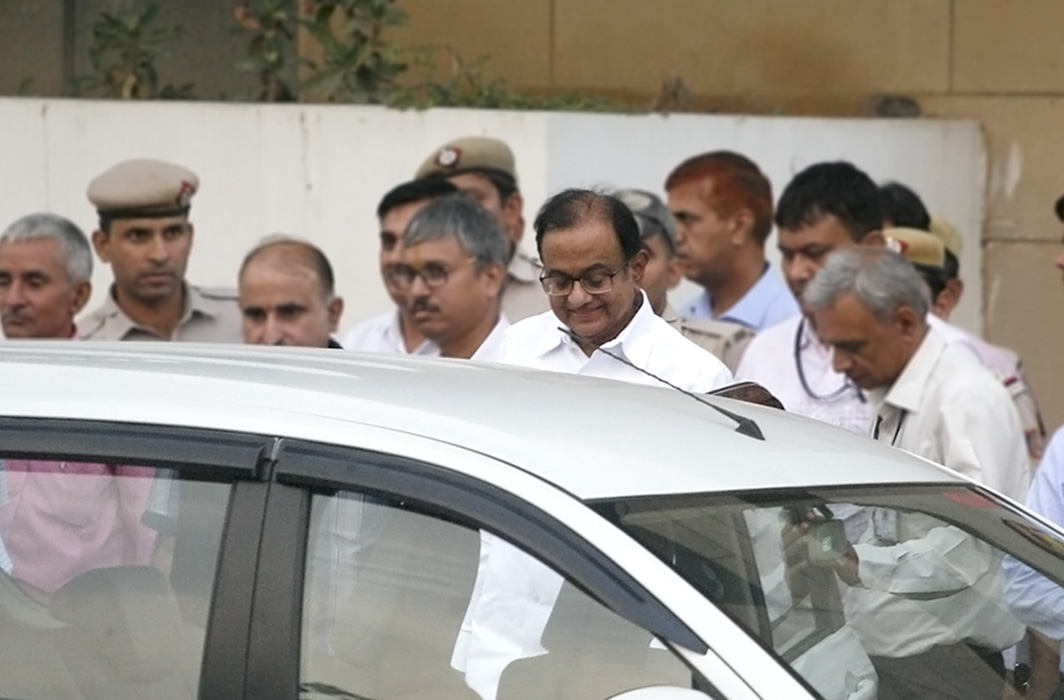 After his heated arguments in courts received the cold shoulder, former finance minister P Chidambaram found himself having to leave his residence in exclusive Jor Bagh to board a police bus en route to Tihar. He was allowed to carry a few belongings—his lungi was run through a metal detector. While he was being driven out, some miscreants were chanting Chor Bhag but his biggest problem is reading material. Waving to reporters, he had yelled “five per cent’ which many took to mean his mocking GDP numbers but actually he meant only 5 per cent of the books he had requested had been cleared. Here’s how it went:

ED official: Sir, that book is not allowed…

PC: This classic piece of literature is called War and Peace by a famous Russian author, Leo Tolstoy. It has been praised all over the world by people who managed to finish it.

ED Official: Sorry, sir, it is on my list of banned books.

PC: All scholars should read it, what is the problem?

ED: It’s the Kashmir issue sir, the enemy might think we are preparing for war while taking of peace, in other words, doing a Musharraf.

PC: How about this, it’s a Harry Potter book given by my daughter.

ED: We have been told it is all to do with jaado mantar. There is some learned man in America who has declared that these books present both god and evil but is actually a clever deception because the cures and spells used in the boom actually work: We would not like you to say Khuljaa Sim Sim like Ali Baba and vanish into the haze, to be next seen in Bermuda shorts.

PC: How about this, The Famous Five, it’s by a famous children’s writer Enid Blyton, your children must have read her, she was extremely popular in school curriculums.

ED: The Royal Mint in Britain has just declared her someone with “racist, sexist and homophobic views”. As you know, this government is dead against people like that.

PC: I did see some in the graveyard but since I am an economist, I would like to read The Polyester Prince: The Rise of Dhirubhai Ambani.

ED: Sorry sir (reading from a fat file) that is also on the banned list.

PC: The government actually banned a biography of one of India’s most successful entrepreneurs?

ED: Not the government sir, someone even higher.

PC: Ok I’ll stick to safe books on the economy and business. One I’ve recently acquired and not read yet is called Salt: A World History by Mark Kurlansky ….

ED: Nothing with salt on the cover can go though.

PC: Whatever for, a grain of salt is the most harmless of spices?

ED: It’s actually to do with chapattis which were served with a grain of salt, some chaps have already been arrested in the case, and you might get to meet them during meal time.

PC: One book I haven’t yet read is called Economics in One Lesson: The Shortest and Surest Way to Understand Basic Economics by Henry Hazlitt. Can I get hold of that?

ED: Sorry sir, there is one copy which was given to a minister on July 1; she has still to return it to the parliamentary library.

PC: Let me guess, it was borrowed by Finance Minister Nirmala Sitharaman and she borrowed it three days before the Budget. It’s called a crash course, which is what happened to her budget.

ED: Such matters are beyond my pay grade.

ED: Sorry sir, she funds an NGO and has lectured at JNU on some aspects of the Indian economy…

PC: Demonetisation and GST? Those were shock doctrines.

ED: No comment, in any case, she is banned.

PC: Let me give you a safe title, Tarzan

ED: Sorry, environmentalists have objected to treatment of animals.

PC: How about Narendra Modi? I need to get under his skin, even if I haven’t already.

PC: No enough, one question though. What do you guys read when you are not running helter skelter arresting people?