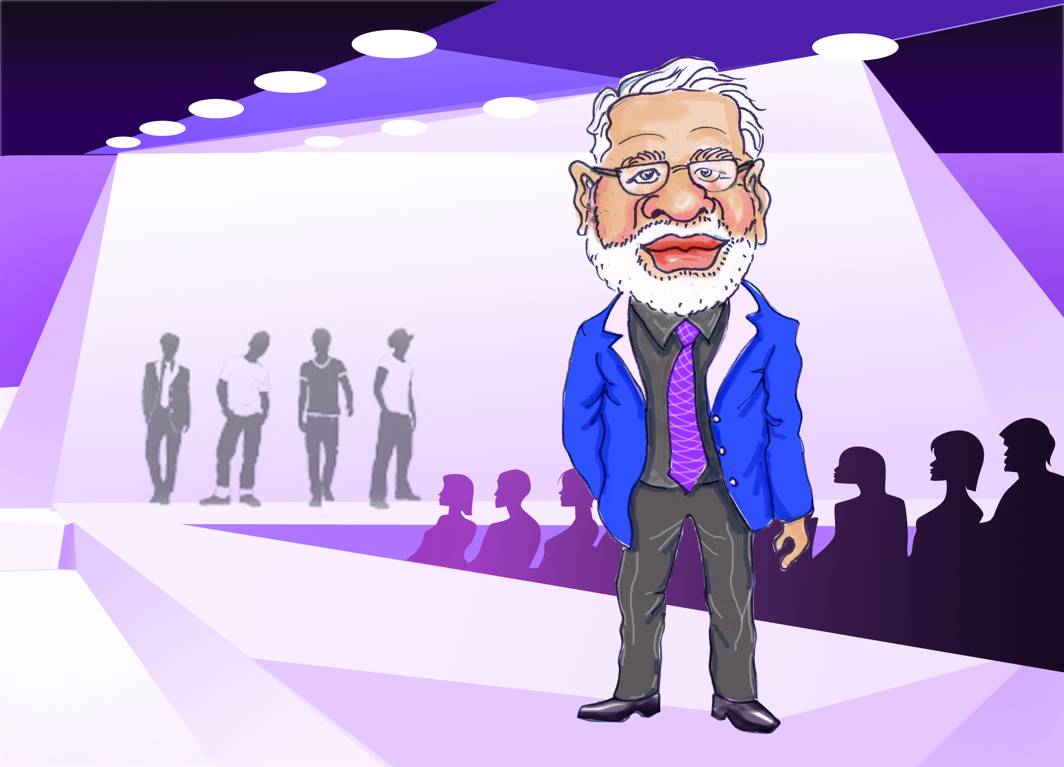 Here’s a thought. What if some prominent Indians had not opted for the professions they are now in? Maybe they could have done a lot better in an alternative career, one perhaps more suited to their character and their public persona? Here are some prime examples:

Narendra Modi: A Model? His sartorial choices cannot be faulted and while abroad, dressed in western outfits, he comes across as a fashionista, someone who is obsessive about wearing the right clothes for the right occasion. His 56-inch chest and fit-looking physique would also make for a striking figure on the ramp. Another professional choice could have been as a Theatre Actor, since he loves theatrical poses and pauses, oratory and proper body language. There was, of course a third choice; a Travel Blogger, considering his hectic international travel schedule and his passion for taking selfies and tweeting about his global experiences!

Nitish Kumar: A Circus Acrobat, what else? His political sumersaults are now epic. Plus, there is the fact that whenever he starts to walk the tightrope, he manages to fall into the waiting arms of a collaborator without ever losing his perch. His juggling skills are now legendary along with his back flips, but it is his mastery of the illusion that defines his skills, officially being in the Opposition while not being in the Opposition. In English, it is called sleight of hand, while in Hindi, it is politically more appropriate (considering the Congress symbol)—Haath ke safaee.

Rahul Gandhi: In the eyes of many, he is not suited to the profession he has inherited but even with the demands of the family name and legacy issues, what if he had opted out of politics and made another career choice? Judging by public perception, there is one profession he could have done well in—as a Stand-up Comedian. Some of his one-liners—he recently referred to the party’s newly launched Indira Canteen as “Amma” Canteen—are hilarious and he does have the potential to bring the house down.

Amit Shah: The Machiavelli of Indian politics seems as if he was born into the political profession, but if his track record is any guide, he could have done equally well as an Event Manager. The basic function of an event manager is selling a concept or a brand to a target audience, and Shah has shown his mastery at that, as well as his ability to win over rival camps. In fact, he is no longer party president but because of his event management skills, he is still in charge of managing the Big One—in 2019.

Venkaiah Naidu: Considering his turn of phrase and obsession with acronyms and puns, he really would have done well as a Romantic Poet, especially in the way he expresses his devotion and loyalty to the Dear Leader. He certainly is no Byron or Tagore but does fancy himself as a master of the linguistic art and considers his literary efforts a virtue when in fact, they are a vice. Now that he is vice-president, hopefully the paeans of praise dressed up as poetry will become an unpleasant memory.

Arnab Goswami: The once respected television anchor turned propagandist and right-wing ideologue could have excelled in another field—the battlefield. He has shown himself as an expert on military strategy, guiding us on how to solve the Kashmir problem, take on Pakistan and kick the Chinese out of China, never mind Doklam. In his Republic, he outranks, and certainly outshouts, the army chief.

Yogi Adityanath: The monk who opted for politics and a chief ministerial role could easily have been a Medical Supervisor. After the tragedy in Gorakhpur, he has been showing us his knowledge of the medical profession, first informing us that the deaths of 70 babies were not due to lack of oxygen cylinders but because of open defecation, and then went into great detail about the effects of Japanese encephalitis, health management and other aspects of hospital care. Clearly, he has missed his calling.

Virat Kohli: Indian cricket may have been poorer for it, but there is no denying the fact that his attitude, his looks and his celebrity-status suggests he should have opted for Bollywood. After all, he already has a girlfriend from the film industry and his hook shots and cuts would definitely qualify him for action roles. There is even a movie role he is perfectly suited for—Batman.