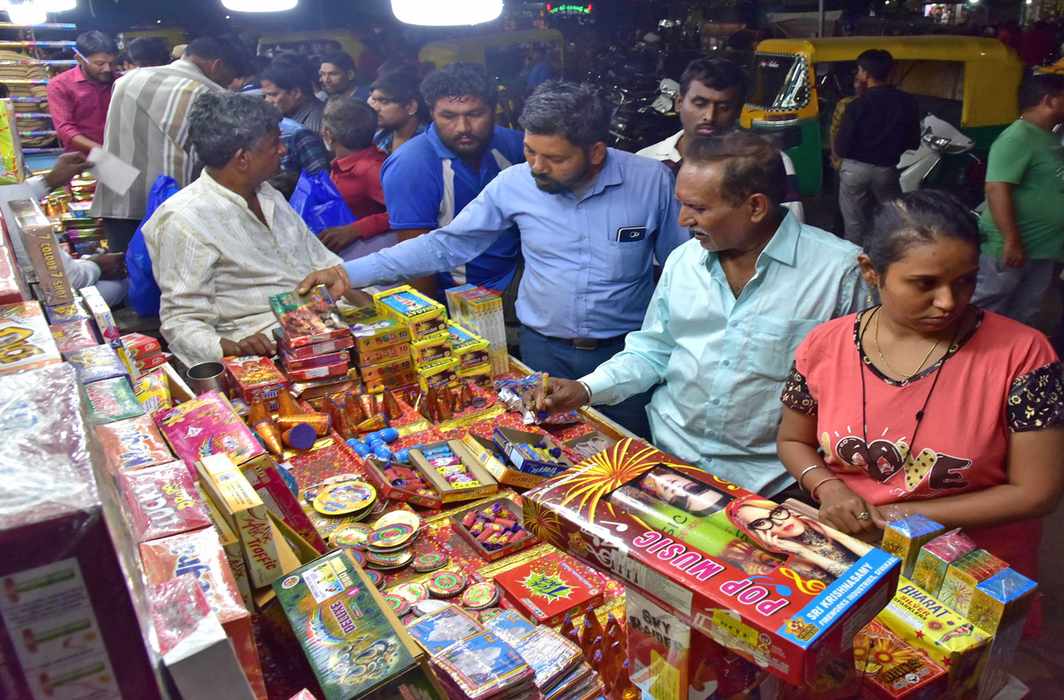 It’s that time of the year when everybody goes a bit crackers, looking to add some sparkle to the Diwali celebrations. Spirits are slightly dampened this year because the ban on firecrackers and the emphasis on green crackers, restricted in variety and not freely available, is causing sleepless nights for manufacturers and those at the receiving end of big bangs. However, North India, in particular, is used to such variations, since Diwali is not complete without a round, or several rounds, of gambling at the card table. As always, there is the underground market that compensates for any shortage and this year is no different, with a range of explosive devices to keep us entertained. Here are the more popular ones.

The Green Cracker: Named after its chief promoter Arvind Kejriwal, who is known as an expert in explosive devices, like the Aam Aadmi Party which he heads. This particular cracker, however, is typical of the promoter, a trailblazer of sorts, producing lots of sound and fury but signifying nothing much since it is hardly available and in very limited quantities. As a new entrant this year in the Diwali stakes, the Green Cracker is a great concept with an accompanying political colour since Kejriwal’s government is spending a fortune in advertising convincing us of his green credentials and in making Delhi free from pollutants, an impossible task since many of them come with a VIP tag.

The R Bomb: Earlier, the most popular firecracker was called the Atom Bomb, the loudest and most intimidating of all explosive varieties. Now, after Rajnath Singh has taken over as defence minister, it has been renamed the R Bomb, since he now threatens to eliminate Pakistan from the face of the earth at every opportunity and his favourite catchphrase is: “a befitting reply.” It may be a follow-the-leader type reaction but it loses some of its potency when lime and coconuts become the most visible symbols of India’s military muscle.

The Damp Squib: A squid is a miniature device that provides pyrotechnic effects, much like the theatrics one sees on stage during an election, but a Damp Squib promises much without delivering. The Damp Squib is also referred to as the Bababomb, since it meets the general description of being anything that falls far short of expectations, as in the Baba has bombed. In card party circles, it is called “the joker is wild” but in political circles, the phrase Damp Squib refers to any firework that fails to perform because it refuses to function if there is a misfire, leaving followers and fellow travellers headless and directionless, as in the Congress party.

The Solo Sparkler: Also referred to as the Modi Magic since it seems to be indestructible and covered with a thick coating of Teflon. The Solo Sparkler is so named because it hogs all the attention and coverage, while his cabinet colleagues recede further into the distance and become foreign objects, rarely seen and only occasionally heard. What adds to its effectiveness is its ability to appeal to a wide cross-section of users, young and old, women and men, even markets abroad, where it is often referred to as “Rockstar” by NRIs who love its pyrotechnics and dramatic effects. The Solo Sparkler is also in its element when it is in the company of fellow Solo Sparklers, as in heads of state. The “sparkler” in the brand name is also to do with the fact that it comes in a seemingly unlimited supply of designer wear made for someone with a 56-inch chest. It is marketed under the Peacock brand name.

The Mushroom Cloud: Called as such after its creator, Iman Khan, declared that a nuclear war with India was a distinct possibility. The explosive, however, is generally recognised by its characteristic sounds: bluff and bluster, now reduced, thanks to repeated usage, by sputter and fizzle. Way past its use by date, it is, however, capable of misfiring and sending sparks into the neighbour’s property.

The Sky Shot: The most popular weapon in any Diwali arsenal, it streaks into the air like a bat out of hell, or in the hands of Rohit Sharma, who could well be the brand ambassador for the Sky Shot since he plays so many of them. For those who love watching objects disappearing into the distance, or into the stands, leaving onlookers and opposition players dazzled and dumbstruck, the Rohit Sharma Sky Shot is the hottest buy this Diwali.