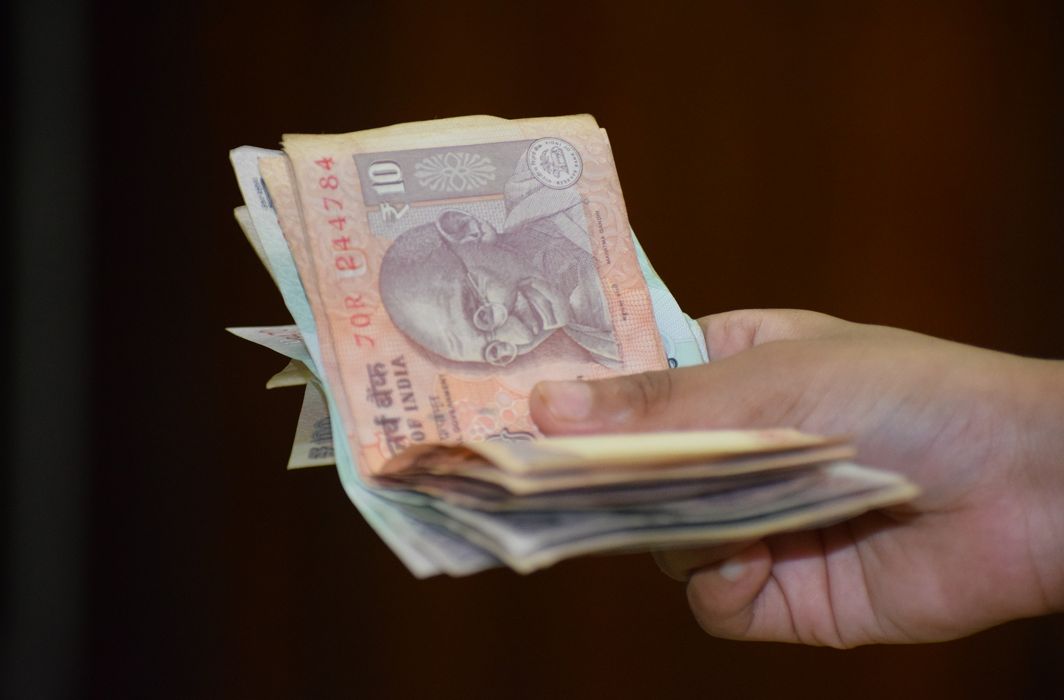 India, and Indians, has/have hit a speed bump, two in fact. The sinking value of the rupee against the almighty dollar and the dent in household budgets as fuel prices hit the rafters is now a political hot potato—if fuel to light the stove was affordable. Economists say the two are linked but for the man/woman on the road, it’s more like lynched. An intrepid reporter takes a pulse-of-the-nation survey to gauge the impact of the double whammy.

Reporter (outside Metro station): Madam, have you switched to using the Delhi Metro because of the skyrocketing fuel prices? I see many people taking the train because of the strain on their household budgets.

Lady Commuter: Yes, I was sitting next to this man who looked suspiciously like the PM, so I asked him if he was travelling in disguise to avoid paying the fare. It turned out that it was the PM, he was travelling to Dwarka, so while taking a selfie, I thanked him for saving public money on the cost of using his convoy of SUVs.

Reporter: What did he say?

LC: He said Mitro, so I reminded him it was metro. He thanked me for correcting him and said he makes sacrifices for the nation every day and to wait in the queue, acche din was coming.

Reporter: Sir you look harassed and stressed staring at your car. Is it pinching that much?

Man with car: Yes, I am stressed. My daughter got married recently and I gave my son-in-law a new car. He has now returned it, saying he cannot afford both, so it’s either my daughter or the car.

Reporter to car owner: Sir, you are the first car owner I have met who is looking happy, what’s the secret?

Car owner: I am a garment exporter. The fall of the rupee has been a pre-Diwali bonus. In fact, I am on my way to buy a new car and then join a party for exporters at the Oberoi hotel.

Reporter: I heard that importers who are badly hit by the rupee fall are holding their own get-together, do you know where that is?

Reporter to Congressman: Netaji, I see you are as high as petrol prices, you finally have a burning issue you can target the BJP with?

Congressman: Yes, it is burning a hole in everyone’s pocket. As a party, we were running on empty, but now we have an issue we can take to the people and I am in charge of fuelling the Bharat Bandh campaign.

Congressman: You see, I switched to Congress from BJP, and eight years ago, the NDA made me in charge of the Bharat Bandh they had planned.

Reporter: What was the issue?

Reporter: Sub Inspector, I see you are painting a new slogan, what is it?

Reporter: What has prompted such bad advice?

Cop: Because liquor is now cheaper than petrol.

Reporter to Woman: Madam, you look very happy, are you an exporter, working for an oil company, the tax department, what’s the secret?

Woman: I’m the mother of the bride, and my in-laws have just sent across the most wonderful gift.

Woman: A jerry can of petrol. Acche din aa gaye.

Reporter to Petrol Pump owner: Sir, you too look harassed and upset. Retailers should be celebrating. What is fuelling your anger?

PPO: My pumps. They are calibrated to show a maximum of Rs 99.99. To add a fifth decimal, I will have to pay someone to recalibrate all my dispensing pumps. It’s now a competition between the rupee and petrol to see which one hits a century first.

Reporter to Goon-for-hire: Dada, you look down and out: elections are approaching, JNU is on fire, lynchings are on a high, you should be thrilled?

GFH: NOTA. Our biggest payday is when there are bandhs called by political parties, and we are called upon to set buses and cars on fire along with tyres and innocent bystanders. Alas, that has come to a standstill thanks to petrol prices and so few vehicles on the road.

Reporter: But the Congress is calling Bharat Bandhs over fuel and rupee rates?

GFH: They have a shortage of funds. We sent an appeal to the BJP but they said their big tamasha was on September 29, and we have no role to pay.

Reporter: I’m sure the suffering public will want to know what they are celebrating.