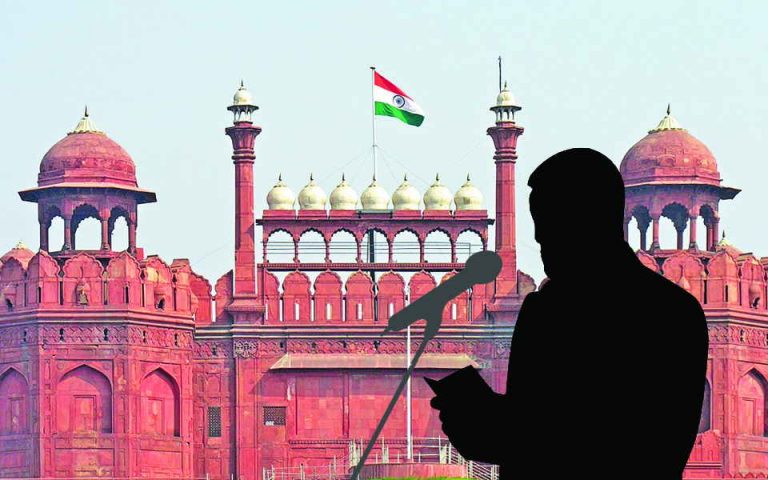 Each year, on August 15, we turn to the Red Fort to hear what our leader of the day has to say about freedom and our future. The speeches are usually, as Donald Trump would say, full of “fire and fury’’. Since the original Independence Day, we have heard 13 prime ministers give us their idea of India with varying degrees of oratorical impact. Some were deserving of high office, others imposed by circumstance and political expediency, but all made immortal at the ramparts of Red Fort. Seventy years down the line, here’s what we remember from our leaders.

Jawaharlal Nehru: Many years ago, we made a tryst with destiny. At the midnight hour, India awakes to a new dawn and new friendships. Hindi-Chini bhai-bhai. Nehru-Edwina bhai-behan. India clings to me, as does my daughter, but history beckons us. History is always written by the victors or rewritten, even erased. Beware of strong leaders, of Caesars, they must be checked. Be alert. Aaram haram hai!

Lal Bahadur Shastri:  There comes a time in the life of every nation when it stands at the cross-roads of history and must choose which way to go. But for us there need be no difficulty or hesitation, no looking to right or left. We need a green revolution and a white revolution, not a red or a saffron one. Jai Jawan, Jai Kisan.

Indira Gandhi: Garibi hatao (in a aside: “I don’t mean those people brought to hear this speech”), desh bachao. Eternal vigilance is the price of freedom. Too much freedom is also not good, and may require emergency treatment. We must ensure that the trains run on time, that population is curbed along with the opposition and the press, and we will soon see a new son rise, I mean sunrise.

Morarji Desai: There are only a few ways in which we can save and serve India. One is demonetisation, the other is prohibition, then there is vegetarianism, celibacy, and to preserve the health of our citizens, they need the water of life, to drink from their own cistern when they are in trouble. It tastes fine, no need to add sugar.

Rajiv Gandhi: The ground is shaking, a big tree has fallen. It must be a people tree. The people should beware: those who ride on their backs are the brokers of power and influence. Also beware of barking dogs, they seldom bite, and Sri Lankan sailors, and even your own President, and Swedish radio programs. If you do not do all this, nani yaad dila denge.

VP Singh: I know I said I would be a disaster as prime minister, but that was before I became Prime Minister. While politics is the art of the possible, history is the art of the impossible. I have never hesitated in attempting the impossible. My life is dedicated to acronyms—to SCs and STs and OBCs and making sure the backwards go forward and that students have some fire in their bellies. Others go to pandals, I go to Mandal.

Atal Bihari Vajpayee: I’ve waited 40 years, now it is my turn. (Long pause). Actually, it’s my third turn, one lasted 13 days, the other 13 months (longer pause). It must be my unlucky number. It is better to make haste slowly (longest pause) that is why I am taking a bus to Lahore.  It may seem like there is darkness all around but do not worry, India is shining.

HD Deve Gowda: zzzzzzzzz. Sorry, I have this habit of nodding off. People call me an accidental prime minister, others call me a sleeping politician but I am awake to the dangers of coalition governments. zzzzzz. Sorry, what was I saying…?

Manmohan Singh: I awoke the animal spirits in the economy even though people called me a lamb and even worse, a pet poodle. Somebody said that I have a unique ability to have a bath with a raincoat on, but my life is an open book, even though it has been ghost-written.

Narendra Modi: Mitron, let us get rid of poverty, dirt, corruption, terrorism, black money, casteism, communalism and the Congress. That is the only way to build such a beautiful India that all Americans will stand in line to get a visa to come here. Bharat Mata Ki Jai!