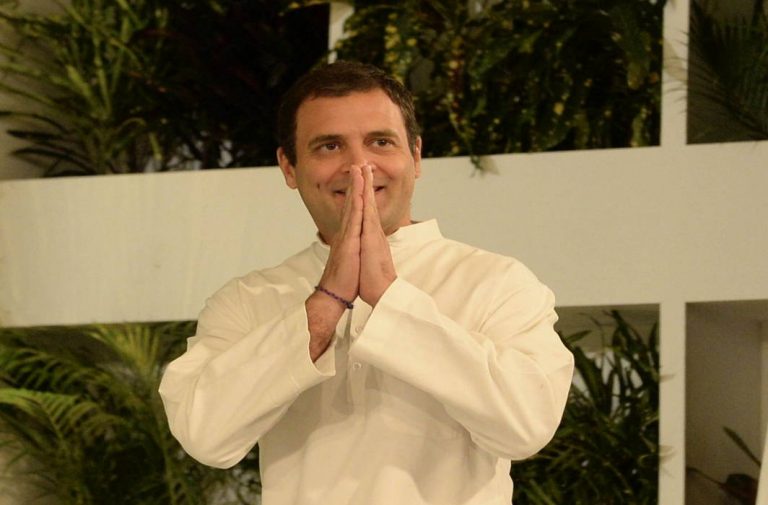 It’s only October 2 and we should be thinking of that Gandhi fellow, instead we are thinking of that other Gandhi fellow and wondering whether he really has any chance of sitting in that famous chair and winning the Big Prize in Kaun Banega PM? the new reality show that everyone is talking about. The show’s famous host uses technology to come up with the right answers. Instead of computerji, it is now Sirji (with apologies to Apple) which uses algorithms to look at history and voter’s preferences to show how choosing the next PM could be an artificially intelligent task.

Host: Sirji, now that you have replaced computerji, can you tell us the answer to the million rupee question, Kaun Banega PM?

Sirji: It doesn’t need any great intelligence or a Google map to tell you where the road leads. Algorithm provides all the clues and answers.

Host: I know I appear in all these ads for mobile phones and apps, but how does technology use history to tell us who the next PM will be?

Sirji: Let’s go one by one through the list of India’s prime ministers and you will have your answer. Who was India’s first prime minister?

Host: Nehru, everyone knows that…don’t they, was he?

Sirji: When Nehru became prime minister it proved that a man of affluence, highly educated with a liberal world view and a rose in his buttonhole could become Prime Minister of a desperately poor country with socialistic leanings.

Sirji: Who became PM after him?

Host: Can I phone a friend?

Sirji: Lal Bahadur Shastri, the total opposite, a man from a poor background, he was a follower, not a born leader, but he proved that a poor man from a humble background could become the prime minister.

Host: Using AI, I will anticipate your next question; who was the third PM of India and what did it prove?

Sirji: Indira Gandhi became India’s next PM, proving that in a fiercely patriarchal society, a woman could also be elected prime minister, not once but twice.

Host: So we have a man of affluence, a poor man, a woman, what next?

Sirji: We got Morarji Desai, an ascetic who drank his own urine, enforced prohibition, was unable to get on with his cabinet colleagues and was a cantankerous old man—the oldest head of state at the time. It proved that one man’s foibles and fads could be foisted on an entire nation.

Host: I see the qualifications for PM have broadened considerably.

Sirji: We also had Charan Singh, a peasant from the heart of rural India, born in a village and the first from the farming community to become PM. Democracy redefined.

Host: I’d forgotten he was PM, but then we took off?

Sirji: Literally. Rajiv became PM and proved that a co-pilot could take over the jumbo jet that was India, so an aviation sector professional and total non-politician with a foreign wife became PM.

Host: What a democracy Sirji!

Sirji: Next up was VP Singh, a man with royal antecedents who single handedly brought down the previous government. So we have a right royal rebel taking over as Prime Minister.

Host: Not one of our most inspiring choices, so what came next?

Sirji: Narasimha Rao, the first holder of the PM post from down south, proving that the PM post was not a monopoly of Hindi-speaking north Indians.

Host: A non-economist who introduced the big bang theory of economy. But then we had another south Indian PM?

Host: What did he prove?

Sirji: That anybody can become Prime Minister.

Host:  Quite, then if I recall, there was AB Vajpayee.

Sirji: Correct answer, he proved that a bachelor could become Prime Minister.

Host: My God this AI and algorithm is really something.

Sirji: Yes, since next up was Manmohan Singh who proved that India does not even need a Prime Minister.

Host: Yes, in our house too, whoever holds the remote has power over everybody. This is getting interesting. We have a real cross section of Indian society making it to the top, like being at a railway station in India.

Host: Those algorithms can be confusing, or confused. Tell me, does all that offer any clues as to who will be the next PM?

Sirji: Artificial intelligence and algorithms draw a blank when it comes to something that is so Indian, like the shake of the head which says both yes and no. We are up against the most unpredictable force on earth.

Host: What is that?