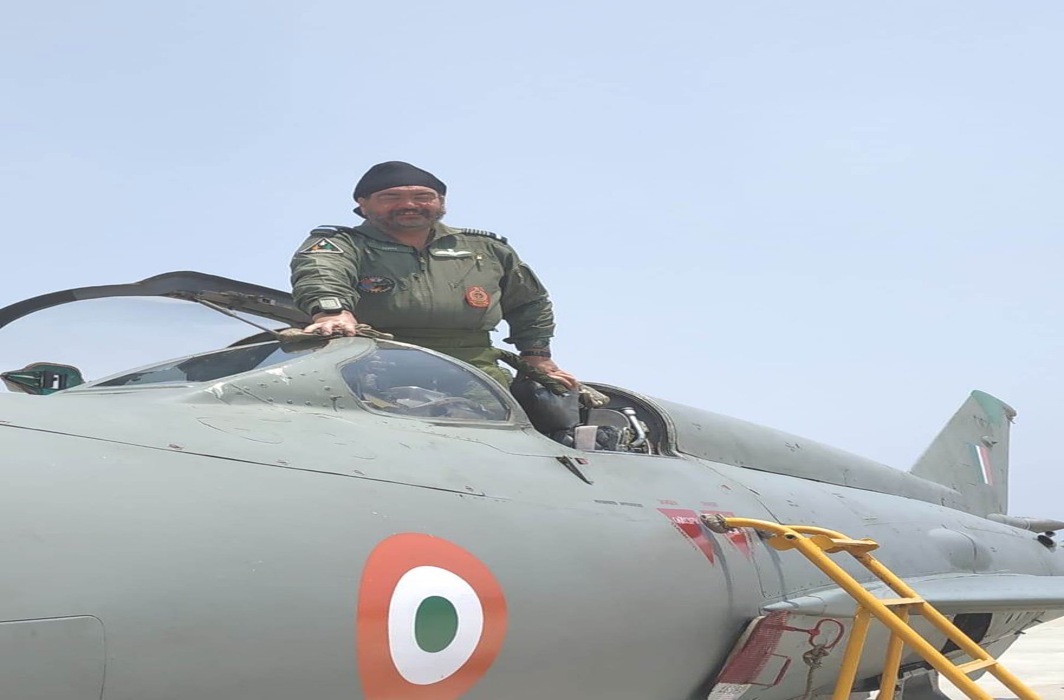 A big deal was made about the air force chief taking to the skies in a Mig-21 and taking part in the Missing Man formation, in honour of a fallen comrade. Now, television studios across the country are performing the same role, albeit on the ground since the Congress has decided to ground its spokesmen and women from appearing on TV debates. Here’s the consequence:

Talking Head:  Are we expecting another guest, I see an empty chair slightly left of centre…

Anchor: I’m glad you asked, we are calling it the missing man formation since there will be no Congress representative under instructions from the boss who himself has gone missing.

Talking Head:  I fail to grasp the logic of the boycott. Isn’t this the time they need to explain what went wrong and what is being done to right it?

Talking Head 2: We in the BJP would welcome a civilised debate with Congress representatives. It is decades of appeasement policies starting with Nehru and that chap Gandhi which has led to the present pass where the concept of Congress mukt Bharat is coming true. This new political muan vrat taken by Rahul Gandhi is not an indication that silence is golden.

Caller: Hello, this is an anonymous caller. I was watching your programme and felt the urge to call in to reassure everybody that there is deep introspection and analysis going on into the election debacle and changes are in the offing…

Anchor: Are you a Congress spokesman, can you identify yourself?

Caller: No, no, I’m just an innocent bystander but I can’t stand by innocently and allow these uncontested remarks to be made in an open debate, often introspection involves long periods of silence by leaders of substance….

Anchor: So you are a Congressman, we have reserved a chair for you.

Talking Head 3: Right now, it’s more like musical chairs in the Congress with everyone waiting for the signal from Rahul.

Caller: Lots of senior leaders have resigned along with Rahul Gandhi but that is a sign of collective responsibility and not that they are resigned to their fate.

Anchor: It would make more sense if you were physically present at this table so I can glower at you, cut you off mid-sentence, shout at you and mock Rahul Gandhi. I have built my entire reputation on that, making us the number one news channel according to the latest TRAI figures. I will even send a chauffeur driven luxury sedan to pick you up and bring you right to the studio.

Caller:  Sorry, my mobile network seems to have crashed, the reception here is terrible, it cuts off in the middle of any long word like Thiruvananthapuram, for instance.

Studio Two: We are known for our innovation, which is why instead of an empty chair and the missing man concept we have dressed a volunteer in khadi and draped him with the Congress flag. Just like whenever there is a border issue with Pakistan, we dress our reporter in camouflaged fatigues and give him a toy gun. This kind of thinking makes us the number one channel according to the latest TRAI figures. So, Mr Congressman, what are you thinking now that your party has been Balakoted in last week’s surgical strike.

Faux Congressman: Well, I’m thinking there are a lot of positives that have emerged…

Anchor: (Spluttering) positives? Look just play the part, take your cheque and don’t make ridiculous statements. This is a serious debate minus the shouting and screaming and spluttering.

Faux Congressman: Speaking as a faux Congressman draped in the party flag, let me play the part. It will lead to no more charges of dynastic succession and one-family rule. It will allow for an internal churning and reorganisation which could benefit the party and bring in new faces into decision making roles….

Caller: Precisely. I’m just a random caller with roaming facilities and a point of view. The fact is that to speak blithely of defeat and victory is a specious argument. We need decentralised governance, not one-man top-down organisation. Leadership, like love, works best when it is shared.

Anchor: Mr Tharoor, is that you?

Faux Congressman: As I was saying before I was so rudely interrupted, it gives the party a chance to promote some new faces and change the character of the present leadership.

Anchor: And when do you think that miracle will happen?

Faux Congressman: Whenever Rahul realises that the party is more important than Pidi.