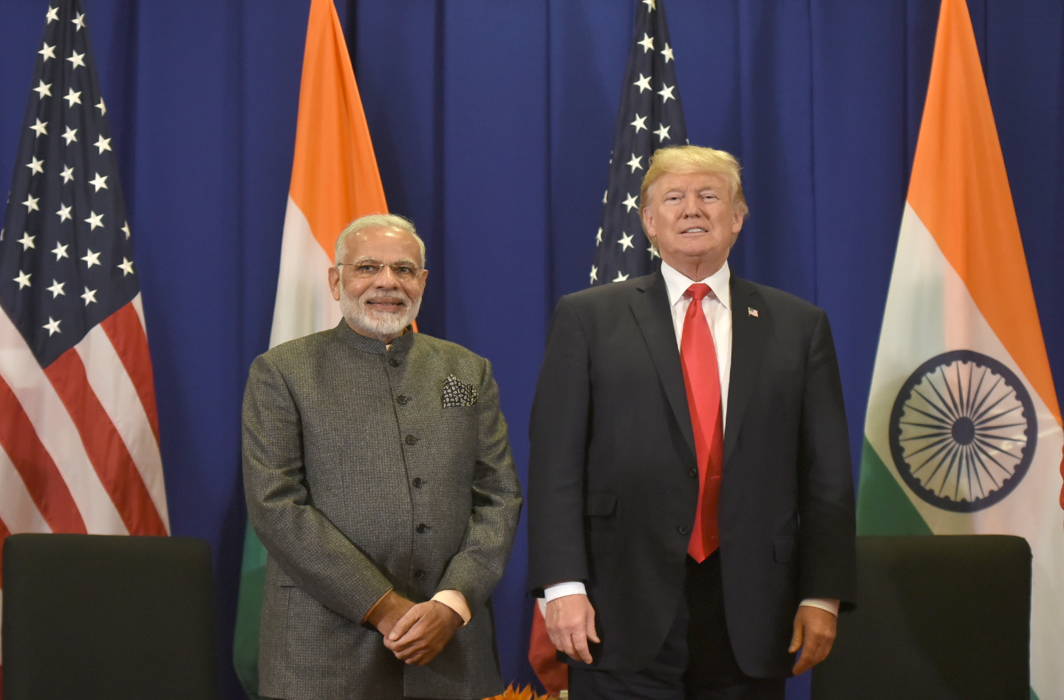 There is heightened speculation about whether US President Donald Trump will accept his Indian counterpart’s invitation to be the chief guest for the Republic Day celebrations early next year. The US President, as everyone knows by now, is totally unpredictable and often unprintable, so the question remains up in the air. However, a discussion did happen in the Oval Office between Trump and his Secretary of State, Michael Pompeo, on whether he should accept the invite. Excerpts leaked by a White House plumber:

Pompeo: The Indians are pressing us for a decision and I told them we have some reservations but you will take a call soon.

Trump: Those nasty Indians, we kicked them off their reservations and they started opening casinos, which is why my Taj Mahal went bust…

Pompeo: Sir, this is about India, not about the red Indians. We were all sorry when Trump Taj Mahal casino closed down, but they have one in India as well, not a casino, but the original, and the invitation is from Prime Minister Modi…

Trump: Oh, the Hugging Man. Well, I quite like Asia, remember my last visit when I met the Rocket Man and I taught him the art of the deal, even gave him a signed copy. I’m hoping it’ll get me the Nobel Peace Prize.

Pompeo: Well, if Obama could get it, you should be a certainty, as long as Rocket Man keeps his end of the deal, he’s a bit unstable.

Trump: Well, I am a stable genius, I deserve every prize there is on offer. Is this Hugging Man going to offer me any?

Pompeo: No sir, their President does that, he hands out medals on that day to services personnel, like our Purple Hearts, but no medals for the guests. You are the guest of honour at a military parade where there will be huge crowds who will be there to welcome you. They will even have cops showering you with rose petals from a helicopter.

Trump: How big are the crowds? Surely not as big as at my inauguration? Can’t have that, but the helicopter and rose petals is a nice idea. I like it, but no hugs, that Modi guy grabs you like it’s some hot new bromance. I am all for grabbing people, but this male-bonding is a bit stifling. We lay down conditions for the visit. First one, no hugs.

Pompeo: Fine, we can get that message across, any other conditions?

Trump: Avoid any official receptions where I have to inspect the guard of honour. I did that at Buckingham palace and got a lot of flak for walking in front of the Queen, though I can’t understand what the fuss was all about. Melania walks behind me all the time.

Pompeo: No problem with that, women walking behind men is an ancient Indian custom I hear.

Pompeo: What is that? The whole world is waiting to hear what you meant in that tweet. Is it the code for the nuclear button?

Trump: I meant coverage, as in media coverage. And not that stuff the fake media puts out like CNN, it has to be positive and praiseworthy, no Trump jokes or stuff about me being sued by women or the revolving door at the White House. They can only report on my achievements since becoming President.

Melania: (Entering) That will take up half a column, what else can they write about?

Trump: My brilliant negotiations, my genius, reviving the economy, curbing hate crime, bringing peace to the world, bringing Iran and Russia to its knees, making America great again. By the way, I hear Modi has a similar slogan?

Trump: Any irritants in the relationship?

Trump: I know where Pakistan is, which continent is Basmati on? And who is its leader.

Melania: It’s the name of an aromatic rice, we have raised objections to its import.

Pompeo: In any case, US-India relations are quite stable, we are about to have the 2+2 dialogue.

Pompeo: Right, anyway, India is a friendly country and all we have to worry about during the talks is the H1B issue.

Trump: Aids, we are talking about aid?

Pompeo: Sir, that’s HIV, this is to do with visas.