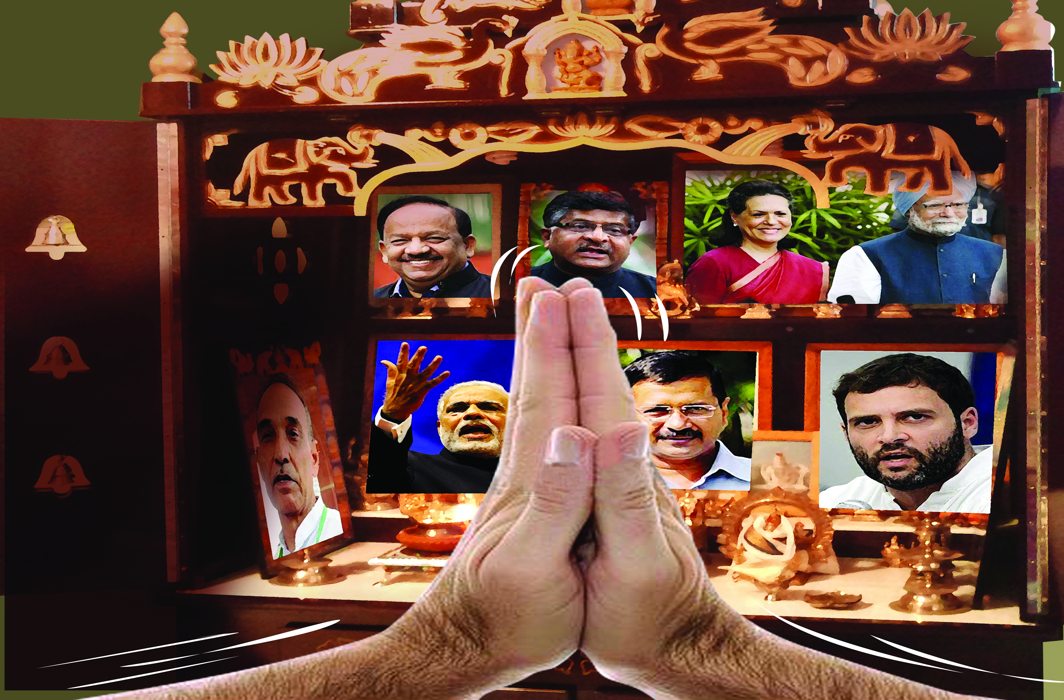 Delhi Chief Minister Arvind Kejriwal launched the trend by a flurry of apologies to various people he had insulted, then we had Navjot Singh Sidhu saying sorry to former PM Manmohan Singh for some unkind cuts he had essayed in his earlier BJP avatar. Who else needs to say sorry? Actually, it’s quite a long list.

Mark Zuckerberg to Ravi Shankar Prasad: The founder and CEO of the social media giant must be quaking in his sneakers after being threatened by Ravi Shankar Prasad, who reminded Zuckerberg, one of the world’s most influential and richest tycoons, that he was India’s IT Minister, and therefore needed a more abject apology than others, and not on Facebook but in person, since, mark his words, he could be summoned to India. If only Prasad could do the same for Mallya, Nirav, Choksi and the many other absconders living abroad on public money, we would all fold our hands in gratitude.

Kejriwal to Whosoever is Concerned: At last count, there were 33 individuals (not counting Delhi’s Chief Secretary) who the CM has apologised to, or has sent IOUs to. He is doing so at the rate of around one a day so he should be through in a month, trying to save himself from defamation cases in various courts, not to mention legal costs and damages if found guilty. Some have accepted and dropped the suits but it may not suit Arun Jaitley who seems determined to corner Kejriwal by hook or by crook with the `20 crore he has asked for in damages for being called a ‘crook’. The real fear is that this belated act of collective contrition may leave AAP as an apology for a party.

Rahul Gandhi to Pidi: For having turned him into a celebrity, a social media star with the ‘bow’ factor. Now, every time his master receives visitors, poor Pidi has to get up on his hind legs and balance a biscuit on his nose. Which is what he was doing when Assam’s Himanta Biswas Sarma arrived for an important meeting with the now Congress President. Having being ignored in favour of a performing pet, Sarma quit the party and Congress lost Assam: an example of the tail wagging the dog.

Harsh Vardhan to Albert Einstein: For claiming that Stephen Hawking, the famed cosmologist who recently passed away, had said that the Vedas had a theory superior to Einstein’s theory of e=mc2. Now that the Stephen Hawking Foundation has denied that he said any such thing, an apology is required from the minister, if only so that the theory of relativity is not dumped in some black hole.

Satyapal Singh to Isaac Newton and Darwin: Like his cabinet colleague, the Minister of State for Human Resources owes another famous scientist an apology after claiming that “certain mantras codified the laws of motion much before they were discovered by Newton”.  Earlier, he had stated in public that Darwin’s theory of evolution was incorrect and should not be taught in schools. Here’s a theory he should follow: the Hindu rate of growth is proportionate to the ignorance of its proponents.

Narendra Modi to World Leaders:  For all the fierce hugs he has subjected them to, the diplomatic equivalent of chest bumps exchanged by sportsmen. Before Modi arrived on the global stage with his arms akimbo, leaders were content with formal handshakes apart from the Japanese who preferred to bow, and the Eskimos who rubbed noses. Now that Modi has given the hug all-embracing appeal, the sale of deodorants has gone through the roof.

Sonia Gandhi to Manmohan Singh: For pushing the meek and mild technocrat into becoming a reluctant, Accidental Prime Minister and having to take all the flak for sins of omission and commissions during the UPA rule. He did India proud but his prolonged silence spoke louder than words. Now, he faces the ultimate humiliation—being portrayed in a movie by the BJP’s biggest fan and Congress baiter, Anupam Kher!