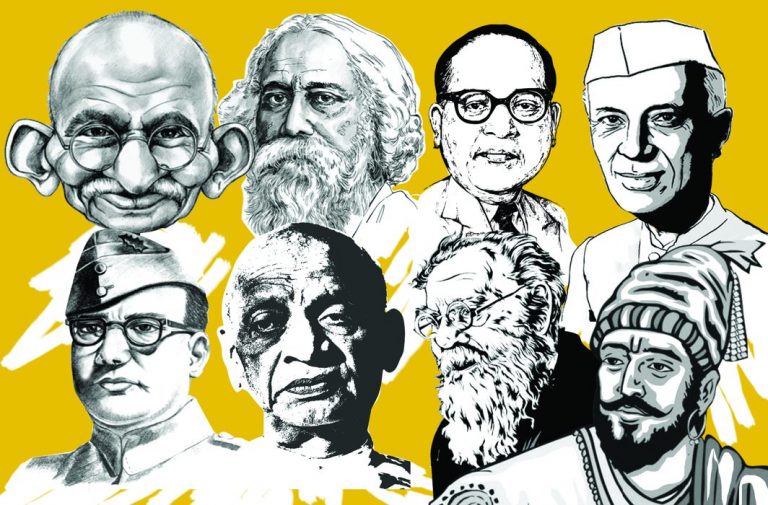 Last week witnessed a historic event; an emergency meeting of the Famous Statues of India (FSI), a grouping of famous personalities from history. Though preserved in stone and atop pedestals or inside temples of learning and prayer, they now find their foundations undermined and in danger of losing their FSI ranking. Here’s how the discussion went.

Gandhi: As the most famous FSI alumni and as the official Father of the Nation, I face no statue of limitations. In any case, since I have the maximum number of edifices, I will head this meeting.

Lenin: What about me? I had central avenues named after me and now I have been rendered headless. How have the mighty fallen!

Tagore: Full marx to Lenin and his followers for surviving for so long but history has taught us that dogmas do get overturned. However, I agree, we have all been shaken to our foundations. Till now, our greatest threat came from pigeons. We now need to put our heads together—unfortunately Lenin seems to have lost his.

Gandhi: I hereby call this meeting to order. Let me assure the other FSI members that I am the same Gandhi as I was in 1920. I have not changed in any fundamental aspect, apart from the pigmentation changes added by the aforementioned pigeons, but I have the same approach to non-violence that I did then. Let me assure all present that there is no contradiction between the present crisis and my previous writings and utterances.

Ambedkar: I seem to remember that speech back in 1942 but the context seems to be similar. It was Quit India then and the current attacks on statues seem to be with the same objective…

Nehru: Yes, I have been hearing this phrase Congress-Mukt Bharat quite often these days but now this quit India craze seems to be more broad-based.

Subhas Chandra Bose: I agree, it is a worrying trend. There are many statues in my name even though people refuse to believe I am dead or even give me a decent burial. As kids, we all played a game called statue, but now we have cemented our place in history, this is not fair to my comrades in cement. What will happen if Bengal falls along the lines of what happened in Meghalaya—will I fall victim to the toppling game?

Sardar Patel: I can take comfort in the knowledge that I will be the last man standing. As the current icon, my foundations are as powerful as I was, according to the other national icon, Narendra Modi: he says that all of Kashmir would have been India’s had I been PM instead of Nehru.

Nehru: Then there would have been no tryst with destiny, no awakening at midnight, not to mention my place in history as the man who laid the foundations of modern India. Now, those very foundations are being undermined. From a giant I have been made out to be a pygmy.

Patel: That’s why I stand head and shoulders above you. The foundation of my statue has been laid in Gujarat and it will be 597 feet high, the world’s tallest, in keeping with my image as the tallest leader.

Nehru: Do you realise that your supporters are building you up while dividing the country?

Patel: (loftily): It will be called the State of Unity.

Periyar: Look at me? I started the Self-Respect Movement and those vandals are disrespecting me. Tirupattur is not Tripura so clearly the attacks are on Dravidian ideology. I was also de face of the move against idol worship and that’s what they have done to me.

Shivaji: Talking about defacing, my statue is sea facing, once it comes up in Mumbai. I will restore lost glory since I will have my sena behind me.

Ambedkar:  In my humble opinion, we have far too many statues in this country. I call it idle worship. I was the only Dalit icon for so many decades, and now we have statues of Kanshi Ram all over UP along with those of that lady with the handbag claiming my legacy. In fact, there are more statues of her than of me. So we come back to the central question; we desperately need a statue of limitations. I really should have included that in the Fifth Schedule of the Constitution on Scheduled Tribes and related matters.

Syama Prasad Mukherjee: Even my statues are not safe in Kolkata; it’s become an eye for an eye. Lenin’s revenge I would say.

Gandhi: You know what I famously said about this eye for an eye syndrome. It only ends up making the whole world blind.