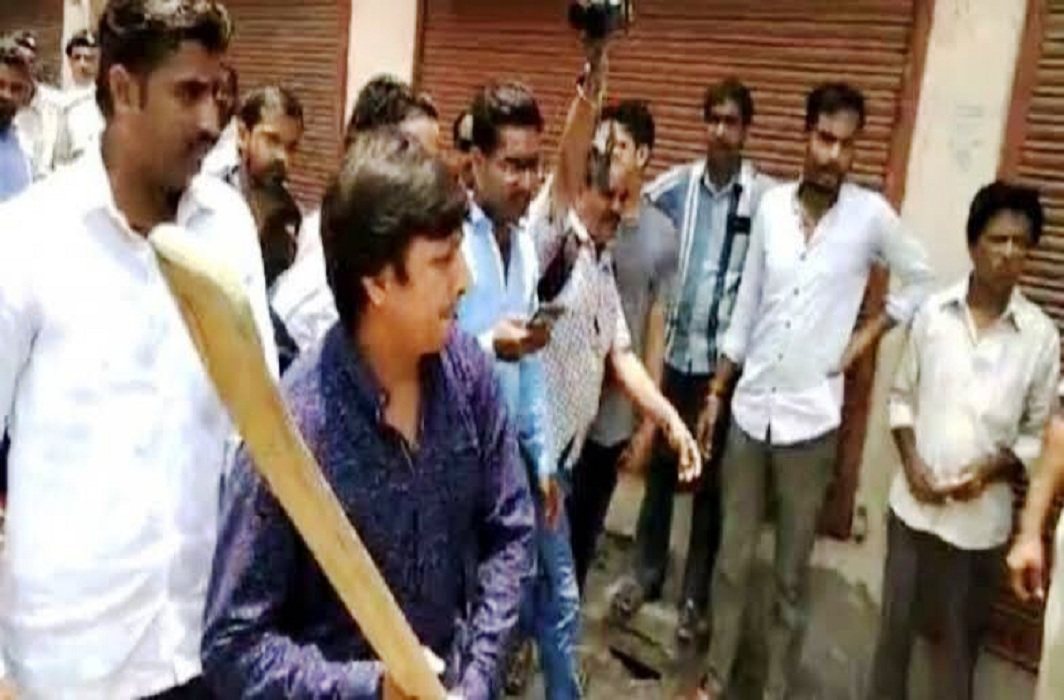 The start of the Cricket World Cup 2019 has coincided with another famous victory—the return of the Narendra Modi government to Lord over the field of play, most significantly, as was seen in the electoral process, with their choice of umpires. Now, as the tournament’s business end approaches, the Indian team will be abandoning their traditional blue playing gear and switch to saffron. TV channels, which have regular programming called Follow the Blues, will now need to change with the times and Follow the Saffron, which doubles up as a strong political statement. That’s only the start of building Team New India. Here’s what to expect:

New Power Hitters: Forget Rohit Sharma and Hardik Pandya, they will need to be replaced by a new breed of powerful hitters, as opposed to power hitters, in the new India team. One name already in the reckoning, now that Gautam Gambhir has joined the BJP after having retired very hurt, is Akash Vijayvargiya, the state BJP general secretary’s son and a party’s MLA in Madhya Pradesh. A video which was live streamed, shows him attacking a civic body official with a cricket bat. His expertise in wielding the willow proves his ability to demolish any opposition—his assault was to do with a local demolition drive. Vijayvargiya now has another attribute for qualification in Team New India—he has an arresting personality.

Stiff Upper Lip: It used to be a very English characteristic, but the new breed of Indian batsmen will have to emulate that defensive emotion to ensure that the most prominent feature on their faces is a national, and nationalist, icon, a gunslinger moustache held firmly in place with the help of cosmetics. Ever since his return to India after being captured by rivals Pakistan, Wing Commander Abhinandan Varthaman has become a hero and a symbol of Indian pride thanks to his thick, gunslinger moustache and his mutton chop beard, so much so that newly appointed leader of the Congress in the Lok Sabha, Adhir Ranjan Chowdhury, has made the suggestion that it should be declared the “national moustache”. Already, barber shops feature photos of the fighter pilot for their more nationalistic-minded customers to emulate, and if parliament does take note of the suggestion, the new India cricket team, as prominent ambassadors of the country, may have to face a rather hair-raising experience.

Mass Wicket Takers:  For any cricket team, the real match winning player is the one who takes the most wickets on a consistent basis. For the New India Team, they need look no further than Sarbananda Sonowal, Assam’s current chief minister. Having kick started the process to eliminate foreigners, or the wrong ’uns, to use a cricketing term, he has also set in motion a competition among tribunals to be, what members are calling, the highest wicket-taker–the one who can declare the maximum number of people as being out. So fierce is the competition that even those who have spent their entire career serving in the army, have been given out under the new DRS (Denizen Rating System) review. At two million “foreigners” and counting, the highest wicket taker will definitely be from Assam, the first from that state to join the new India cricket team.

Blind Man’s Bluff:  Every team has a panel of expert analysts, not the ones in the crowd, but those hand-picked for their experience and expertise whose job is to look closely at the goings on the field via a small screen and come up with arcane observations and expert analysis. They are usually found sitting along with the India team players so they can interact with captain and coach. The New India Team, however, does things differently. They have people from Doordarshan who deliver “live” coverage of the cricket World Cup matches without once showing a bat or a ball, or players or even the match! This is courtesy the team that anchors “ICC World Cup Adda 2019 Live” on DD Sports. Here, two or three individuals (not ex-players like in The Dugout) sit and pontificate on the game of cricket although not necessarily connected to the game at hand—for the entire duration of a match being played out in England. This can last over eight hours and since DD is allowed to broadcast for free thanks to the no ball issued by the Ministry of I&B, it must justify its presence, even if it is burdening the television public with three unknown faces and not a single live image from the actual event. That is the power of technology in the new India.

The New Bharat Army: A suggestion made by members of the real Bharat army, now cloaked in invincibility and armed with lathis and iron rods, that all boundaries, fours and sixes hit by an Indian batsman, or the fall of an opposition wicket, be greeted with shouts of Jai Shri Ram and waving of saffron flags. It’s the new mantra for a new India, even if it isn’t quite cricket.