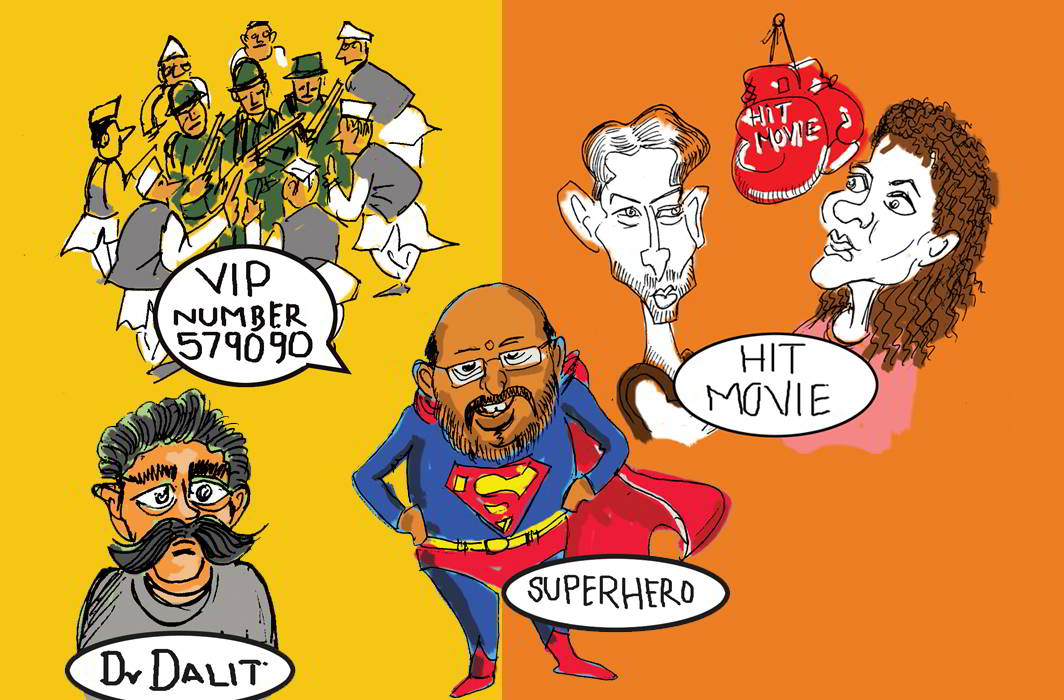 Now that the Uttar Pradesh government has decreed that the Taj Mahal is no longer an edifice of interest, our bucket list of attractions to see before you kick the bucket has shrunk like middle class wallets. There is, however, no need to despair—forget about the yogis and snake charmers, here’s a list of new attractions that are worth a visit.

Elphinstone Bridge: The reason why it is now an attraction, macabre no doubt, is that it is a standing (what’s left of it) monument to the stupidity of man. In this case railway officials who found it a bridge too far when deciding on extensions and repairs of Mumbai’s pedestrian overbridges. It also serves as a monument to the dangerous Indian habit of interpreting fake news and rumours as fact and running amok as a result.

Amit Shah: You see him here, you see him there, you see him everywhere. No, not the Scarlet Pimpernel or Subramanian Swamy but BJP’s lodestar, Amit Shah. A leading news magazine has just put him on its cover, turning him into a superhero combing the X-ray vision of Superman, the mind of Machiavelli, the survival instincts of Spiderman and the supernatural powers of Invisible Man which allows him to lead a rally in Kerala but end up in South Block instead to crack the code of GST. His greatest superpower, however, is that he is like Buffy the Vampire Slayer, demolishing all bloodsuckers (read Congress) from the face of the earth. Superheroes are tough to find these days which makes Mr Shah a unique attraction.

India’s VIPs: You really can’t see them at all because of the security surrounding them but this is a species that is unique in the world for many reasons, some 5,79,092 of them. That is, in fact, the number of official VIPs in India. No country in the world has produced so many VIPs, despite the banning of revolving red lights and sirens. Some comparisons are in order. Britain, officially, has 84 VIPs, France has 109, Japan has 125, Germany has 142 while the US has 252. (In Communist China, where everyone is supposed to be equal, there are 435 VIPs on the official list.) India’s staggering number of VIPs means a staggering bill for security, special services, flights, conveyance, etc, all paid for by another unique attraction—the Indian taxpayer. For tourists, VIPs can be spotted at airports throwing tantrums, or from the viewing gallery in parliament or state assemblies, throwing everything from mikes to chairs and paper balls.

Kangana Ranaut and Hrithik Roshan: Bollywood stars are a surefire attraction especially when the controversy over whether there was a mutual attraction or not has led to the pair taking pot shots at each other. It’s unclear who qualifies as hero and which one the villain, but a Bollywood feud between two red hot stars is the stuff of paparazzi dreams. In America, they made a television movie out of the fabled feud between Bette Davis and Joan Crawford, which goes to prove that art does indeed imitate life. Bollywood stars, hot bodies, salacious gossip, claims and counter claims, and the mystery of who did what to whom makes for the ultimate voyeuristic experience.

Dalits with Moustaches: This is a recent phenomenon and offers tourists a fascinating study of India’s unique class and caste system where advantaged classes violently resent any political and social assertion by those they believe were born inferior. Dalits with moustaches are a vanishing breed, much like the snow leopard, mainly because they are hunted down by upper castes in states like Gujarat and hung, drawn or quartered just because of a little hair on the upper lip. The fascination of lynching as a sport has sprouted in India, much like the aforesaid hair, replacing the famous Hanging Gardens of Mumbai as an attraction. Dalits with moustaches are, however, a more palatable sight since the threats to their lives is a case of hair today and gone tomorrow.

Jantar Mantar: Used to be a touristy attraction, mainly because of the ancient sundial, but time is now running out. Having turned into India’s answer to London’s Speaker’s Corner in Hyde Park, it became an attraction for protestors of all hues and persuasions, most prominently ex-servicemen demanding OROP, but now that the Green Tribunal has stepped in and thrown everyone out, it can now be converted into a memorial to the Unknown Soldier.