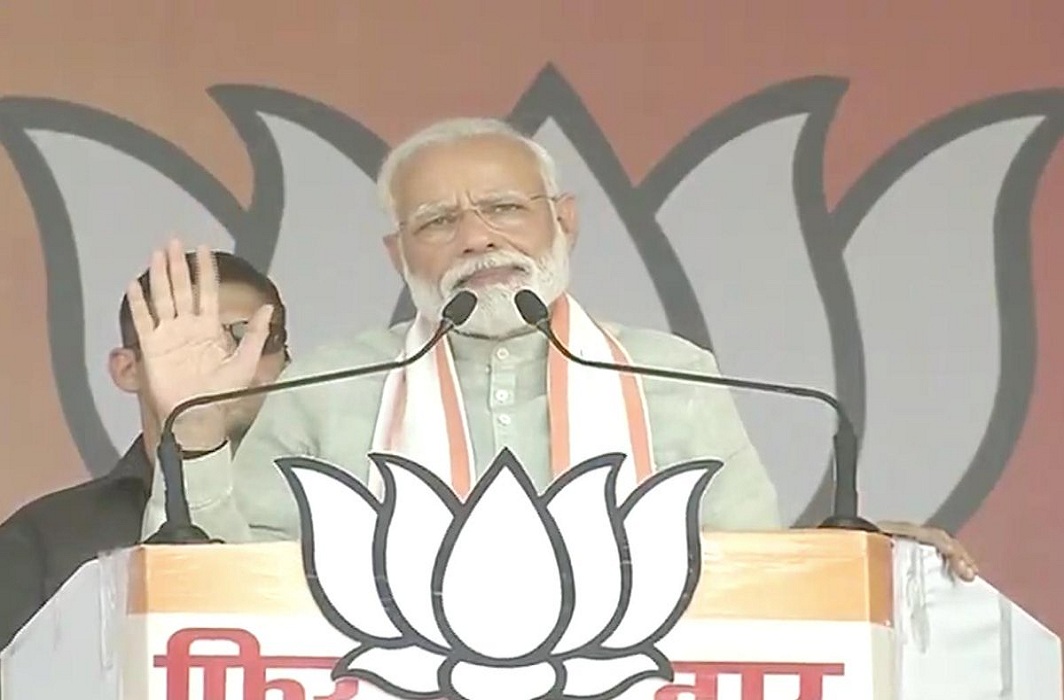 Bollywood it seems, is as star struck as us mere mortals as we have witnessed recently with some leading stars coming up with some strange variations of the dialogue they usually sprout while being state managed for “non-political’ meetings with the Prime Minister where he also gets to show off the plush, sprawling expanse of his Race Course Road residence. A special taskforce was entrusted with expanding his outreach and lining up celebs to meet the PM and ask him some probing questions like his favourite foods and sleep habits. Excerpts:

Modi: (Doing some yoga sit ups in his front garden) Arrey bhai, who’s next? I have so many election meetings to address; I thought this was all arranged beforehand…

Aide: Yes sir, we had sent a vehicle and prompters well in advance, but the celebrity was still asleep when we got there.

Aide: Moon Moon Sen, she said her bed tea was late so she overslept. Anyway, she is from the TMC and the idea was to get her to switch roles and campaign for us.

Modi: She needs a tight slap to get her to wake up.

Aide: You will be stealing Mamata’s line, remember her remark about a tight slap for democracy.

Modi: Yes, but she sends me Bengali sweets every year so leave her out of the Bollywood outreach. Get that Akshay back, he asked the right questions about my favourite mangoes and made me seem human.

Aide: We can’t, we have just discovered that he is a Canadian citizen, I’m afraid our security screening failed.

Modi: One of our biggest superstars is a Canadian?

Aide: Yes sir, you even took him on board an Indian naval ship but that is in keeping with our efforts to declare Rahul Gandhi as a US citizen and that his late father took a holiday cruise on an Indian aircraft carrier.

Modi: So who are the biggest stars in Bollywood, get them here…

Modi: What about the female stars? Who’s hot and happening, as Karan Johar would have said.

Aide: That would be Alia Bhatt.

Modi: Get her here.

Aide: Sir, last time on the Karan Johar show, she could not remember the name of the President of India, it would be embarrassing if she were to ask who you were and what production house you belong to.

Modi: Why is this getting so complicated? How about that fashion diva Sonam Kapoor?

Aide: We tried but she had some demands.

Aide: A private aircraft, her vanity van in the driveway, her hairdressers and make-up experts apart from a large room for her change of outfits.

Modi: Is this the PM’s house or a fashion catwalk? I want someone who will ask me simple non political questions so I come across as humble and caring and benevolent as opposed to the Gabbar Singh image the Congress is trying to pin on me.

Aide: Very taxing I’m sure but we have managed to find someone, his name is Vivek Oberoi and he plays you in

that biopic they have made on you. Ideal candidate. Not a big star and not very bright either but he’s a huge fan of yours.

Modi: Tell him to keep it simple and straightforward.

Modi: Why is he dressed in saffron?

Oberoi: In our profession it’s called getting into the character.

Modi: Let’s get on with the show, what are you going to ask me? I hope you have been properly briefed?

Oberoi: I heard you were very young during your childhood.

Modi: Yes, it’s tough being young during childhood, but fortunately I grew up.

Oberoi: Yes, I played the growing up part in the movie, did you watch it? What do you think?

Modi: I think you need some lessons in public speaking and chest thumping, and delivering the right dialogue along with body language. After all I am Modi, the biggest action hero to never come out of Bollywood.