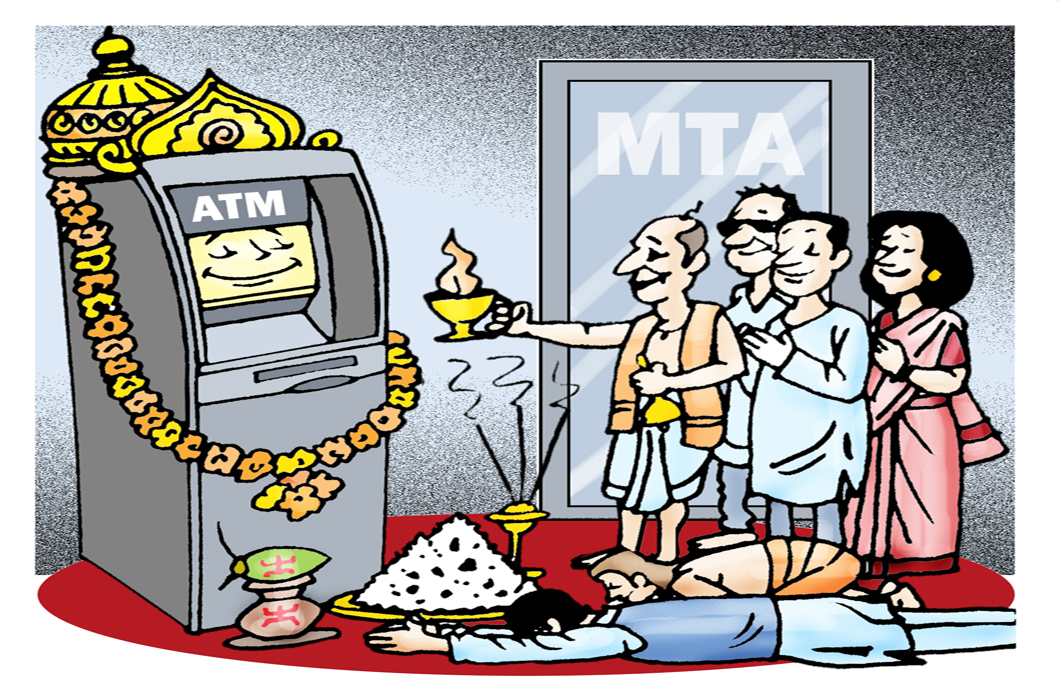 With one stroke of his Mont Blanc pen, the prime minister has welcomed us to a new India. God created the perfect world in seven days, ours will take a little longer—50 days. While the nation takes note of the change or changes its notes, it has spawned an entirely new vocabulary. Here are the most popular.

AD/BC: Used to stand for Anno Domini and Before Christ, the dating system that separated the old and the new. Now, it stands for “After Demonetization” and “Being Cashless”, also meant to separate the old from the new.

BFF: One of the most visible changes demonetization has wrought can be seen on social media, where corrections have taken place regarding the identity of BFF, or Best Friends Forever. Lovers, college mates or colleagues have hastily been replaced by RM, as in the Relationship Manager at your local bank. Never have so many owed so much to so few.

PrayTM: Paytm may be raking in the money, but most people are now switching to PrayTM, which is the holy ritual they perform every day in front of ATMs hoping for a miracle that will allow it to disgorge some cash. ATMs have been garlanded and have had holy water sprinkled on them accompanied by religious chants, the most common being “May (His) dispensation prevail”.

Cashualty: Refers to the millions who have become victims of the sudden move to a cashless society, with close to 90 people dying of shock, committing suicide or from medical problems associated with endless hours of standing in a queue. Cashualty figures are expected to rise.

OK Tata: This was the most visible slogan across India, stamped on the back of Tata trucks and goods carriers. It has now been replaced by a more visible slogan: “No Cash” which has been plastered across ATMs and bank entrances since November 8. In a literal sense, it means the same as OK Tata.

Sideways Mobility: Post-demonetization, the most popular mass movement has been the sight of cards being swiped on POS machines. It has introduced a new phrase in business schools—sideways mobility.

Black Buck: Used to refer to an antelope found in India and Nepal. Now, it refers to illegal notes, which, post-demonetization, are on the endangered species list.

Withdrawal Symptoms: The agonizing process of de-addiction. Nowadays, it refers to the agonizing feeling of not being able to withdraw your own money from your own bank.

Standing: Used to refer to the stature of an individual in society. Now, it describes the position the entire country is in as it waits to gain entry to a bank or an ATM booth.

Daily Wager: The person who is employed and paid on a daily basis. Post-demonetization, daily wager is the gamble you take every day in trying to get hold of some cash.

Cashless Society: Also titled Cheque de India, which describes the situation the country is in, thanks to the RBI being unable to match supply and demand.

Mitron: It used to mean “friends”, a phrase used frequently by Modi. Now, the urban dictionary describes it as a large group of unsuspecting people about to be hit by something they will take a long time to recover from.