Justice Out of the Closet

The furore over a gay senior advocate’s impending elevation to the Bench is a storm in a teacup. A judge should be efficient, knowledgeable, kind and apolitical. His private life should be of no concern to anyone. 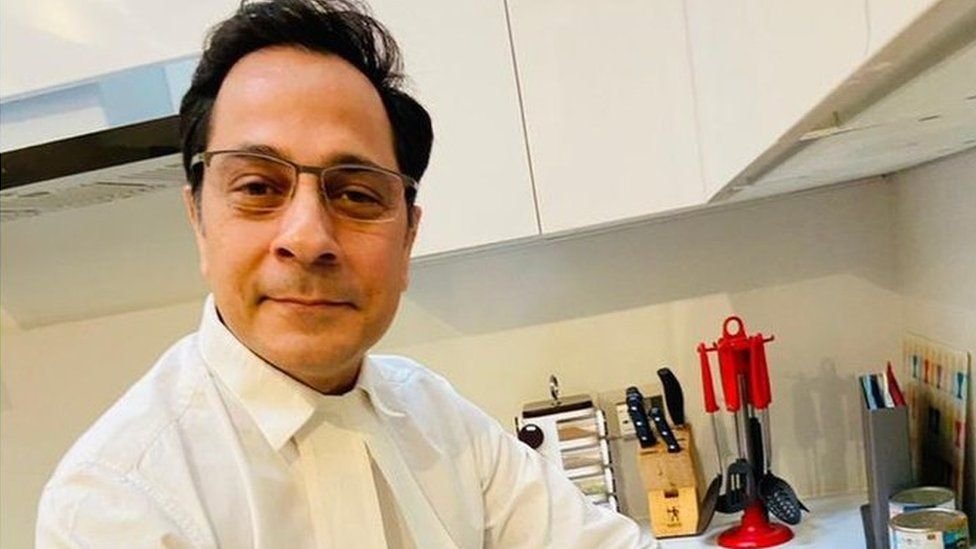 The brouhaha over Saurabh Kirpal’s impending elevation to the Bench is an over-reaction. No one really cares who becomes a judge and who doesn’t, except the collegium and the prospective lawyers in the zone of consideration, waiting in the wings for years. The lawyer selected for judgeship is one who is expected to be a good judge, efficient, knowledgeable, compassionate, kind yet stern, aloof, neutral and apolitical. Many of these qualities are possessed by most judges when they are elevated and the missing ones are acquired on the Bench, on the job as it were.

Does a judge’s private life—who his girlfriends or boyfriends are or have been, the relationship he enjoys with his wife, siblings and family—even matter to the Bar and the ordinary litigant, the real stake-holder? Saurabh Kirpal (49), B.Sc (Physics) from St Stephen’s College, Delhi University, BA (Oxon), MA (Cantab) and Senior Advocate, is eminently suitable for the Bench. The matter which is really of concern is the deferment of Kirpal’s candidature for elevation, over and over again, by the Supreme Court’s collegium since 2018. Was it because he is gay and his partner is a foreigner?

Personal relations can be devastating should dishonesty creep into the working life of a judge. But this is extremely rare. Sometimes, lawyers find the judge in a bad mood, unsmilingly going through his board and dismissing good cases. On such days, lawyers say that he got up from the wrong side of the bed or had a fight with his wife. But lawyers don’t bother about what happens in the privacy of the judge’s bedroom.

The first known high-profile gay couple—Alexander and Hephaestion—lived from 356-323 BC. One was the son of the King of Macedonia, and other, the son of a Macedonian noble. They were close friends, the same age and very closely bonded together. At 13, they were sent to study under Aristotle, the Greek philosopher, who is reputed to have said that “they were like two bodies with one soul”. All this is well chronicled.

Alexander conquered Egypt and invaded Persia, where in the battle of Issus, he defeated Darius. Later in the Battle of Hydaspes (Jhelum), he defeated Porus and turned back. Hephaestion was always by the side of his friend on these campaigns, and was himself a senior general and brave commander. In a canvas painted by the Venetian painter, Paolo Veronese, which hangs in the National Gallery at London, Alexander and Hephaestion are shown standing together. In front of them, the mother, wife and two daughters of Darius are kneeling, but the senior lady is facing Hephaestion, thinking he is Alexander. Hephaestion is pointing to Alexander, seeming to say “it’s not me but him”. One version is that Alexander had remarked “it’s alright, he is also Alexander”. Alexander always sought his friend’s advice and would give him sensitive military tasks. On return from Hydaspes, the two friends married the two daughters of Darius at Susa.

But sadly, six months later, while on a campaign, Hephaestion fell ill and died. Alexander was devastated, inconsolable with grief and lay crying on Hephaestion’s body for a day. Most scholars and historians are convinced that the two had been lovers. Such was their close attraction for each other, and together they led the mightiest army from Greece to India. Alexander the Great never returned home and he died a few months later.

Fast forward to the late 19th century and the Victorian age, known for strict morals and prudishness. A homosexual act was a crime, much like Section 377 of the Penal Code, itself a gift to India from Lord Thomas Macaulay. An Oxonian Irishman was the rising star in London’s literary circles, as an essayist, a dramatist and a poet. This darling of London society was hopelessly and madly in love with a much younger and very handsome poet, son of a Scottish peer. Reference here is to Oscar Wilde and Lord Alfred “Bosie” Douglas. An example of Oscar Wilde’s love letter to Lord Douglas is below:

“Your sonnet is quite lovely, and it is a marvel those red rose-leaf lips of yours should be made no less for the madness of music and song than for the madness of kissing. Your slim-gilt soul walks between passion and poetry. I am sure Hyacinthus whom Apollo loved so madly was you in Greek days. Why are you alone in London, and when do you do to Salisbury? Do go there and cool your hands in the grey twilight of Gothic things. Come here whenever you like. It is a lovely place and only lacks you. Do go to Salisbury first. Always with undying love, Yours, Oscar.”

Bosie’s father, the Marquess of Queensbury, was very angry at this relationship. He reprimanded his son, threatening to cut off his allowance. Queensbury then went to Oscar Wilde’s club and left his calling card, on which he wrote that he (Oscar) was “posing as a sodomite”. Oscar Wilde took this insult very seriously and against all sound advice, launched prosecution against Queensbury. In defense, Queensbury led evidence of some young men, dismissed butlers and man-servants. And also evidence of the procurer who provided these men to Oscar and the payment received by them for services rendered. Prosecution was dismissed but Oscar was immediately arrested, tried and sentenced to two years for “indecent behaviour”. This shattered his life completely and snapped his relationship with Lord Douglas. After completing his jail term, Oscar Wilde fled to France, never to return. He died a few years later, penniless, friendless, his relationship with Lord Douglas broken, literary output reduced to nothing and his genius destroyed.

Another sad story is of the famous Irish patriot, Roger Casement, hanged for treason in August1916, at Pentonville Prison, London. Casement was one of the earliest human rights activists, a British diplomat, who reported British companies committing human right violations, torture and killings of the local people in Belgian Congo and rubber plantation workers in Peru between 1890-1910. Casement was knighted in 1911. After this, he turned his attention towards his countrymen in Ireland and arranged with the Germans to supply arms to the Irish Republicans for the Easter Uprising in April 1916. On landing on the Irish coast on a submarine with a thousand rifles, he was arrested and tried for treason, found guilty to be hanged. Many prominent public figures, writers like GB Shaw and poets like WB Yeats sought clemency for Casement. But there was a problem with this demand. After Casement’s arrest, his controversial diaries were recovered, containing detailed accounts of the gay side of his character. This became a hurdle for considering clemency for him. Although some said these were forgeries, it was sad to see a human rights activist and an Irish patriot vilified after his execution. Half a century later, Roger Casement’s remains were taken back to Ireland and given a state funeral with full honours. Who would have known that a century later, Leo Varadkar of Indian origin would be the Taoiseach (prime minister) of the Republic of Ireland, and someone  who was openly gay.

Society is much more tolerant now. Justice Michael Kirby, a barrister, an international jurist and a distinguished former judge of the High Court of Australia, is also a gay judge, who in 2019, married his partner on the 50th anniversary of their first meeting. He is reported to have said that criminalisation of private, consensual homosexual acts is a legacy of Macaulay imposed on colonial people by the imperial rules of the British Crown. Such laws were wrong in legal principle because they exceed the proper ambit and function of criminal law in a modern society. The laws oppressed a minority and targeted them for an attribute of their nature that they do not choose and cannot change. The laws fly in the face of modern scientific knowledge about the incidence and variety of human sexuality. And finally, they put a cohort of citizens into a position of stigma and shame. (excerpted from the opinion of Chief Justice Dipak Misra)

But in our country, the course of law is bumpy, tedious and never-ending. This does not exactly cover Justice Ministers with glory. The provision of Section 377 IPC was challenged before the Delhi High Court, the petition was dismissed in 2004. The Court held that the petitioner did not have cause of action. This order was set aside by the Supreme Court in 2006 and the case was sent back saying that “the matter required reconsideration as a writ petition of this nature could not have been dismissed on this ground”. Finally, in 2009, the Delhi High Court decided to decriminalise Section 377 IPC. The Court declared “Section 377 IPC, insofar it criminalises consensual sexual acts of adults in private, is violative of Articles 21, 14 and 15 of the Constitution”.

The Minister of Justice was not satisfied with this decision. Someday, scholars will go through the noting on the file out of curiosity to see the considerations before the Attorney General to file an appeal. Anyway, an appeal filed in the Supreme Court was accepted in 2013 and the Court held “that Section 377 IPC does not suffer from the vice of unconstitutionality and the declaration made by the Division Bench of the High court is legally unsustainable”.

Finally, five years later, a five-judge constitution bench headed by Chief Justice Dipak Misra entertained fresh petitions seeking decriminalising of consensual gay sex. On September 6, 2018, the Supreme Court unanimously struck down part of the British-era law and held that Section 377 of the Indian Penal Code that criminalised consensual gay sex was “irrational, indefensible and manifestly arbitrary”. The bench said: “One defines oneself. That is the glorious form of individuality…. if consensual carnal intercourse between a heterosexual couple does not amount to rape, it definitely should not be designated as an unnatural offence under Section 377 IPC.”

Justice is finally out of the closet.