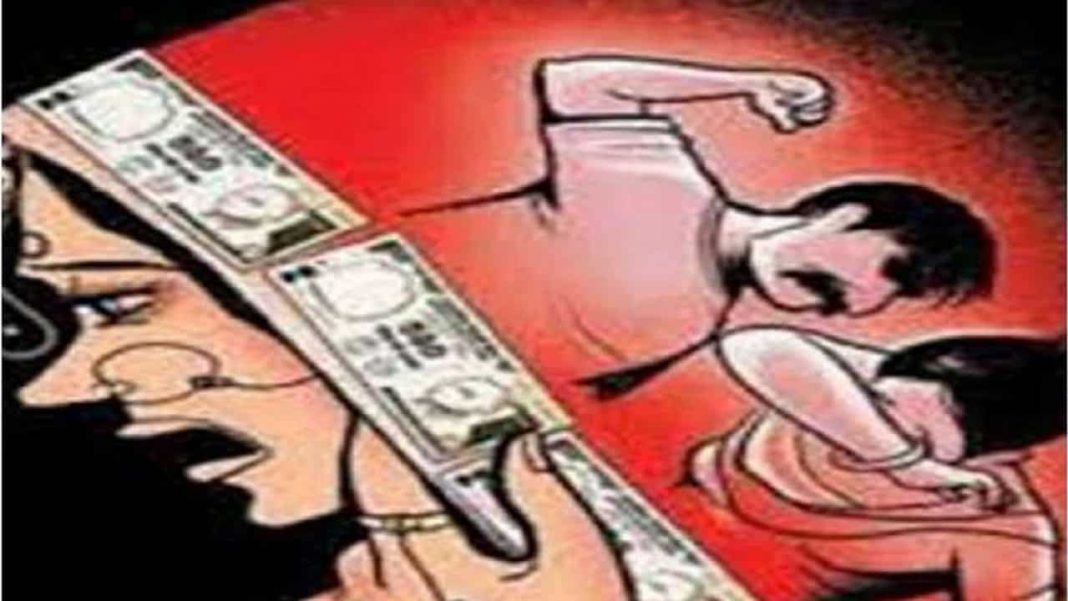 (ILNS): The Supreme Court today has granted interim bail to a man for 3 months who was convicted under Section 304B IPC (Dowry death), beaten his wife to death for bringing insufficient dowry.

Today, the matter was listed before the bench of Justice Sanjay Kishan Kaul and Justice Hemant Gupta while hearing an interim bail application of the appellant no.2/Parvinder Singh husband of deceased, the Court has granted interim bail to him for 3 months subject to condition that on the expiry of period, he shall surrender to Jail Authorities.

The Court has further directed the appellant No.2/ Parvinder Singh to report to the local police station at 10.00 AM on every alternative Monday from the date of the release.

During the hearing today Learned Senior Counsel K.T.S. Tulsi , appearing for appellant no 2, contended that in view of period of sentence undergone, this hon’ble bench may hear regular bail also and further apprised court by showing the medical documents before the court that appellant has to undergo cardio surgery, the report suggest that cardio surgery can only be done by cardiologists.

Justice Sanjay Kishan Kaul observed that it is a case of reversal and the appellant has undergone his period of sentence of 6 years out of 10 years awarded to him.

Meanwhile, respondent -2 appeared on behalf of parents of victim. The counsel of the respondent no.2 opposed the bail application by stating that post mortem report reveals the cause of death was due to strangulation, the appellant has only filed the doctor prescription. The second wife of Parvinder Singh filed divorce against him, it was also argued that cross appeal of respondent no.2 is also pending for enhancement of sentence. There is no change in circumstances.  The apex court vide order dated 14.12.2020 enlarged appellant no.1 on bail on the grounds that second daughter in law of appellant no.1 abandoned his grandchildren.

The appeal before the Apex Court was filed by Mather(Gurmeet Kaur) and Son (Parvinder Singh) who were convicted under Section 304B IPC and 201 IPC and sentenced to rigorous imprisonment for 10 years and 2 years for both sections, by the High Court of Uttarakhand. The High Court had directed that both the sentences shall run concurrently.

The duo has challenged their conviction by the Uttarakhand High Court which had revered the Order of acquittal by the trial Court and filed a criminal appeal before the Supreme Court where in the Court had on 01/12/2017, issued notice to the State Government. The Top Court had on 14/12/2020, had granted bail to first Convict Gurmeet Kaur, 68-year-old lady considering her old age and noting down that it is a case of reversal of judgment of trial court. The High court had also held that “the period, already undergone by these two accused, shall be adjusted from the sentence awarded by this Court.”

Facts of the Case-

The Case of the prosecution is that an FIR was lodged on 05.05.2010 by Santok Singh, father of his deceased daughter namely Maninder Kaur who got married  to Parvinder Singh(Appellant no.2) four years back. Dowry was given to groom as per his capacity. However, the respondents were not happy with the dowry. Deceased –victim used to be assaulted by the appellants. The deceased victim was pregnant and gave birth to a dead baby back. She was forced to seek divorce, failing which, she was threatened to be killed. This incident was narrated to the father by his daughter on telephone. On 05.08.2010, at about 08:00 AM, he received a telephonic message from Paramjeet that Parvinder, Nagendra and Gurmeet Kaur have killed his daughter. They were trying to cremate her. He reached the spot. The dead body was sent for postmortem examination.

The Hon’ble High court found infirmity with the observation of trial court and concluded that “All the circumstances including postmortem report conclusively proved that it was the case of strangulation”.

The case of “Bachni Devi and another Vs. State of Haryana”, (2011) 4 SCC 427 was relied upon reiterating the principle and explained the term “demand for dowry’ under Section 304- B IPC and presumption. The court reiterated priniciple laid down u/s 304B IPC

Read Also: Whether accused entitled to bail in offences under 409, 420 IPC, even charges not framed after a lapse of considerable time: SC to consider

“12. For making out an offence of “dowry death” under Section 304-B, the following ingredients have to be proved by the prosecution:-

(a) death of a woman must have been caused by any burns or bodily injury or her death must have occurred otherwise than under normal circumstances;

(b) such death must have occurred within seven years of her marriage;

(c) soon before her death, she must have been subjected to cruelty or harassment by her husband or any relative of her husband; and

(d) such cruelty or harassment must be in connection with the demand for dowry. “

Did you find apk for android? You can find new Free Android Games and apps.
Share
Facebook
Twitter
Pinterest
WhatsApp
Previous articleWhether accused entitled to bail in offences under 409, 420 IPC, even charges not framed after a lapse of considerable time: SC to consider
Next articlePlea in Supreme Court seeks President’s rule in West Bengal