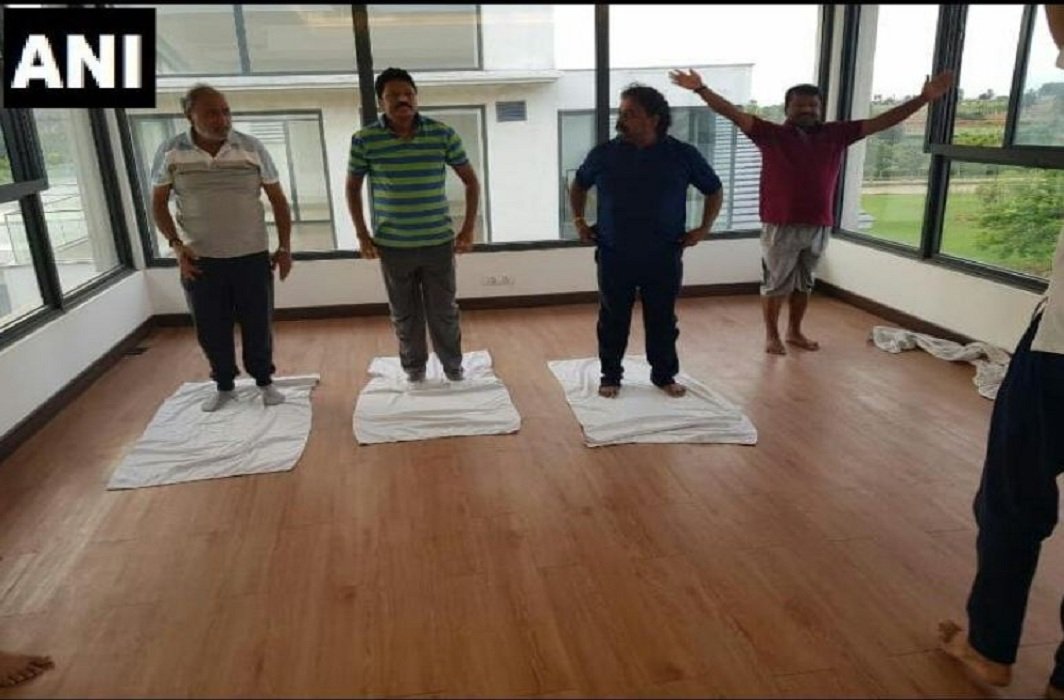 The Supreme Court on Thursday asked 10 rebel MLAs of Karnataka to meet the state governor Vajubhai Vala and tender their resignation if they wish by 6 pm today.

The bench comprising CJI Ranjan Gogoi and Justices Deepak Gupta, Aniruddha Bose also requested the Speaker of the Karnataka assembly to a decision and communicate the same to the court.

The bench also ordered the DGP of Karnataka to provide protection to all the rebel MLAs and postponed the hearing for tomorrow.

The petitioners, 15 rebel MLAs of the Karnataka assembly had approached the apex court yesterday alleging that the Speaker was not discharging his statutory duty and intentionally postponing the admittance of their resignations submitted with him since Saturday.

The petitioners had sought early hearing on their petition.