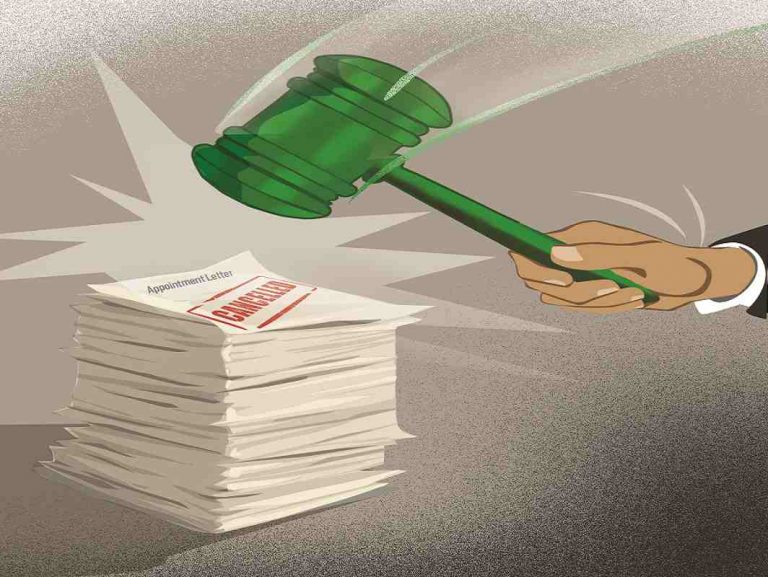 Offering lip service to protecting the environment comes easy for governments. But implementing stern directives passed by the National Green Tribunal (NGT) is often seen as avoidable or at best postponed till further orders. This indifference ends up frustrating the efforts of NGT, forcing it to resort to even more stringent action.

Last fortnight, the Tribunal passed an order “ceasing” the “functioning” of chairmen of 10 State Pollution Control Boards (SPCBs). The reason cited for this extreme step was the refusal of the state governments to comply with certain basic requirements spelt out in NGT’s August 2016 order for the appointment of chairmen to SPCBs. The states guilty of ignoring the Tribunal’s directives are: Rajasthan, Haryana, Uttarakhand, Maharashtra, Himachal Pradesh, Sikkim, Tamil Nadu, Kerala, Telangana and Manipur.

However, a bench of the Himachal Pradesh High Court last week stayed the order of the NGT following a petition filed by the state government which pleaded for time in the implementation of the new norms for appointment of the SPCB chairperson.

State and central governments seeking a stay on NGT orders is not new. According to environment activists, judgements given by the Tribunal—be it on polluting diesel vehicles, mining, cleaning rivers or the degradation of the Yamuna plains—are contested. But they add that the legal relief obtained by petitioners does not in any way detract from the validity and importance of the verdicts delivered.

According to professor Geetanjoy Sahu of the Tata Institute of Social Sciences (TISS) who has written a paper on the legal challenges to NGT decisions, high courts are increasingly providing relief to petitioners though the NGT Act does not directly mandate them to do so.  “Going by the NGT Act, the tribunal’s decisions can only be challenged before the Supreme Court, as the NGT has been given enormous powers. But petitioners have been invoking Article 226 (power of high courts to issue certain writs) to challenge decisions. This is one of the weaknesses of the Act as we don’t know what kind of decisions can be challenged. The Supreme Court is yet to decide on what decisions of the NGT can be challenged before high courts and on what grounds,” Sahu has been quoted in the media as saying.

“We cannot remain a silent spectator in respect of improper and illegal working of Pollution Control Board/Committee given its consequence and repercussion to the public at large.”

In the case of the appointment of SPCB chairpersons, the Tribunal was scathing in its indictment of the 10 guilty states. “The Tribunal had made observations in the (August 2016) judgment that the post of the chairman of Pollution Control Board/Committee is of sensitivity and responsibility, as the entire environmental status of the State would depend on the functioning of the State Pollution Control Board where the chairman is the head of the organisation. The concept of adhocism/temporary posting/stop gap arrangement had been deprecated by the Tribunal and it held that only duly qualified persons, with fixed tenure, are required to be appointed. But this has not been done despite the fact that sufficient time for compliance of the judgement was granted,” NGT said.

The NGT bench of RS Rathore (judicial member) and SS Garbyal (expert member) noted that in the case of the 10 states, the chairmen were either not removed or had been replaced with persons “who are also lacking in qualification or experience as their predecessors”.

The bench referred at great length to the August 16 judgement which had spelt out the guidelines to be followed while appointing the chairmen of SPCBs. For example, it had underlined that the persons appointed must have special knowledge, experience and qualification in environment protection studies to be eligible. Administrative experience, even at the higher levels of the bureaucracy or holding political positions was not to be given any weightage was the explicit view of the Tribunal.

The bench pulled up the ten states for blatantly ignoring the basic directives of the Tribunal despite sufficient time for compliance. Said the order: “After having thoroughly and carefully considered the replies filed and also on perusal of their initial stand taken in the reply to the Original Application which were on similar lines, we are of the view that despite ample time and opportunity having been given they have failed to comply/implement the judgement passed by the Tribunal.”

The NGT bench also pointed out that a perusal of the persons manning the SPCBs of the 10 states will reveal that they don’t have the “requisite qualification” and are bureaucrats and political appointees. What’s worse, no course correction was even attempted.

The Tribunal also pointed out that conflict of interest was noticed in the appointment of the chairman of the Rajasthan SPCB. The present chairman had earlier headed the board from 2014 to 2016, after which she was posted as secretary, mines and geology and again given additional charge of the Pollution Control Board from July 4, 2016. The two jobs clashed for obvious reasons. “Needless to say, clearances are sought in respect of mines and it is to be considered and cleared by no one else but the State Pollution Control Board,” the order points out.

“The NGT has no means for effectively supervising and implementing its orders.”

The two-member bench made it clear that it “cannot remain a silent spectator in respect of improper and illegal working of Pollution Control Board/Committee given its consequence and repercussion to the public at large”. It also observed that it was fairly apparent that the erring states were ignoring the earlier order of the Tribunal and had conveniently missed the three-month deadline.

These are the conditions for appointing Pollution Board Chairpersons:

“The said time expired in the month of November and thereafter more than 6 months have lapsed but we find that the States are not at all serious in implementing the judgement. On the contrary, they are still taking the same stand which they had prior to the passing of the judgement. This clearly reflects their state of mind and intention. In such view of the matter this Tribunal, after considering the case in its entirety and careful perusal of the replies filed to the show cause notices, has no option but to ask the Chairman of the Pollution Control Boards, mentioned above, to cease from functioning as chairman,” said the order in conclusion.

In addition to the 10 states, the governments of Delhi, Uttar Pradesh and Punjab have also been directed by the Tribunal to frame rules for appointment of SPCB chairmen and to ensure that only persons with adequate qualifications are in those positions. A three-month deadline has been set by the Tribunal following which unsuitable persons will cease to hold the posts.

But at the end of the day, NGT rulings get blunted because they are challenged and the Tribunal cannot ensure compliance.

As Sahu puts it: “The NGT has no means for effectively supervising and implementing its orders. And when its decisions are not complied with it, it is pointed out that they are not feasible to implement within a given time frame.”