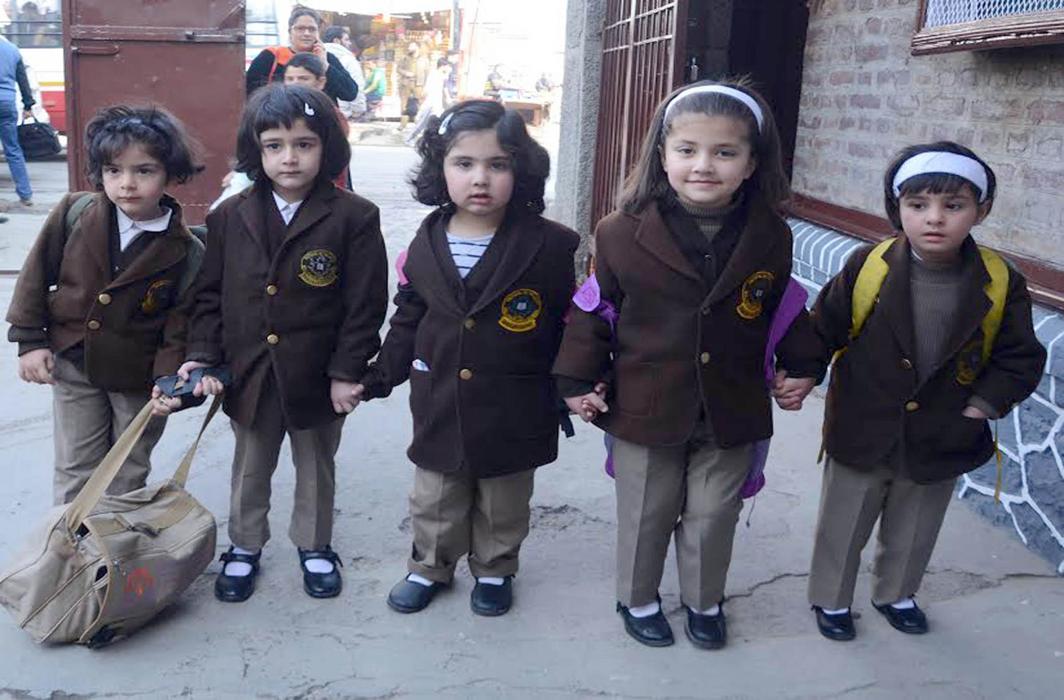 It is a move that could gladden the hearts of students. Union Human Resource and Development minister Prakash Javadekar in a recent interview said that he had asked NCERT to halve the syllabus as students were so much burdened with theories, formulas and books that they never come out of it. “I want to completely change this and we have decided to cut the portion,” he said. “I have seen that the curriculum is too vast….The school curriculum is heavier than the college curriculum of BA and B Com.” This move, he said, would be implemented by 2019-20.

However, this move has evoked mixed responses from educationists who think that the education system does not require a syllabus reduction, but reform. In fact, Delhi’s AAP government had in September 2015 announced a 25 percent reduction in syllabus for Classes 6 to 8 so as to pave way for other courses such as art, theatre and sports. This decision had drawn flak from several educationists, including Yogendra Yadav who was a member of the committee that had designed the syllabi in the first place. Yadav, in his Facebook post then had called the proposed deletion as “a ham-handed mutilation done by a bureaucrat in a hurry”.

He had accused the government of “systematically pruning these textbooks of everything progressive, both pedagogical and political sense. Wherever the texts go beyond the old, formal institutional descriptions of laws and institutions, they face an axe”. He even went on to proclaim that the syllabus reduction in fact “sets the stage for what the BJP may be preparing to do to these textbooks”.

Prof Janaki Rajan, former director of State Council of Educational Research and Training, Delhi, told India Legal: “The AAP government proclaimed the 25 percent syllabus reduction without any academic basis. Their proposed cuts showed an utter lack of understanding of the purpose of education and the knowledge base that is required among our young.”

She cites some examples of the proposed cuts. “They suggested that the portion on the Constitution can be deleted in Class 8 because it will be taught in Class 12. This betrays their ignorance of the fact that only children in the social science stream in Class 12 have the Constitution in their syllabus, whereas science and commerce students don’t. They will, therefore, never know about the Constitution. Secondly, less than 40 percent of children study in Class 12,” said Rajan.

She alleges that the Delhi government wants to reduce the syllabus so as to not build additional schools and to continue with double shifts in schools which don’t permit longer hours. “Even lack of land is a myth because the same government finds land for building shopping malls,” she said.

She contends that the central government by this decision wants to push its saffronisation agenda through non-government actors which will not pass muster if included in formal curricula procedures and can be challenged, as it was during NDA 1. However, the Delhi’s government’s plans did not take off and had to be put in the cold storage, she said.

It is a thought to ponder whether India’s already ailing education system requires such surgery on its syllabus. The new education policy, promised by the BJP in its election manifesto, is much-awaited. The new release date, according to Javadekar, has been further extended to March 31.

Rajan said that the syllabus review requires a framework for analyses that actually relies on policies and academic reports. “It’s baffling that the content of knowledge is being sought to be halved!” she said.

The Annual Status of Education Report this year showed the dire state of education in the country, especially in the age-group between 14 and 18 years. It found that many were lagging far behind. In fact, India has not participated in the Programme for International Student Assessment (PISA), a global test assessing the learning levels of 15-year-olds, since 2009. That year, humiliatingly, two states—Tamil Nadu and Himachal Pradesh—ended up at the 72nd position among 74 participating countries.

Dr Jessy Abraham, professor, Department of Teachers and Non-Formal Education, Jamia Millia, told India Legal that it is okay if the government decides to reduce the syllabus for lower classes so as to give them a proper foundation. But this would certainly not do for students in higher standards, especially Class 11 and 12. “The syllabus cannot be reduced simply. The syllabus for Class 11 and 12 has to be formulated according to global standards. Our kids have to be globally competent,” she said.

One of the reasons mentioned by the minister for the syllabus reduction was that students would be able to accommodate other “activities for their all-round development”. Rajan disagrees. She said that the reasons cited are problematic as except for metros, all other schools in India work from 9 am to 4 pm, with ample time for all activities.

But does our syllabus need to be reduced or revised? Thouseef Madikeri, founding director of Centre for Educational Research and Training (CERT), agrees that the curriculum should be revised. “There are many unnecessary portions in the NCERT curriculum. Our entire curriculum is theoretical. It is all about memorising. The student memorises and writes the exam. Instead, he should be capable of doing things practically,” said Thouseef.

The TSR Subramanian report had included recommendations given by CERT on reforms needed in the educational system. Thouseef further says that the skill development initiative, which seems to be the sole focus of the government, should not be an alternative option. “What is being done right now is that after the 12th standard, if a student fails, the government makes him do a 3-4 month skill development course. This move looks like casting out the student,” said Thouseef.

The solution to India’s educational crisis, says Rajan, is “a pedagogically sound and conceptually clear teaching-learning process. It’s not the ‘what’ of curriculum but the ‘how’ of it that’s a problem. It is a shame that the government is unable to realise that only through developing the intellect of children can India hope to be prosperous. We cannot afford to waste our intellectual resources!”

Points to ponder over.