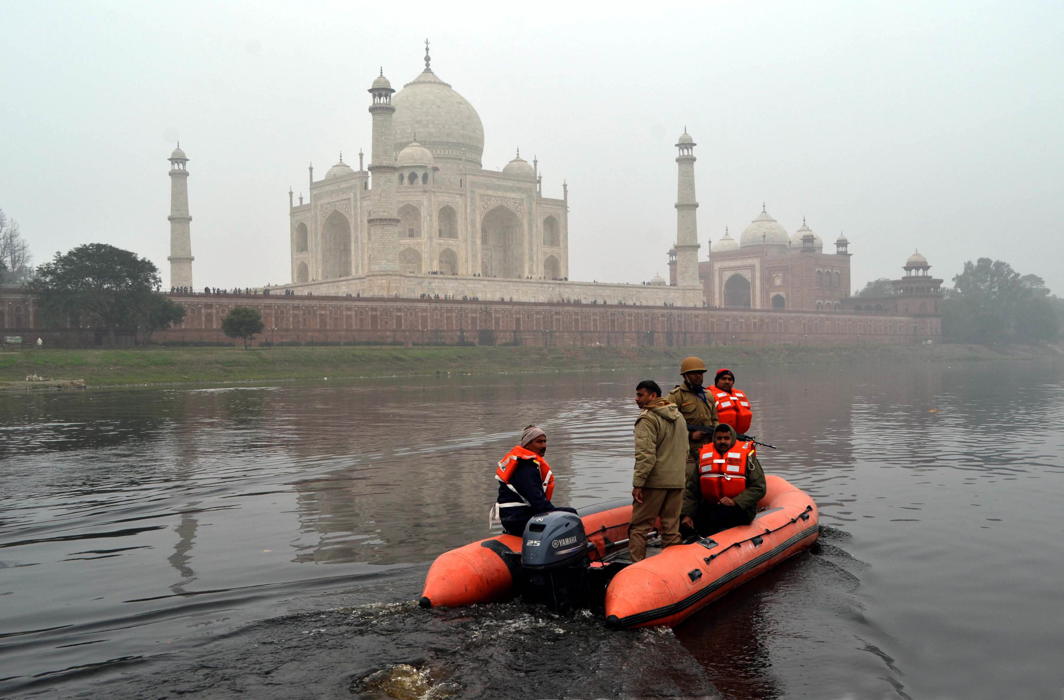 Taj Mahal needs experts from different fields to restore it to its pristine beauty rather than a bureaucrat-ridden and ignorant ASI, which was pulled up by the Supreme Court recently

This month, the Supreme Court pulled up the 157-year-old Archaeological Survey of India (ASI) for not doing enough to protect the Taj Mahal, saying it “will have to be thrown out of the picture” if it can’t do what is required.

Justices Madan B Lokur and Deepak Gupta, who have been hearing a case related to the protection of the Taj filed by the intrepid environmental lawyer, MC Mehta, in 1984, added: “This situation would not have arisen if the ASI would have done its job. We are surprised with the way the ASI is defending itself. You [Centre] please consider if the ASI is needed there or not. You all appear to be helpless. Money should not be the consideration. We might order you to hire experts from within India or abroad. We need to save it.”

Additional Solicitor General ANS Nadkarni told the Court that the centre was considering their suggestion to involve international experts to preserve the 17th century “miracle in marble”.

The preservation of the Taj calls for a two-fold approach. The first is the protection of the monument itself and its immediate environs. The second calls for preventive measures to be taken in Agra and its outlying areas.

Regarding the monument, the Court noted that it was earlier turning yellowish, now brown and green. Earlier, the ASI had applied mudpacks on the walls to absorb the pollutants. It told the Court that the marble floor was getting discoloured because visitors, who are asked to remove their footwear, wear dirty socks or enter with sweaty bare feet. While dignitaries are given clean socks, it is obviously impossible to extend the courtesy to the thousands who visit it every day. 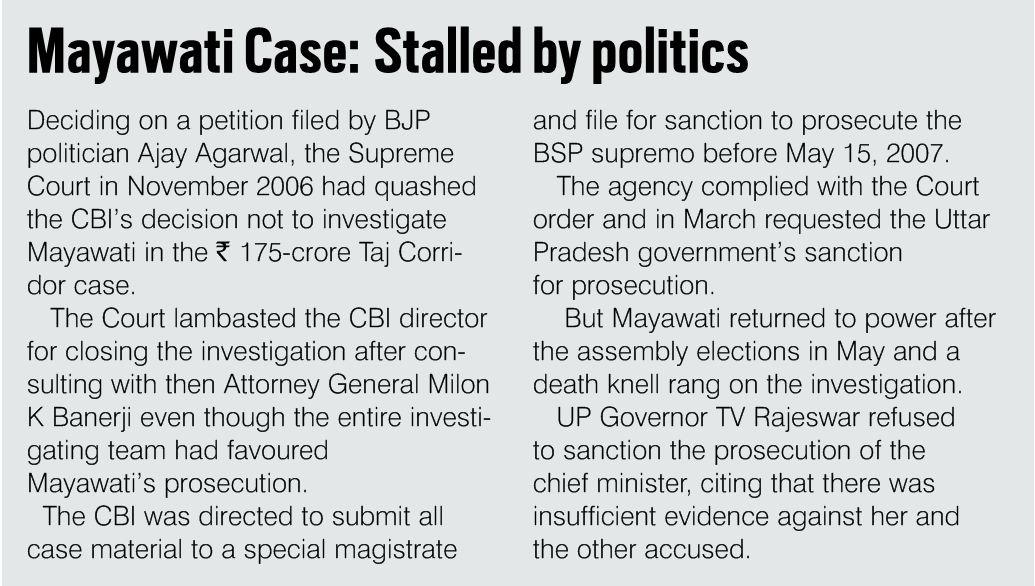 If such conditions persist, it may be necessary for the ASI to restrict the number of people who enter the Taj every day and consider asking all to wear clean socks before doing so. In several prestigious monuments around the world, such measures are in place and this UNESCO World Heritage Site surely deserves to be better protected.

In a report titled “Insect Activities at Taj Mahal and other Monuments of Agra”, the ASI blamed the insect and algae infestation of the Taj and other monuments on the banks of the stagnant Yamuna which was highly polluted as a result.  As a consequence, the river contains phosphorus, on which insects feed.

According to Mehta, there is no aquatic life in the Yamuna, which has caused the infestation. Previously, fish in the river ate the insects and their larvae but that did not hold good anymore. This is why other monuments such as the Tomb of Itimad-ud-Daulah, Mehtab Bagh and parts of the Agra Fort are similarly infested.

The ASI informed the Court that the flow of the Yamuna ought to be enhanced and sources of pollution such as sewage plugged to prevent algae from forming along the banks. This is easier said than done, since the pollution of the river, as well as of the Ganga, is an intractable problem. Last October, the National Green Tribunal asked why contempt proceedings should not be initiated against the Delhi­­­ government and the Delhi Jal Board for not complying with its orders to clean up the Yamuna.

As for Agra, the UP government’s additional solicitor general, Tushar Mehta, informed the Court that a vision document on protection of the monument and its environment in the Taj Trapezium Zone (TTZ) was under preparation and would be finalised by July. The huge zone is spread over 10,400 sq km, across the districts of Agra, Firozabad, Mathura, Hathras and Etah in Uttar Pradesh and Bharatpur in Rajasthan.

In 1996—a good 22 years ago—the apex court banned industries covered under the zone in response to a PIL seeking to protect the Taj from pollution. It banned the use of coal/coke in these industries and ordered a switch to natural gas, relocating them outside the zone or shutting them down.

The zone comprises over 40 protected monuments including two other World Heritage Sites—Agra Fort and Fatehpur Sikri. It is located around the Taj and is shaped like a trapezoid, a convex quadrilateral with one pair of parallel sides. Last year, the state government told the Court the provisions for the Taj had been included in the master plan of Agra 2021.

Mehta points out: “The polluting industries and vehicular emissions in the zone are a major source of pollution. In 1984, when the case was filed in the Supreme Court, the situation was much better as compared to the present. The Court gave a clear road-map by issuing various directions, including declaring Agra a Heritage City. Had successive central and state governments taken all measures to declare this, the situation perhaps would have become ideal.”

The World Health Organisation has just listed Agra as the eighth most polluted city in the world, measured by tiny particulate matter (PM) at 2.5 level (14 of the 15 worst cities are in north India, Kanpur leading the pack). This only shows “the lackadaisical approach” of governments, Mehta rues.

Concern regarding the Taj first arose in the early 1970s, when the Indian Oil Corporation planned a refinery at Mathura, only 40 km as the crow flies from Agra. The central government appointed a committee under Dr S Varadarajan, which laid down a number of preventive measures, including closing down the brass foundries in Agra.

However, as this writer documented the Taj case in his 1985 book, Temples or Tombs? Industry vs Environment: Three Controversies, the major contribution came from Italian restoration experts. The International Centre for the Study of the Preservation and Restoration of Cultural Property in Rome told the ASI that “there is no base level of safe tolerance in respect of marble”.

Italy has the largest number of archaeological sites in the world and there is a strong case for the ASI to seek its help in protecting the Taj.

The protection of such a fragile monument as the Taj has to be tackled by different experts—restorers, archaeologists, environmentalists, meteorologists, chemists and city planners, to name just a few.

The ASI is ridden with bureaucratic procedures and may not have the expertise to do this without expert advice from within and without the country. In 1974, the Varadarajan committee appointed an Italian oil company, Tecneco, which had the experience of building a refinery near the heritage city of Venice, to advise on the Taj. The committee’s report was the most comprehensive study of the pollution threat to any monument in the world at the time. It was Tecneco which roped in Italian restorers.

However, the ASI’s conservation department at its headquarters in Delhi didn’t share the report with its chemistry department based in Dehradun, the head of which only accessed it on a trip to Rome!

The indifferent, if not openly hostile, attitude of UP government officials and politicians to the Taj of late doesn’t inspire confidence either.

Chief Minister Yogi Adityanath himself has stated that it doesn’t reflect Indian culture.

Last October, UP BJP MLA Sangeet Som called the monument “a blot on Indian culture… There are many symbols of Hindu gods and goddesses in it …Shah Jahan wanted to wipe out Hindus. If these people are part of our history, then it is very sad, and we will change this history”. In such an environment, it will be a Herculean task to protect the Taj.