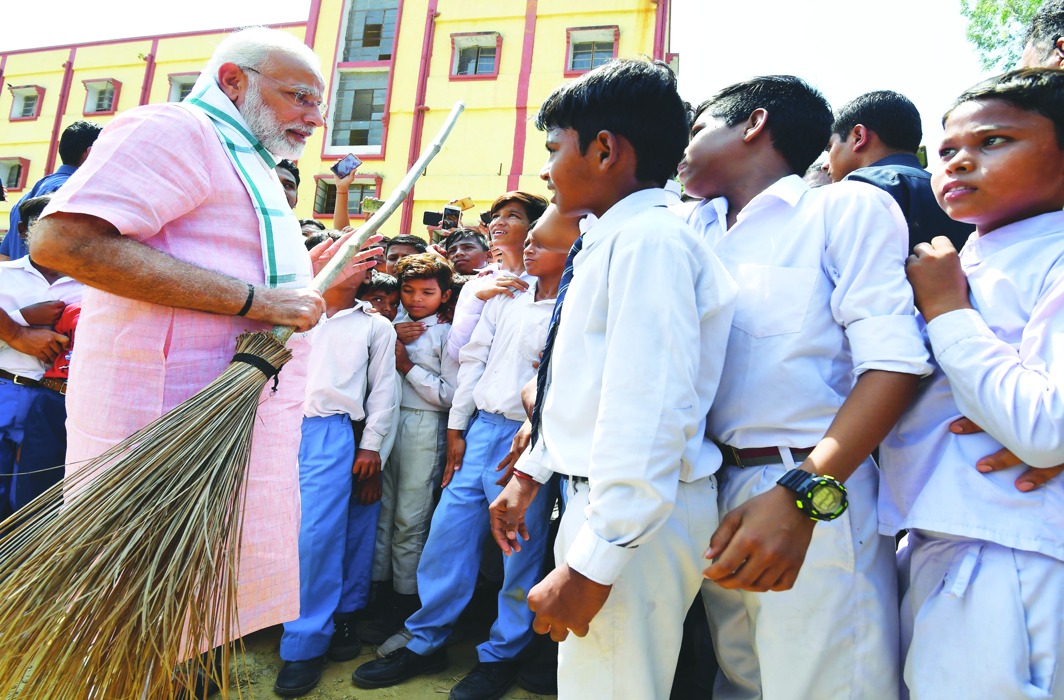 India’s municipal solid waste (MSW) problems are solvable. They can be achieved by spending less than half the money currently allocated to municipal budgets for solid waste management. All India has to do is follow the template used by other successful MSW systems around the world.

India boasts some of the dirtiest cities in the world. Prime Minister Narendra Modi deserves credit for using the bully pulpit of his office to address this issue through the Swachh Bharat campaign. More than Rs 20,000 crore has been collected in taxes to aid in this effort. But much still remains to be done.

Various excuses are served up for India’s filth—poverty, overpopulation, illiteracy, corruption, lack of funds, etc. None of these factors, however, explain the reality. Thailand is a poorer country than India—yet Bangkok is cleaner than most Indian cities. Tokyo has a higher population density than Delhi, yet it is one of the cleanest cities in the world. China, too, is plagued by corruption, yet its cities have significantly higher standards of cleanliness than India’s. And it is not lack of funds either—municipalities in India spend an average of Rs 2,100 per tonne of waste compared to Rs 2,050 per tonne in the UK.

India’s municipal solid waste (MSW) problems are solvable and the solutions are quite simple. And they can be achieved by spending less than half the money currently allocated to municipal budgets for solid waste management. All India has to do is follow the template used by other successful MSW systems around the world.

Most of the recycling in India is carried out by an informal network of rag-pickers and middlemen. Everyone recognises the inefficient nature of this practice. Little is ever done to change things because no one wants the rag-pickers to lose out on opportunities to make a livelihood. This argument is ill-conceived and based on the false premise that rag-pickers cannot (and should not) be retrained for better employment opportunities. A formalised waste management industry will provide ample job opportunities for retrained ragpickers.

In an engineered landfill, the waste is compacted and deposited in cells that are designed to maximise the “airspace”—the amount of waste stored in one cubic yard of space. In Japan, the average landfill rate is around 0.75 tonnes of waste per cubic yard of airspace, whereas in India it is 0.25 tonnes. In other words, it takes almost three times more space to landfill the same volume of waste in India. Without modern landfill technology, India will need to landfill 840 million tonnes of waste over the next 10 years. This will require almost 50,000 acres of land per year. As it is unlikely that this much land will be readily available for landfilling garbage, guess where it will end up—on roads, open lots, rivers, ponds, etc.

Despite the efforts of Swachh Bharat, India remains a dirty country, largely because waste management remains the responsibility of state-owned municipal bodies. The only solution is to get the municipalities out of the waste management business and create incentives for private companies to bring in cutting-edge technologies to collect, transport, segregate, recycle, reuse and dispose of waste. A formalised waste management industry built by private entrepreneurs, backed by private equity and supported by user fees, could clean up the country in five years and also create tens of thousands of jobs.

All the technologies to segregate, recycle and reuse waste currently exist. The global waste management industry is a $230 billion industry employing thousands of people. China has taken a huge leap in this industry and is home to some of the leading manufacturers of waste management equipment. India, with all its engineering prowess, is nowhere on the scene. This stems primarily from dependence on the government to get things done and lack of incentives for private players to invest in the industry.

How can India develop and incentivise a waste management industry? It starts with user fees for collection. Private garbage collection companies get paid from user fees that the municipality levies on the producers of waste. The collected waste is sold to privately owned MRFs which segregate the waste and generate revenue from selling the recyclables. The remaining waste is then taken to a privately-owned landfill which receives a tipping fee based on the quantity of garbage deposited.

Each private player in the system is incentivised to perform. The collection company is motivated to maximise waste collection because its revenue comes from user fees and the sale of waste to the MRF—both measured by volume. The company which runs the MRF makes its money from selling recyclables and so it is persuaded to maximise recyclables and minimise the amount to be disposed of because it has to pay a tipping fee for landfilling. The landfill company makes money from storing waste and is incentivised to use the best landfill engineering practices to maximise airspace.

The invisible hand of the free market and the profit incentive motivate every part of the MSW system to work efficiently, resulting in its efficacy. These incentives will encourage private companies to invest in the development and growth of a modern waste management industry in the country.

Unless the private industry is involved in the process of waste management, Swachh Bharat will remain a mere slogan.