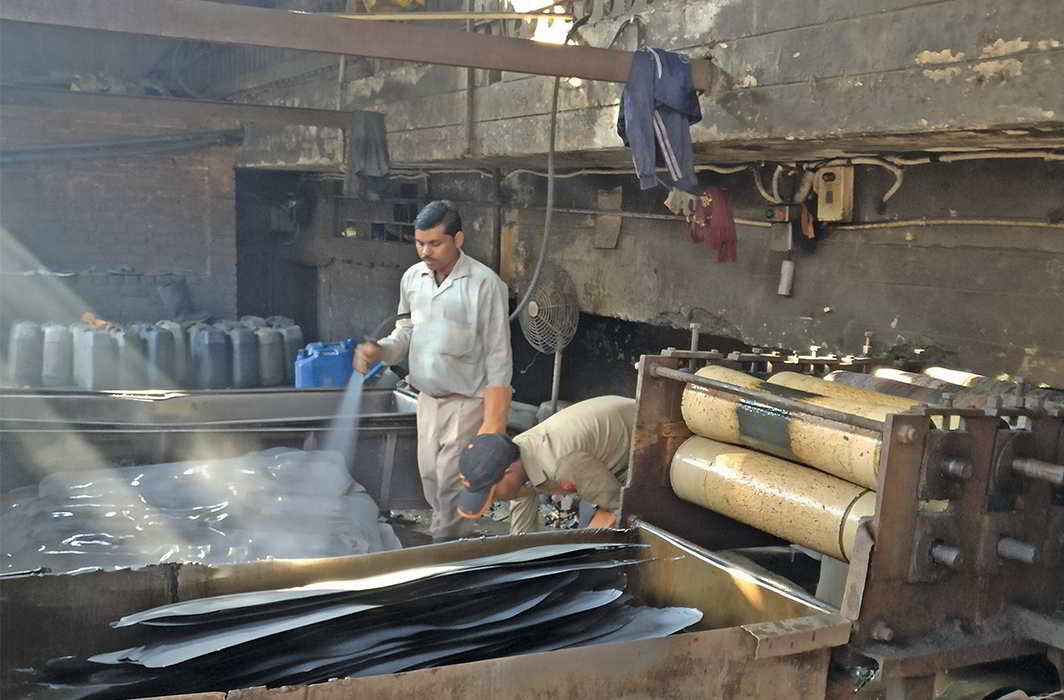 Hazardous units which purify steel in Delhi have often been given closure notices by the National Green Tribunal. Yet, they continue to operate with impunity

Delhi’s steel pickling units seem to have little fear of the law. Despite the Delhi government having assured the National Green Tribunal (NGT) on December 13, 2016, that action would be taken by it and the Delhi Pollution Control Committee (DPCC) against these polluting units, nothing much has changed in the Wazirpur belt that has many such units.

Steel pickling is the process whereby impurities are removed from steel. These include stains, inorganic contaminants, rust and scale. They are removed with the help of a solution called pickle liquor which contains strong acids. Effluents that result from this process are toxic in nature.

The NGT bench had noted: “It is stated that consent to operate granted to steel pickling units has already expired and no further consent will be granted. Counsel appearing for Delhi and DPCC assures the tribunal that action would be taken against the steel pickling units without delay.”

As per Delhi Master Plan 2021, steel pickling is “prohibited” activity. The consent to operate 117 factories in Wazirpur Industrial Area expired on September 22, 2016. However, a visit to this area shows that steel pickling factories continue to operate with impunity (see box). Girish Kumar Pandey, president of the All India Lokadhikar Sangathan, an NGO, told India Legal: “It has been almost two months since the verdict but no steps have been taken by any of the parties involved to execute their promise. Things are the same and steel pickling factories continue to operate like before, violating all norms and notices.”

Out of some 2,000 factories in Wazirpur, most do steel pickling. According to a Central Pollution Control Board (CPCB) report, these units add more than 200 million litres per day (MLD) of waste water to the Yamuna. These industrial effluents, said Manoj Mishra of Yamuna Jiye Abhiyaan, add heavy metals to the river, making it toxic.

In 2012, CPCB had deemed steel pickling as “inherently air, water polluting and a hazardous waste generating activity” and said these should not be allowed in Delhi. In a letter to NGT, CPCB stated: “Pickling process involves use of H2SO4, [HNO3] and [HF] in different proportions. The spent acid and sludge generated from the process is hazardous as listed under 12.1 and 12.3 of Schedule I of the Hazardous Waste Management Rules 2008 and NCT- Delhi has no hazardous waste disposal site.” Besides contaminating the Yamuna, it poisons the top and sub-soil in the region and groundwater, causing health problems to those living nearby. 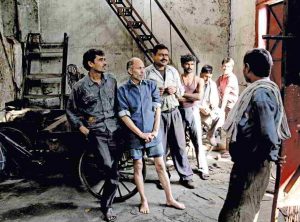 A strong pungent smell fills our lungs as we step inside a steel unit in Wazirpur. Wearing heavy black boots, five workers in the dimly lit room are busy handing steel sheets. On one side of the room, steel sheets roll out of hot burners and pile one on top of the other. On the other side, uneven black sheets are dipped in a greenish fluid in a large, hot sink. The sink is filled with a cocktail of acids and water to remove impurities from steel sheets. Welcome to the world of steel pickling.

Situated in north Delhi, Wazirpur, has no concrete roads, proper garbage disposal systems or big houses. Hundreds of industries, mostly steel plants, stick to each other like glue. Occasionally, one can see a small fruit shop or tea stall. The workers in these steel units are little aware of the hazardous nature of their work.

“This land was initially allotted for textile industries. The steel industries were set up unofficially and illegally on this land,” said a source who works closely with an NGO here.

Wazirpur Industrial Area employs about one lakh people, of which 80 percent work in steel plants. Each plant has 15-20 people and the activities range from steel pickling to making steel equipments and utensils. Most prefer working in steel pickling plants as the salaries are higher. But they are ignorant of the health hazards of working there.

One worker said: “There are no health risks. The only risk is working at the big machines and being so close to the furnace. We have to be very careful while handling them.” The workers don’t get any medical insurance and if they are handicapped for life or die due to the nature of their work, their families receive menial compensation.

Some 10-15 accidents occur every year, and treatment is costly. The workers are also not adequately trained. A newcomer is trained by four workers who have about three months experience. Moreover, though they are hired to work for only eight hours daily, they usually put in 12 hours. They also work at night. “We are paid Rs 7,500 per month for eight hours of work daily. And, Rs 8000 for 12 hours,” said Rajesh, a worker. To add to their woes, they can be fired anytime.

It is a hard grind, all right.

In 2014, the Tribunal directed DPCC not to grant permission to any unit which directly or indirectly discharged toxic effluents into the river without following the Hazardous Waste (Management and Handling) Rules, 1989. Steel pickling came under it. In response, the DPCC had issued closure notices to 112 such units then for discharging untreated wastewater into sewers, roads and storm water drains. But 105 of them, which came under the umbrella of the Wazirpur Industrial Estate Welfare Society, appealed to NGT against the closure order.

On May 26, 2015, NGT allowed these units to operate as DPCC failed to dispose off their applications seeking consent within the prescribed time limit under the Water Act. It directed DPCC to deal with their applications expeditiously and to inspect them. After doing so, DPCC issued closure orders to 91 steel pickling units. It is obvious that no one is monitoring them. Even on a Wednesday, usually an off day for steel plants here, the units are busy with activity.

Pandey said: “These units are working in connivance with government officials. Work will continue until the district administration takes steps such as cutting their water and power supply.” This was done by the Supreme Court in October 2013 when it heard a case relating to industries located near the Ganga and its tributaries. It allowed the NGT to disconnect power and water supply to any industry that was not following standard pollution norms. Pandey added: “When the initial closure notices were served, they started working only at night. Now they work during the day also as nothing has changed even two years after the order.”

This was corroborated by one of the workers in the unit: “Industries which use acid were served notices to close a year ago but they still continue. Babu (the head of the plant) gives money to officials and everyone is happy.” Those which have shut down did so due to the cash crunch caused by demonetisation.

It is obvious that there is little fear of the law. Unless strict action is taken, these polluting units will continue to unleash toxic waste at the cost of people’s health.