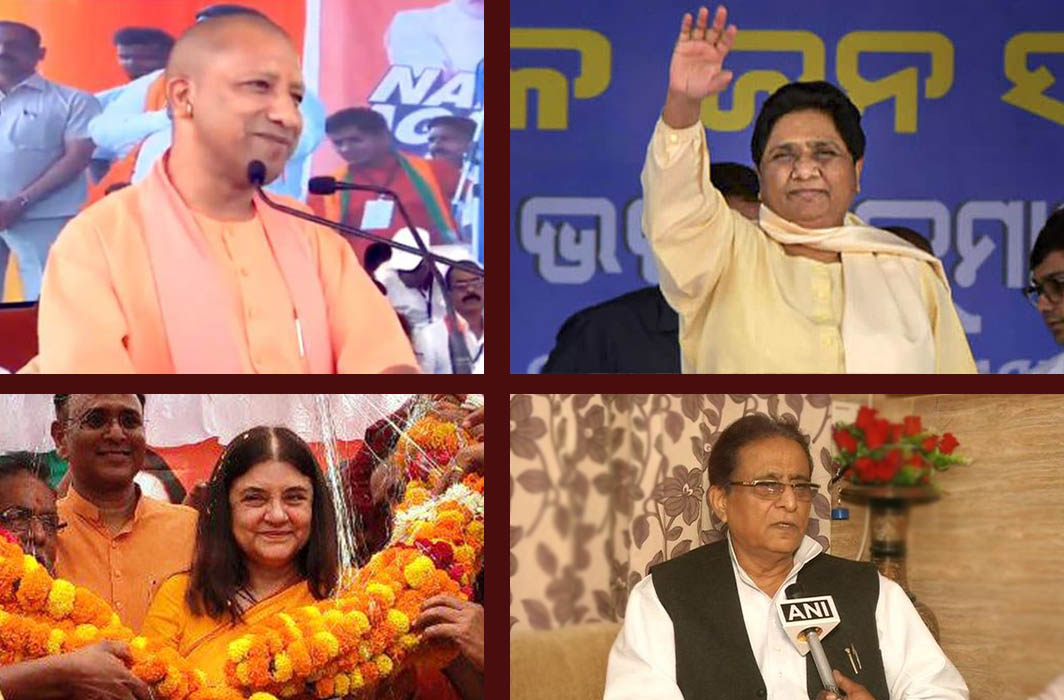 While the Election Commission’s (EC) ban on four leaders—Uttar Pradesh CM Yogi Adityanath, BSP supremo Mayawati, Union Minister Maneka Gandhi and Samajwadi party leader Azam Khan from campaigning for specific periods—for their hate comments is to be welcomed, eyebrows have gone up over the selective manner in which the poll panel is dealing with the merchants of venom.

Adityanath was punished after he said at a campaign rally “If the Congress, SP, BSP believe in ‘Ali’ then we too believe in ‘Bajrang Bali’.”

Maneka Gandhi was also banned for provocative remarks. She said: “…if I win without the support of Muslims, then I won’t like it much. Because you feel bad. And then when Muslims come for jobs, I will say leave it, it makes no difference.”

While the above have been “punished” with a campaign ban lasting between 48 to 72 hours, others have been lucky and got away with much worse comments. AIMIM leader Asisuddin Owaisi, KC Rao, Rahul Gandhi and Navjot Singh Sidhu along with PM Narendra Modi and BJP President Amit Shah are few against whom action has not been taken despite the fact that their comments were equally if not more offensive.

Consider these:  AIMIM leader Owaisi said in a campaign “Laila and Majnu, listen when your love will be mentioned, your love will not be mentioned. They will say when you both came together, the tension between Hindu and Muslim escalated ”

Congress President Rahul Gandhi said during a poll campaign: “But tell me one thing…Nirav Modi, Lalit Modi, Narendra Modi…how come they all have Modi as common name. How come all the thieves have Modi as the common name?”

“I am cautioning you, they are dividing you…If you will get united and vote together, Modi will be rooted out,” Punjab minister Navjot Singh Sidhu said in Katihar while addressing a gathering during a poll campaign.

EC took the note of these violations after it was rebuked by the apex court on a plea by NRI Harpreet Mansukhani seeking directions to the political parties to restrain its candidates to indulge in hate speeches on April 15.

On the plea, the apex court asked the EC: “What action you have taken against candidates indulging in hate speeches.”

The EC replied: “We can merely issue notice, then an advisory and lodge a criminal complaint in the case of repeated violations. We do not have the power to de-recognise or disqualify the person and we can only send advisories. And if the candidate continues to violate the MCC, then we can file a compliant.”

On the next hearing of the case, EC was applauded by the Supreme Court for taking punitive action against the leaders. The apex court said to EC: “It seems you have got your power back.”

EC’s counsel replied: “We found we have several powers.”

In fact, while barring the aforementioned leaders from campaigning the EC invoked its powers under Article 324 of the Constitution. It also referred to Representation of the People Act, 1951 and SC judgment in Abhiram Singh vs C. D. Commachen and others.

It is pertinent to note that SC in a 2017 judgment (Abhiram Singh vs C. D. Commachen and others) has ruled that seeking votes on religion, race, caste or language of a candidate or his rival or even that of the voters is illegal.

“An appeal in the name of religion, race, caste, community or language is impermissible under the Representation of the People Act, 1951 and would constitute a corrupt practice sufficient to annul the election in which such an appeal was made regardless whether the appeal was in the name of the candidate’s religion or the religion of the election agent or that of the opponent or that of the voter’s…,” SC said in the judgment.

The SC gave the judgment on the batch of pleas seeking interpretation of Section 123(3) of the Representation of the People Act, 1951.

It said in the judgment that “Electoral processes are doubtless secular activities of the State. Religion can have no place in such activities for religion is a matter personal to the individual with which neither the State nor any other individual has anything to do… The State can and indeed has in terms of Section 123(3) forbidden interference of religions and religious beliefs with secular activity of elections to legislative bodies”.

It is also to be noted that while perusing the judgment the EC had warned the candidates.

Issuing a letter to the office bearers of all recognised national and state political parties, the EC had referred to the Jan 2, 2017 judgment of the apex court saying that that an appeal to voters in the name of religion, race, caste, community or language is “impermissible” and would constitute a corrupt practice sufficient to annul the election.

“Such appeals may also fall within the ambit of sub-paras (3) and (4) of Part-l of the Model Code of Conduct (MCC),” the EC warned.

It remains to be seen whether EC takes action against the leaders indulging in hate speeches by invoking sub-paras (3) and (4) of Part-l of the MCC or it continues to be selective while barring some leaders from campaigning and allowing others.