The Samajwadi MP Shafiqurrahman Barq had said the temple which has been built in the place of the now-demolished Babri Masjid is against law and justice. "Ram Mandir is being built forcibly and construction is against the Constitution. However, God knows and the public also knows that Babri was martyred Ram Mandir was forcibly built 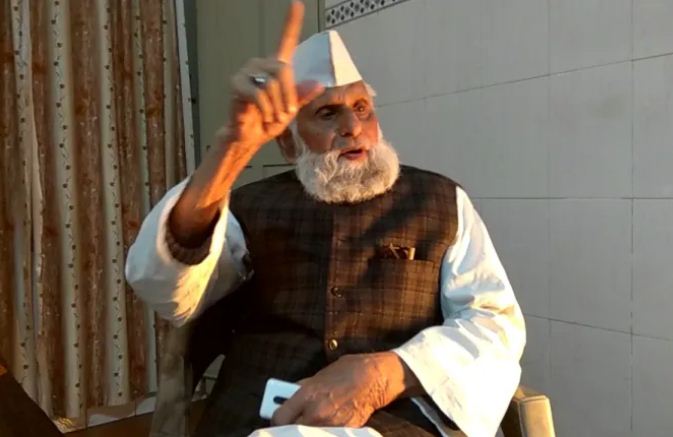 An advocate has filed a complaint with the Delhi Police Commissioner against Samajwadi Party MP Shafiqurrahman Barq for his controversial statement regarding the construction of the Ram Mandir in Ayodhya.

In his complaint, Advocate Vineet Jindal demanded that a a case be registered against Barq under Sections 121, 153, 153A and other sections of the Indian Penal Code.

Jindal’s complaint says the contents of the statement made by the accused clearly show his intent of instigating enmity between Hindu and Muslims. “It was an attempt to create hatred and incite the Muslim community to develop a distrust for the judiciary and the secular ethos of the country. The complaint also alleges that it’s an effort to create riots and wage war in the country.”

“It may threaten security, peace and harmony of the nation and disrupt public order. Being the member, Member of Parliament, Lok Sabha, Shafikur Rehman Barq has an influence on the Muslim community and his statement is with the sole motive to provoke the Muslims of our country,”

The Constitution provides every citizen the freedom of speech and expression but if this right is used in a way that threatens the integrity and harmony of the country, and incites its citizens on the basis of community and religion, and threatens the security of the nation, then it is considered a grave offence.

In his complaint, the advocate mentioned that it is well-known fact that the Supreme Court passed a judgment in favour of Ram Mandir after which separate land was provided to the Muslim community for the construction of Masjid. He said the statement made by the accused questions the dignity of the top court and is contempt of court. He also alleged that the SP MP’s remarks are provocative, inflammatory, derogatory and given with an intent to wage war between the Hindu and Muslim.

“India believes in the law of the land and also ensures equality among all the people irrespective of their caste, race and religion but influential public figures who have certainly an indelible impact on the generation now and generations to come if would indulge in such statements against the Constitution, then how could the youth of India firmly believe in its secular and democratic nature,”