Rajdeep Sardesai on January 26 had tweeted about protester Navreet Singh’s death. He claimed that Singh died because of being shot by the Delhi Police. Later, Sardesai apologized and deleted his tweet. 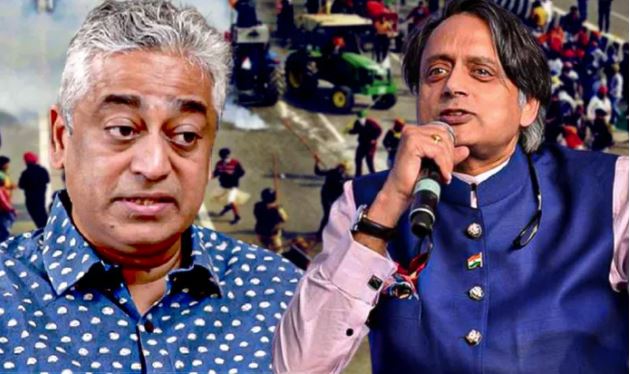 Senior Congress leader Shashi Tharoor and journalist Rajdeep Sardesai on Wednesday have moved the Supreme Court against the FIRs filed against them for misleading farmers and spreading false information during farmers’ tractor rally in Delhi on January 26, Republic Day.

Journalists Mrinal Pande, Zafar Agha, The Caravan’s Paresh Nath, and Anant Nath approached the court on Tuesday evening against the FIRs in the same matter.

Sardesai on January 26 had tweeted about protester Navreet Singh’s death. He claimed that Singh died because of being shot by the Delhi Police. Later, Sardesai apologized and deleted his tweet.

Later on the same day, Sardesai shared a video on his twitter handle. He said the protesters claim that the deceased Navneet Singh was shot at by Delhi Police, while the video clearly shows that the tractor overturned while trying to break the police barricades. The farm protesters’ allegations don’t stand, Sardesai tweeted.

The FIR in Delhi was lodged on a complaint of advocate Chiranjiv Kumar, a Central government lawyer at Delhi High Court.

Similar FIR was filed against the petitioners by the Gurugram police on Thursday following a complaint by one, Pankaj Singh, who has accused them of having spread false information.

The complainant stated that the accused spread fake news about protester Navreet Singh’s death in Delhi on January 26 by blaming Delhi Police to “instigate violence”. Navreet Singh died of head injuries when his tractor toppled after hitting a police barricade. The post-mortem ruled out any bullet injuries.