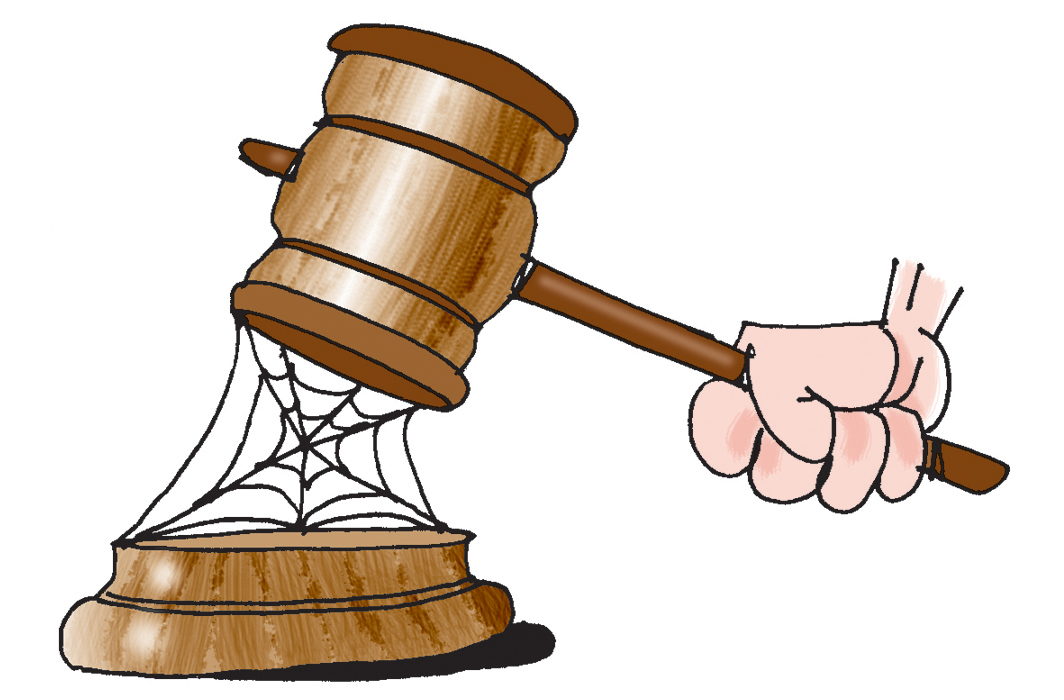 The harrowing story of Prem Chand, a Sonipat shopkeeper who was acquitted 38 years after being accused of selling contaminated turmeric, is a classic case of due diligence and lawful action not being performed

Turmeric has haunted me all my working life. I recall that among my first writings in the late sixties was about “Alleppey Turmeric Fingers and the Conflict of Laws” in the pages of the luminous Journal of Indian Law Institute. Now, a little past 80 years of academic and activist life, I turn myself to the story of Prem Chand in Sonipat. If Alleppey turmeric fingers told me the story of how the hunt for the species played such a large role in Indian colonisation and in shaping the conflict of laws doctrines, Prem Chand tells me stories of how the engines of criminal law are wielded by the “insolence of office” of “proud man, Dress’d in a little brief authority” (to recall Shakespeare) who crowd the stage of history to cancel the very meaning of a sovereign republic where all citizens are equal before the law.

There is no question that food and drug adulteration is a social menace which needs constant citizen and state vigil. And this very serious problem was cognised as early as 1954 by a strict regime of the Indian Food and Drug Adulteration Act and rules. And as late as 2014, Justice BD Ahmed drew attention to the alarming levels of harmful pesticide residues consumed daily by the citizens of Delhi, as shown by a report of an expert committee and ordered that the Delhi government establish a Pesticides Residue Management Cell under the control of the Food Commissioner within four weeks, while lamenting the absence of vigilance by the Food Safety and Standards Authority (FSSAI).

But even strict legal action does not justify the harrowing story (repeated all over again across India) of Prem Chand in Sonipat, Haryana, when a food inspector picked up a 600 gram sample of turmeric from a shop owned by him and sent it to a lab for analysis. The food inspector was, of course, doing his duty under the law when he reported “four living mealworms and two live weevils” allegedly found in the sample from Prem Chand’s store. But he owed duties of due diligence and lawful action; and that was scarcely performed in this case. Those duties involved making a credible indictment based on evidence that would withstand the presumption of innocence till proved guilty beyond reasonable doubt. Here, the 13-year proceedings before the district court resulted (on August 31, 1995)  in acquittal.

But the Haryana government thought it was an appropriate case for appeal to the Punjab and Haryana High Court. This use of administrative discretion was validated after 14 years when it convicted Prem Chand of the offence; it further convicted him for the sale of turmeric powder without a license. He was sentenced to six and a half months in prison and a ﬁne of Rs 2,500. We do not know why the government appealed, but it is clear that, individual cases apart, it did so like many other states and Union Territories, and did not place the adulteration of food and drugs high on the governance agenda and rationality.

At best and worst, we have only governance by arrears in courts: as Justice Dhananjaya Chandrachud, recently releasing data from the National Judicial Data Grind, told us—out of 32.45 million pending cases as of May 24, 9.045 million were civil cases, and the bulk, 23.39 million, were  criminal cases. Of these, 7.1 % cases have been pending between 10 to 20 years, 1.28% cases were pending between 20 to 30 years, while 0.26% cases are older than 30 years.

Can there ever be a justification or alibi for the last two categories in a “well-planned order” (to borrow an expression by Justice YV Chandrachud, see my article in India Legal, August 24, 2020)? The learned Justice said that technology helps us see “which is the part of the pyramid we have to attack first” and that priority will be accorded to “the cases which are older than ten years”. Amen!

A PRS Legislative Data report reveals that Allahabad, Bombay and Punjab & Haryana High Courts lead in pendency for High Courts, all of which have “23% of cases…pending for over ten years”. Statistically, then, the undemocratic fate of Prem Chand was entirely predictable. But this cold data is also democidal in not revealing unconscionable delays in judicial appointments, the varying competence of legal aid programmes, high lawyer’s fees, bail money and other expenses as well as the trauma of the accused and the kin in having criminal prosecution in their lives.

In 2016, the 1954 Act was replaced by the Food Safety Standard Authority of India (FSSAI) Act and the Confederation of All India Traders urged the withdrawal of cases registered under the erstwhile Act as “many of these cases are as old as 20 years and are still in the initial stages”. Apparently, the Prime Minister’s Office has directed FSSAI to take appropriate action in 2015; it is difficult to ascertain further action but it is unlikely that many Prem Chands will benefit from this dispensation.

Nor many would have the perseverance of Prem Chand to take the matter to the Supreme Court of India which ruled on July 30, 2020 (per NV Ramana, Surya Kant and Krishna Murari JJ) that the charges were not sustainable as there was no evidence that any concerned authority saw with “naked eyes” the adulterating agents and that there was “no evidence that the samples were not tampered with”. By this time, Prem Chand was at an advanced age of 76 since the allegation made against him 38 years ago!

Obviously, his is not the first nor would be the last such case! Many who cannot afford lawyers languish in jails as undertrials in search of freedom and justice. From their standpoint, there is no accountability at all in the system for decisions adversely affecting their rights, freedoms, and well-being. Nor was there any acknowledgement or award of any material compensation by the executive and the judiciary. Everyone—both those in power and those imbricated in the networks of enforcement and adjudication—regarded the abuse of discretion and power, and long delays in adjudication, as prarbdha (destiny).

The local, national, regional, and global world around Prem Chand has changed in various events and things since about 38 years ago. Vertiginous global social change has happened; this has been reflected variously in the Indian political processes and adjudication. But for Prem Chand and the constitutional-have-nots, as the French adage has it, plus ça change, plus c’est la même chos (the more things change, the more they stay the same).

And he is entitled to privacy and it would not be surprising if he was not embittered by law in action which he had confronted half his lifetime. Sonipat is a booming, bustling town which I visit when conducting a seminar course at Jindal Global University (JGU), with which I have been associated since its inception. While I will be glad to be proved wrong, Prem Chand may not know that it has in the very first decade of its existence won laurels, including in the world rankings. Nor do the colleagues and the class at JGU know anything about Prem Chand, though they know, and remain concerned, a great deal about law’s delays and clinical legal education. But socially cultivated insensitivity to claims and demands of constitutional justice is widespread across almost all law schools in India; it shows how excellence in legal learning comes at the cost of social alienation, now further considered essential in Covid-19 online learning times.

Millions of Prem Chands experience the law itself as lawless, while the blessings of liberty and life form the experience of law only for tiny constitutional elites. May be, these will someday hasten to fill the lives of innumerable Prem Chands with rights, justice and well-being. I have learnt that taking human and social suffering seriously is in itself a mark of excellence in education and a prime constitutional duty of all citizen-teachers.