154,225FansLike
654,155FollowersFollow
0SubscribersSubscribe
Home Special Story Australian court’s green signal to Adani’s use of indigenous land spells doom for all such peoples on that continent 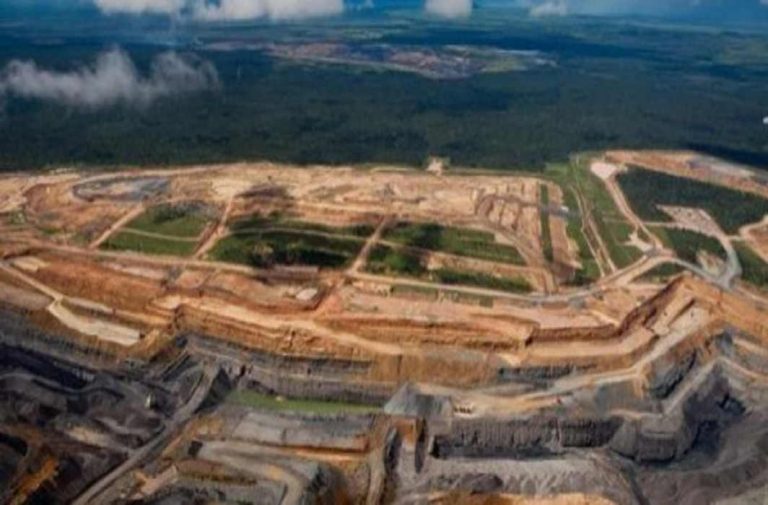 Indigenous people, across the world have suffered at the hands of “development” that has taken away their traditional livelihoods, their farms, grazing land for their cattle and even their very tenuous link to the earth they were born on, their very identities.

It has been happening in India at a pace the courts cannot keep up with and the politicians are exploiting, with the mining mafia infiltrating every possible loophole in law and every possible area that has remained un-mined. Tribal rights have been thrown into the dustbin of history.

If you thought this was endemic in India only, think again. Just the other day, an Australian federal court gave a verdict in favour of the Adani Group whose contentious $16.5 billion mining project in Queensland has created a worldwide furore, because it will certainly create an ecological disaster of Biblical proportions. However, the environment is only one part of the story. The recent court ruling upheld the company’s indigenous land use agreement with the Wangan and Jagalingou people, says a report. This has been challenged by the native communities at the United Nations, but knowing the track record of the toothless UN, this will not wash.

What has happened in the process is that the title rights of the indigenous people have been decimated. Once the company takes hold of the land, there would be no way these indigenous people can reclaim their title and rights ever again.  While Adani has heaved a sigh of relief – this indigenous land use agreement (ILUA) was crucial to its Carmichael coal mine project in Queensland’s in Galilee Basin getting international financing – the very fact that the court, as well as the government has bending over backwards to appease billionaire Gautam Adani for a piece of the huge business pie means that the rights of indigenous people isn’t worth the paper it is written on.

Adani said in a statement: “We welcome the decision of the federal court in upholding the validity of the Wangan and Jagalingou People Indigenous Land Use Agreement process… we look forward to working with the state government and the traditional owners…”

That, of course, is mere rhetoric. Nowhere in the world have big companies, especially big mining companies, honoured with even a fig leaf the rights of indigenous people, once the land is available for use.

The US had been the worst. In his inaugural address in 1829 President Andrew Jackson made a promise “to observe toward the Indian tribes within our limits a just and liberal policy, and to give that humane and considerate attention to their rights and their wants which is consistent with the habits of our Government and the feelings of our people”.

It was lauded by White Americans, but only 14 months later, President Jackson pushed the Removal Act through Congress, forcing Native Americans to leave the United States and settle in the Indian Territory west of the Mississippi River.

The indigenous tribes protested. Cherokee tribes gathered and declared an independent nation. The group also challenged this legislation in US courts. The US Supreme Court ruled in favour of the Cherokees in 1832, but some tribes signed treaties giving the federal government the legal authority to “assist” them in their move to the Indian Territory.

This internal disintegration, of course, was engineered. That spelt the end to their rights, their legacy. Native Indians are no more than showpieces in the US, hounded out of prime land and re-located to “sanctuaries”, which are no more than ghettos.

In New Zealand the native Maori tribes had protested a pipeline project through their lands but were forced and enticed to give up, to the Queen’s (of Britain) administration.

In Argentina, from where its son Che Guevara, a Marxist revolutionary, was incensed as a young doctor at the intimidation of locals – he protested the Guatemalan situation and President Jacobo Árbenz’ CIA-assisted overthrowing at the behest of the United Fruit Company – indigenous tribes have also protested.

Félix Díaz, leader of the Qom indigenous community of Potae Napocna Navogoh (La Primavera), in the province of Formosa, Argentina has told Amnesty International:  “We want to live as human beings. We don’t want to be considered as strangers in our own country, poor or useless. We want to live without discrimination. We don’t want bloodshed, we just want to reclaim our community.”

Treated like second class citizens, the rights of the indigenous peoples of Argentina have been trampled upon for decades, their rights to traditional lands forcibly taken away. Here too, the UN Special Rapporteur on Indigenous Peoples criticised the lack of consultation with the communities. Technically, this is a bad deal for any government, provided the government is willing to think of the UN as an organisation with prime property in New York allotted with some work to do.

Frankly, ignoring the UN cannot spell any danger, financial or physical, for any country. It has become a centre for no more than idle banter for countries with the some of the worst human rights records in history. For all practical purposes, the UN is a toothless organisation and rights if indigenous peoples are the least of the organisation’s multi-billion dollar concerns.

Hence, the native Australians’ threat of going to the UN brings no immediate threat to the financing capabilities of this huge project by the Adanis.  The UN simply does not matter. It has become as irrelevant as the indigenous peoples’ rights.

It was clear when Gautam Adani’s son Karan (CEO of the group’s ports business) claimed to the media that financing for the $1 billion rail line is near complete. “We have completed the financing of the mine, the port is already operational. Now we are just closing on the financing on the rail part,” he had said. “So once that is done we will start.”

That is a strange statement in the face of major banks in Australia refusing to finance the mines and the rail line – a vital link for the mines and the developing port. But, as it seems now, the Australian government and the judiciary as well, aren’t too keen on land rights staying with the indigenous peoples.

The dangerous part is that once such rights are diluted, the dam that held the entire facade of civility intact, will break. The whole of that country will become another US or Argentina or any other Latin American country or even India. The rights of indigenous peoples be damned.