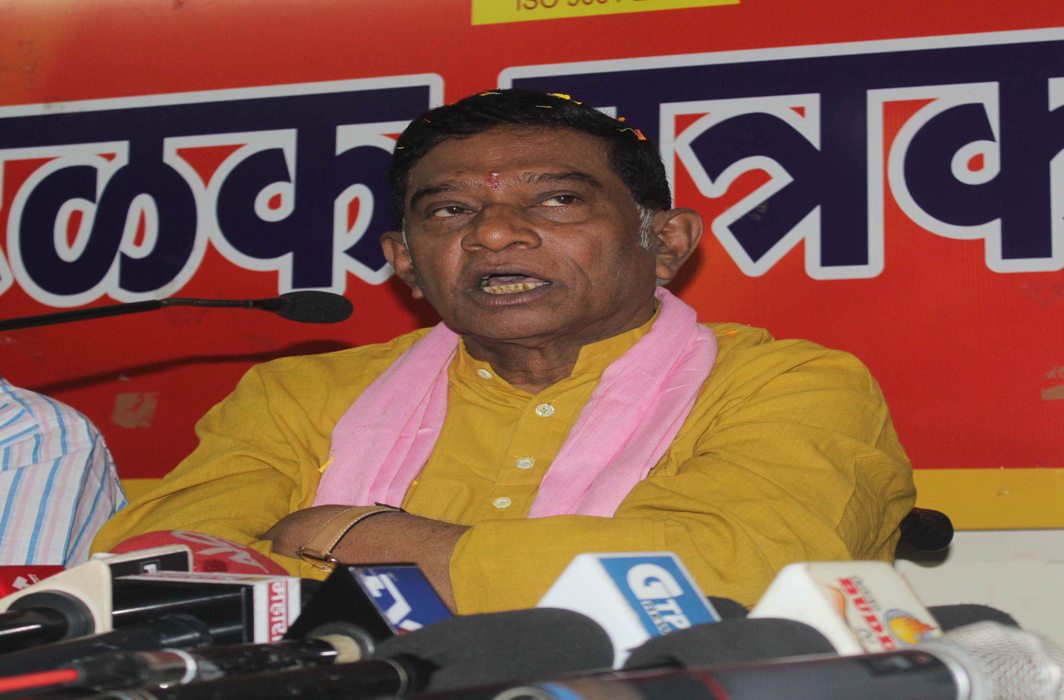 Many hundreds have died agitating for reservation in jobs and education but in Chhattisgarh, the smarter ones have found a simpler solution. Just make a fake certificate, get a job and enjoy. Chances are, it will last forever. If someone complains then contest it with all your might in the courts and maybe a final decision or termination order will never come through. Former Chief Minister Ajit Jogi’s run-in with his political opponents over his tribal status and his various court battles have shown a beacon to others who may be similarly accused.

The General Administration Department (GAD) revealed in the assembly during the just-concluded Budget session that as many as 539 officers in the state are under scrutiny for submitting false caste certificates. The officers include patwaris, sub-divisional magistrates, constables and DSPs.

Most of the accused appear to have acquired tribal certificates from Jashpur region and Bastar. The most abused tribes and castes appear to be Uraon, Halba, Tharva, Gond (tribes), and Prajapati, Suryavanshi, Satnami and Mahar (castes). Tribal Welfare Minister Kedar Kashyap says: “The committee entrusted with investigating the cases of fake certificates is doing its work and its findings will be sent to various departments for action.”

What he has failed to determine or follow up is that of the 124 fresh cases under investigation, only 98 were taken up this year, from which 59 accused were found guilty by the empowered committee. No action has been recommended or taken. What is even more startling is that most cases of fake certificates are of the GAD, the nodal department for all government employees.

The Supreme Court had directed the formation of district-and state-level scrutiny committees for verification of caste certificates in the case of Madhuri Vs state of Maharashtra in 1994. The concept has been followed in several cases. It is aimed at settling disputes at the grassroots level and also avoiding protracted court battles for verification. The process came to be known as “caste validation”. Some states took up the matter seriously, while others like Chhattisgarh are still stuck in the age-old system of issuance of caste certificates by a tehsildar or a sub divisional magistrate (SDM). If disputed, it  goes back to them for verification!

Maharashtra follows the scrutiny committee system with better results than the rest. It has established 15 scrutiny committees apart from a state-level coordination and monitoring body. On an average, they receive six lakh validation requests in a year, so the process was made online in September last year. Ordinarily, every caste certificate holder is required to get his certificate validated in Maharashtra. The online facility offers a validation within 90 days if all other documents related to a person’s bloodline are in order. In case of disputes, the scrutiny committees come into play, which on an average look into about a lakh of cases every year. The large number of cases in Maharashtra also result from inclusion of Muslims and Marathas among OBC castes.

In Chhattisgarh, however, the validation process is non-existent.  In the celebrated case of Ajit Jogi vs state in 2015, the Supreme Court directed the formation of a three-member scrutiny committee to examine his case. The order did not limit the scrutiny committee to examining his case only. The committee is to deal with all cases before it. The committee was to comprise the GAD secretary, the commissioner for tribal/SC welfare, and the member secretary for tribal/Scheduled Caste welfare. The Chhattisgarh government appointed Reema Babasaheb Kangale, IAS, who was secretary, GAD, to look into the matter of Jogi’s certificate. She pronounced him non-tribal, following which the Bilaspur collector cancelled Jogi’s tribal certificate in July last year.

Jogi went to the High Court and questioned the formation of the high-powered scrutiny committee. It so happened that Kangale was GAD secretary, tribal commissioner and held additional charge as member secretary, tribal commission, as well. The High Court agreed with Jogi and struck down the decision of the committee which in effect was a single-person panel as opposed to the apex court guideline of a three-member committee. Consequently, the order of the district collector of Bilaspur cancelling his certificate was also struck down and the state has been asked to form a new committee.

In Jogi’s case this is a big relief as elections are round the corner at the end of the year and he will be able to contest from a tribal seat if he chooses, and so will his son, Amit Jogi. The committee has so far not been reconstituted and at the speed with which things work, it will be another couple of years before it may arrive at any decision.

The High Court’s order striking down the Kangale Committee has come as a relief to the 59 who have been found guilty of using fake certificates. The other nearly 500 officers and karamcharis under investigation are naturally relieved that their cases will be in cold storage for the next five years at least.

BS Rawte, working president of the Tribal Society of Chhattisgarh, says: “It is gross injustice that people of other castes are able to steal our jobs and there is no quick cure even after it is proven. Be that as it may, those found guilty should also be asked to return all the perks and privileges availed of while in service which will be a deterrent.”  That may or may not be, but the skewed justice system means a tehsildar with a fake certificate would have presided over hundreds of land settlement cases affecting thousands of lives.