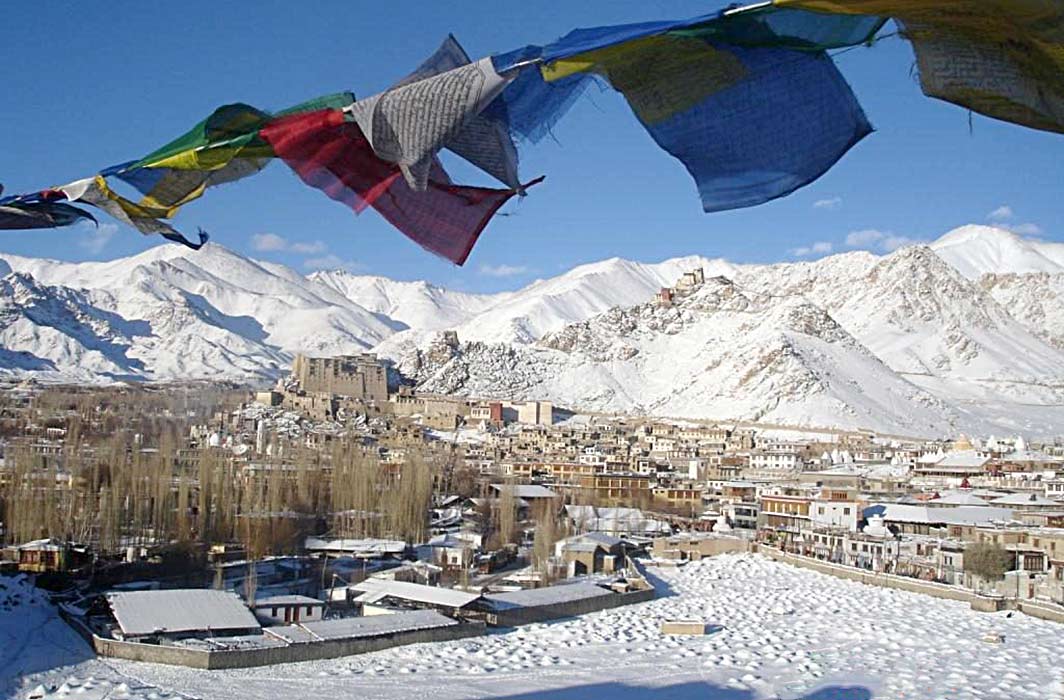 Seven journalists of Leh district in Jammu and Kashmir  have complained to police that BJP leaders tried to bribe media persons in an attempt to use media to influence the outcome of the elections,”

The Bharatiya Janata Party finds itself at the centre of a raging media bribery scandal in Jammu and Kashmir. The party’s state president Ravinder Raina and Legislative Council member Vikram Randhawa are exposed to the charge of trying to openly bribe reporters at a press conference. The incident took place in the trans-Himalayan Leh district on May 2. Although five days have passed since then, the last word has not yet been heard in this regard. Some CCTV footage of the happening has already started doing the rounds on YouTube.

In fact, hardly a day passes without it being mentioned at one platform or the other. On May 6 Harsh Dev Singh, National Panthers Party chairman and former J&K Cabinet minister, has demanded derecognition of the BJP and disqualification of its candidate Jamyang Tsering Namgyal in the Ladakh parliamentary constituency for violation of the Model Code of Conduct (MCC) saying that “It’s only a tip of the ice-berg and not the sole episode wherein BJP has used money power to manipulate the elections.”

On May 4, National Conference vice-president and former chief minister tweeted calling upon the Election Commission of India and the police to take congnisance of the incident. He also circulated journalists’ first-hand account of the occurrence.

Seven journalists of the district, who were present at a BJP press conference in a hotel in Leh on May 2, alleged in a letter addressed to Station House Office of Leh and widely circulated in social media, that “after the press conference was over, BJP leaders including state president Ravinder Raina and MLC (member of the Legislative Council) Vikram Randhawa tried to bribe media persons by offering money in envelopes, in an attempt to use media to influence the outcome of the elections,” The signatories were: Morup Stanzin, Tsewang Rigzin, Rinchen Augmo, Taslin Lundup, Stanzin Desal, Tsewang Paldan and Stanstrung Dorjay. They said they did not accept the offer of the BJP leaders and rejected it “outrightly.” They demanded registration of FIR against the BJP leaders for violating Model Code of Conduct.

When contacted on mobile in Leh, Tsewang Rigzin, a highly-regarded activist and journalist, who was present at the press conference, confirmed the incident, He told India Legal that before they could reach him with the cover, one journalist opened the envelope. “We all saw Rs 500 notes,” he said, adding that they then collectively expressed their anger and stopped them.

As some journalists were sought to be targetted in a vilification campaign after they publicised their resentment, Rigzin, as General Secretary of Press Club Leh, issued a statement on May 4 decrying the attempt “to belittle the image of Press Club Leh” stating inter alia: “Our aim was to bring this incident to the notice of respected officers associated with the elections who are trying to conduct this election peacefully without any violation of the Model Code of Conduct. Being responsible citizens of the country and also as members of the fourth pillar of society, our objective was to bring this incident to light. Now it is the duty of the concerned officers to take the matter forward.”

For his part, Ravinder Raina in a letter to Press Club Leh president Morup Stanzin on May 5 denied all allegations against him as “totally false, baseless, without any evidence” and “politically motivated.” He sought written apology from  Press Club Leh “within next 48 hours” threatening that he would otherwise file a defamation case in the High Court as well as under Section 66-A  (punishment for sending offensive messages through communication service like computer resource, device or electronic mail) of the Information Technology Act.

Leh district is one of the two districts the other being Kargil which constitute the Ladakh parliamentary constituency, The BJP has been sparing no effort to retain the seat. It has taken quite a few popular measures after Thupstan Chhewang, a veteran Buddhist leader of the region, resigned from the party and the Lok Sabha in November 2018 accusing the central leadership of not keeping its electoral promises made in 2014. Thupstan, twice member of the Lok Sabha — first time as leader of the short-lived Ladakh Union Territory Front (LUTF) — has since announced his decision to keep out of electoral politics. It is generally admitted that it was because of him that the BJP had won the seat for the first time in the previous elections.

The constituency went to the polls on May 6 witnessing a heavy turnout of voters both in the Buddhist-majority Leh and Shia-dominated Kargil, which despite sharing ethnic, linguistic and historic affinity, are at political loggerheads. There is a four-cornered contest. Besides Jamyang Tsering Namgyal, who is also chairman and chief executive councillor (CEC) of the Ladakh Autonomous Hill Development Council (LAHDC, Leh),  Rigzin Spalbar (Congress candidate and an ex-LAHDC chairman and CEC), Sajjad Kargili (independent backed by Islamia School, a top Shia socio-religious organisation, National Conference and the People’s Democratic Party) and Asghar Karbalai (Congress rebel having formidable support in Kargil including of the Khomeini Trust, another important Shia socio-religious body) are in the fray. Close observers are keeping their fingers crossed about the outcome in view of the high percentage of voting especially in Kargil district including its Zanskar assembly segment where the BJP has backed a popular demand for a district status.

There is intense speculation about the result. It  has, however, not taken away the spotlight from the issue raised by media persons of Leh who have recently formed a club and union of their own. The Indian Journalists’ Union, which has a representative in the Press Council of India, has meanwhile expressed solidarity with them.