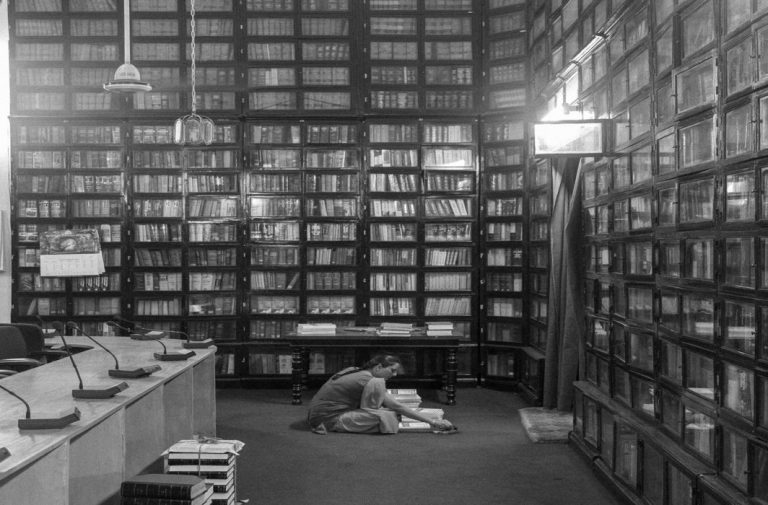 Above: Inside the Patna High Court record room. The apex court held that if reconstruction and retrial are not possible due to loss of basic records, the accused can be acquitted/Photo: Prashant Panjiar

The Kerala High Court recently ordered an inquiry after court files relating to a case of misappropriation of funds in the state-run Malabar Cements Ltd went “missing”. Justice B Sudheendra Kumar of the High Court termed the disappearance of files from the court as “worrisome”. “It appears that the missing of memorandum ofp the Writ Petitions is an orchestrated event. From the above, it can be reasonably presumed that the security of the High Court is at stake. Therefore, the situation is very much alarming. Such type of orchestrated activities cannot be permitted to continue in an institution like temple of justice,” Justice Kumar said.

Well-intentioned sentiments, but the fact is that such incidents have been happening, not just in Kerala, but in courts across the country. And for a long time. It was believed that such happenings would end once the e-court system was put in place, but the tardy pace at which it is proceeding means case files will continue to go missing, making a travesty of the judicial process.

In September last year, APN TV, a sister concern of India Legal, had exposed a story of justice delayed in a Lucknow court, not because of pendency, but because judges were not even apprised of the case. Initially, the Registry had failed to allot the case to any judge, but 22 years later, the files went missing. The case related to one Ram Babu Gupta having an altercation with his neighbour, Raju Singh, in 1995 over a Rs 12,000-deal. Matters took an ugly turn when Singh, along with two others came to Gupta’s house and shot him. Gupta survived and a criminal case was lodged with the Saadatganj police station in Lucknow. But the court took note of the matter only last year. When Gupta went to the Lucknow bench of the Allahabad High Court to enquire about his case, he discovered that the file pertaining to it was missing.

More recently, in March this year, the chief investigating officer in the Mecca Masjid blast case found that a key document—the disclosure filed by accused Aseemanand—has reportedly gone missing while it was in a lower court’s custody. Aseemanand, aka Naba Kumar Sarkar, was the primary accused in a number of bomb blasts, including Mecca Masjid, Ajmer, Samjhauta Express and Malegaon. The officer, T Rajah Balaji, found that the key two-page document in which Aseemanand had explained the alleged conspiracy to the CBI, was missing. “The document, marked as ‘Memo of Disclosure’ No 88 in NIA chargesheet, reportedly contains names of senior RSS leaders,” The Times Of India had said. It had quoted investigators to say the document was crucial in sealing the self-styled godman’s fate in the case. On May 18, 2007, the explosion of a crude bomb, allegedly planted by Hindutva organisation Abhinav Bharat killed nine people and injured at least 58 when thousands had gathered for the Friday namaz at Mecca Masjid, considered to be one of the holiest Muslim shrines in India.

If all this wasn’t bad enough, consider this. As judges of the Delhi High Court, Pradeep Nandrajog and Mukta Gupta are perhaps used to case papers disappearing from files but they were flabbergasted to find that a document containing a judgment, against which an appeal was to be heard by them, had gone missing. The bench was shocked to find that there no signs of the original judgment, though the appellant in the case carried with him a certified copy issued by the court Registry.

Five years ago, the Delhi High Court had directed a trial court to “reconstruct the records” of a 20-year-old rape case where files had gone missing both from police and court records. A division bench of Chief Justice D Murugesan and Justice VK Jain also asked the Saket district judge to proceed with the case if the matter was not settled between the parties. “We direct you to reconstruct the records of the case,” they said. A time of two weeks was given to the officers for reconstruction while the bench also directed appropriate action against the officers responsible for the missing files.

Reconstruction is a laborious process and not always foolproof. It is not always possible and where possible, it is often inaccurate.  The acquittal of the accused leads to miscarriage of justice. In order to avoid such mishaps, the best way out is the digital route. In cases where any document or part of the record is found missing, the Presiding Officer of the court is entrusted with the task of taking appropriate action for its recovery or reconstruction. The apex court has in the past held that if reconstruction and retrial are not possible due to loss of vitally important basic records, the accused can be acquitted.

Though almost all 24 High Courts of the country are now digitised, adapting to the new technology has been rather slow. This can be gauged from a news report which said that in 2016, after checking on the e-Courts website details of 800 case records with 13,800 hearing dates, in a magistrate’s court in Mahar-ashtra, a survey team found that there were only 35 case records with a total of 86 order sheets available among them.

The wheels of justice in this country turn slowly—or go missing.