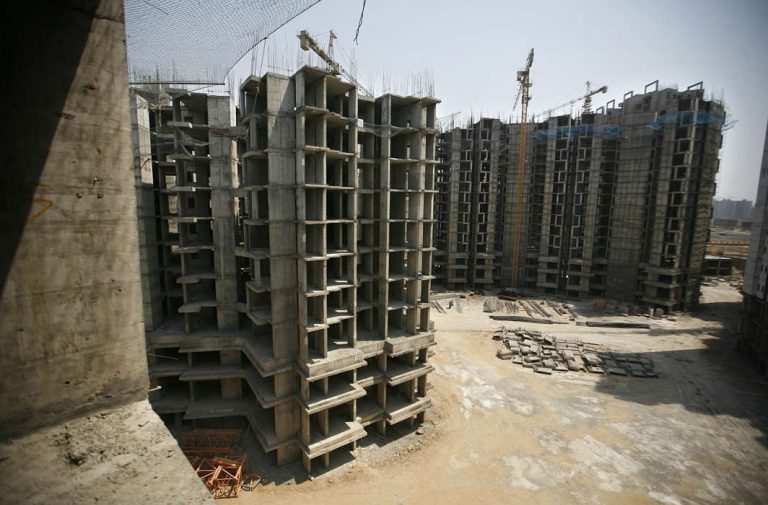 Above: The Amrapali Group’s ugly, half-built buildings are a sharp reminder of the way homebuyers have been duped/Photo: Anil Shakya

In a relief for homebuyers, the Supreme Court has slammed various real estate firms and said it will not hesitate to sell every inch of their properties and even render their promoters homeless

Thousands of harried, stressed and anxious homebuyers in the National Capital Region heaved a sigh of relief early this month as the Supreme Court sent a tough message to defaulting real estate companies who had abandoned their projects or were not delivering houses to those who had invested in them.

The apex court said that it would sell their properties and use that money to get the houses constructed. For the first time, homebuyers saw light at the end of a dark tunnel as many had invested their life’s savings and were waiting to get possession.

Many skyscrapers in Noida and Greater Noida stand as ugly, half-built sentinels. There are no construction workers in sight. The concrete structures are reminders of numerous fly-by-night real estate companies that have cheated thousands. They had stopped the construction saying they had no funds.

After giving builders enough time to mend their ways, bring in ethical practices and put their finances in order, the Court ordered attachment of all properties and bank accounts of the Amrapali Group. It also attached 40 subsidiary companies, promoters and directors for defrauding thousands of homebuyers.

A bench of Justices Arun Mishra and UU Lalit said: “You are in the hands of the Court now and you have to act cautiously and uprightly. Don’t play smart with us. We will sell every inch of your property and render you homeless.” They pointed out that the real estate company had made homebuyers wait for years and so the Court would not hesitate to go to any lengths to protect their interests.

The Court asked Amrapali to file details and valuations of its assets and gave the company a fortnight to comply. This was after the Group said it had identified seven properties that could be sold for around Rs 400 crore. The Court then said it was not enough as Rs 5,112 crore was required to complete the unfinished projects. It asked for all asset valuations which could then create the required amount.

Earlier, the Court had directed Amrapali to complete its projects so that homemakers could move in. Instead, Amrapali approached the National Buildings Construction Corporation (NBCC), a public sector company, requesting it to take over its projects. The Group should not have done this when a case filed by the homebuyers of Amrapali projects was being heard in the Court. The Court now plans to hand over the amount to the NBCC so that it can complete all projects of Amrapali.

The Court also asked for details of the company’s present and past directors who had worked there since 2008. It asked for a report on companies responsible for the maintenance of Amrapali’s different projects. It was clear that the Court meant business.

The Court had earlier warned the Amrapali Group, its promoters and directors of severe consequences if it failed to raise Rs 5,000 crore to complete its half-done housing projects.

It said in no uncertain terms that it would order the sale of all properties of the Group, including their individual homes, as buyers had been short-changed and cheated. As many as 43,000 homebuyers had invested in homes that the real estate giant had promised. Of them, 170 towers were in Noida and Greater Noida alone.

Amrapali is not the only one to be slammed by the Court. It also ordered the sale of Jaypee Infratech Ltd (JIL) to investors and promoters. In a unique act, it offered homebuyers a seat at the table if they were interested. Interestingly, under the amended Bankruptcy Code, homebuyers are classified as financial creditors empowering them to decide on the company’s future along with lenders.

Clearing the decks to start insolvency proceedings against another real estate company, Jaiprakash Associates Limited (JAL), a Supreme Court bench headed by Chief Justice Dipak Misra and Justices AM Khanwilkar and DY Chandrachud said: “The claim of JAL that flats were delivered is a fractured claim as flats have been delivered in incomplete stages and are not in accordance with allotment letters. The flooring is not complete, doors and windows are missing and no objection certificates have not been obtained.” It further observed that JAL did not have the capacity to deliver the flats and 22,000 homebuyers were suffering due to delays of more than four years.

An audit report of JIL’s financials show that it may have diverted more than Rs 10,000 crore to other businesses. The Court noted that this cast serious doubts on JIL’s credentials. Actually, the Court had given enough time to JAL to come clean. It had asked it to deposit Rs 2,000 crore by September 11, 2017, to protect the interests of the homebuyers. But, it had only deposited Rs 750 crore.

JAL has defaulted more than 30 banks to the tune of Rs 30,000 crore. It has defaulted on fixed deposits, foreign currency, convertible bonds and payments to Noida Authority. The Supreme Court bench permitted the Reserve Bank of India to direct banks to take JAL to bankruptcy courts. This can be done under the Insolvency and Bankruptcy Ordinance, 2018.

Arvind Jain, president of Developers Township Property Owners Welfare Society, told India Legal: “The sale of personal properties is limited to Amrapali where diversion of funds was detected. As far as Jaypee is concerned, the Interim Resolution Professional (IRP) has 270 days to reach a resolution. The final bidder will be selected by a Committee of Creditors which includes the homebuyers. It remains to be seen how the 20,000 homebuyers will agree on one bidder. Once IRP submits its recommendations to NCLT, some parties may contest that. Once NCLT gives its decision, it can be challenged in NCLAT and finally, in the Supreme Court. As insolvency proceedings will take time since they have to pass through these three layers of justice, it will be a long-drawn affair. Only after all the legal decks are cleared can construction begin after evaluating all the work that needs to be done in each tower. The resolution is not going to be either easy or quick.”

Finally, the successful bidder may have to take some regulatory approvals and do site assessment for work to be done. This will take more time. Unless each of these is done, construction of the flats cannot resume.

JAL told the Court that it would double the number of workers from 4,000 to 8,000 so that work could be speeded up for delivery of houses. But the Court was not fooled. It said that it only meant that it was increasing the strength from 17 workers per tower to 35 workers. As there were 228 towers to be built, 8,000 workers would just amount to two workers on a floor of four flats. At this rate, completion of 21,532 flats would take years, the Court said.

Sanjay Sawhney had invested in a Noida flat and had to wait for years to get it. After he moved into it, he found the towers and other infrastructure were incomplete. “It is a tragic story for thousands of homebuyers who toiled all their life to own a house. Small investors came into the business masquerading as builders, took money from buyers in advance and then siphoned it off to other projects. The reality today is that builders have exhausted their funds. Who will now risk giving them money? Buyers will pay the remaining instalments only after they get possession. We are caught in a vicious circle,” he said.

Rajeev Talwar, chairman, National Real Estate Development Council, told India Legal: “The real estate crisis is partially because of circumstances and partially created by companies. Action must be taken against rogue companies. But putting developers in jail is not the answer as that will not help buyers get their homes. A realistic way would be to assess how much money is required to complete each pending project. An assessment should be done one building at a time and then a bank could be assigned to finance the builder so that the flats are completed. That is a realistic way out.”

Meanwhile, the Supreme Court upheld a National Green Tribunal order imposing damages of Rs 100 crore or 10 percent of the project cost, whichever is higher, on Goel Ganga Developers India Pvt Ltd for raising construction in violation of the environmental clearance rules and regulations.

The bench, comprising Justices Madan B Lokur and Deepak Gupta, also upheld the fine imposed upon the Pune Municipal Corporation and the direction given to its commissioner to take appropriate action against the erring officials.

The Court observations in these two cases will hopefully make numerous real estate companies sit up and work towards completing their projects and delivery of houses. The apex court granted six months for the fine to be paid. In case it wasn’t paid, all the assets of Goel Ganga Developers India Pvt Ltd, as well as of its directors, would be attached and sold to recover the fine, it said. The developers also stand to lose their licence if the fine is not paid and they will also not be allowed to develop any real estate project in future, the Court warned.

Over 4,000 complaints regarding flats are waiting to be heard in Noida and Greater Noida. Though the Real Estate Regulatory Authority (RERA) has been operational in Uttar Pradesh since April 2017, it got a full-time chairman only in early August this year.

Over 80 percent of the complaints related to housing in the state came from Noida and Ghaziabad as it has seen an unprecedented boom in real estate. Scores of flats are lying incomplete without a single worker in sight. The state is planning to set up a separate bench in Greater Noida soon to hear the pending complaints. This has been a longstanding demand of homebuyers in Noida.

Both RERA and governments in various states will have to ensure that there are adequate strictures and regulations to protect homebuyers. They have no choice as the courts have shown that they are not going to tolerate delays anymore.