The BCCI becomes headless as the Supreme Court cracks down on the world’s richest sports body, leaving a huge question mark over its future

The Supreme Court’s surgical strike which removed the top brass of the Board of Control for Cricket in India (BCCI) was not entirely unexpected but it has created a vacuum that leaves the organisation—and by extention Indian cricket— stuck at the crease.

The court ruling saw the back of BCCI President Anurag Thakur and secretary Ajay Shirke, leaving the administration in the hands of its first ever CEO, former media professional Rahul Johri, in line with  the recommendations of the Lodha Committee.

What the apex court’s action—making good its order of July 18, 2016—did was put an end to the Raj at the BCCI. Thakur, a BJP MP, probably suffered from the same malaise that seasoned politicians have: a sense of invincibility. Moreover, Anurag Thakur angered the CJI and the bench—which also included Justices AM Khanwilkar and DY Chandrachud—by his lie in an affidavit. Thakur had said in his affidavit to the court that he had not asked for a letter from the International Cricket Council (ICC), presumably to confirm his assertion that the Lodha Committee’s recommendations interfered in matters of the board. (The ICC does not allow governments to interfere into the administration of its full members like India). The lie was nailed when ICC chief executive David Richardson admitted on an Indian television channel that Thakur had written such a letter to the ICC. Thakur’s falsehood amounted to a criminal offence in the eyes of the court.

The tribulations that now impact the BCCI are of its own making (see timeline), and forced the court to intervene, initiated by a PIL filed by an almost unknown Cricket Association of Bihar secretary Aditya Verma (see interview). That led to the formation of the Justice Lodha Committee which now forms the basis of the court order and the BCCI’s workings.

Justice RM Lodha (Retd), chairman of the Lodha Committee, has reportedly said: “It is victory for the game of cricket and it will flourish. Administrators come and go; ultimately it is for the game.”

Most observers agree that Thakur’s arrogance and defiance of the court left the judges with no choice. Even as the seasoned Sharad Pawar bowed to the Lodha Committee’s recommendation of upper age limit of 70 and resigned as president of the Mumbai Cricket Association, Anurag Thakur remained stubborn. In a cryptic message, he said: “If Hon’ble Supreme Court judges feel that, BCCI could do better under the retired judges, I wish them all the best.”

The names making the rounds for the BCCI President’s post make for an intriguing contest. They include:

Sourav Ganguly (44):  The former India captain is well-respected and has a good reputation as an administrator with the Cricket Association of Bengal (CAB). What goes against him is that he is an open supporter of the Trinamool Congress (TMC). With Mamata Banerjee leading the Opposition attack on the NDA government, much will depend on how Finance Minister Arun Jaitley, influential in cricketing matters, feels about this. Ganguly has also served a year of his three-year term as CAB president. The Lodha panel wants a three-year cooling-off period after June. Sourav remains “undecided”.

Brijesh Patel (64): Is within the cut-off age of 70 but he has been honorary secretary of the Karnataka Cricket Association since 1999. The Lodha Committee recommendations say one cannot have “held any office or post in any other sports association…for a cumulative period of nine years.”

Mohinder Amarnath (66):  Another dark horse, he is seen as a gentleman, which is a disadvantage in the dog-eat-dog world of sports administration in India. The Man of the Series in India’s 1983 World Cup victory, he has been described by West Indian Vivian Richards as “one of the nicest men to have ever played the game”. Frankly, being “nice” actually goes against him. Also, he lacks administrative experience. His application to be coach of the Indian team was turned down. 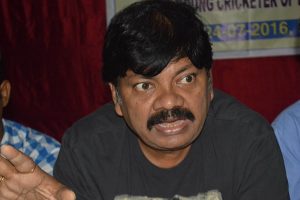 Aditya Verma, secretary, Cricket Association of Bihar, whose petition led to the cleansing of the BCCI, in an interview to India Legal

You reaction to the Supreme Court verdict?

I am extremely happy that the topmost authority of the country has finally heard the pleas and given a very right verdict on the BCCI. The BCCI mandarins had thought they were above all, even above the law of the land. I have always supported the Lodha panel’s recommendations and I believe this will now pave the way for a just administration.

You have been the prime mover from the beginning in this issue. You had initiated the removal of N Srinivasan. You think this is a victory for you?

I am a small person in a small area called Bihar. I am working for the children of the state and this is a nursery of cricket. I will keep working from here.

Subodhji is my mentor and he is the chief of my association. But this is a fight for the truth and the corrupt have been thrown out. That is the big takeaway from here.

The search is on for the president’s job. Who in your opinion fits the bill?

I know Sourav (Ganguly) and (Brijesh) Patel’s names figure among the probables. I think neither has a chance. Sourav has been a great cricketer and is proving to be a great administrator as well, but he has too many interests elsewhere, including business interests as well as political affiliations. These might not go down well with the Court.

I am sure the two-member Court-appointed panel will choose the right name, but if you ask for my personal opinion, I think Mohinder Amarnath is the best suited. He has been a great inspiration for the country, cricket-wise, and he is a clean, honest man.

But Mohinder has not been in administration for a long while. His application for national coach’s job was turned down by the Board.

Staying out of the administration for long, in my opinion, is not a disqualification. He is somebody you can look up to, who can give fair judgement and impartial administration.

Kirti Azad (58):  The former India player has also served as an administrator but is now largely known as a politician, a third-term BJP MP. More importantly, he has openly taken on Jaitley over alleged irregularities within the Delhi and District Cricket Association and was suspended from the party in 2015.  Chances are slim.

January 2015: Lodha panel formed with two objectives—to determine punishment for those indicted by the Mudgal Committee and suggest reforms in BCCI.

July 2015: Lodha panel exonerates Raman but suspends CSK and RR for two years; owners banned. The franchises could, however, be ­sold.

February 2016: With the BCCI failing to accept any of the recommendations, the Supreme Court orders office bearers to get back with suggestions by January 31. Lodha Committee refers back to the Court, which gives the BCCI a March 3 deadline.

February 2016: BCCI registers its objections to the recommendations, especially on one-state-one-vote clause and cooling-off period. It also objects to the suggestion of a three-member selection panel.

September 2016: The Board’s constant opposition and violation of July 18 Court judgement, directing it to implement recommendations, results in Lodha panel asking the Court to expel the top brass.

September 2016: The Supreme Court asks officials to fall in line or face action.

October 2016: In a Special General Meeting, the BCCI rejects the key recommendations, also decides to disburse Rs 1,100 crore to its affiliates. Lodha panel asks banks to stop the transfers, asks board to give unconditional undertaking not to avoid orders from the Court. Questions Anurag Thakur on seeking the opinion of the ICC, and asks him to file an affidavit on that. That affidavit was found to be a lie.

December 2016: The Board remains defiant. Only three associations—Hyderabad, Vidarbha and Tripura—agree to implement the changes. The Court discovers that Anurag Thakur had approached the ICC.

Shivlal Yadav (59): A former India player, this Hyderabadi has been prominent in the development of the sport in the state, and also has the Supreme Court’s confidence. When former BCCI president N Srinivasan resigned, he was appointed by the Apex Court to look after BCCI’s affairs.

Ranjib Biswal (46):  This Odisha cricketer has played for the country and has served as chairman of IPL, member of the East Zone selection committee, chairman of the National Cricket Academy and president of Odisha Cricket Association.

In the end, it might not even be a former cricketer chosen. This has been the case for a long time and it has borne fruit, albeit some of them rotten.

Lead picture: Justice TS Thakur (extreme left) ruled that the BCCI has to implement the reforms suggested by the panel headed by RM Lodha (2nd from left). BCCI president Anurag Thakur (above left) and secretary Ajay Shirke had to step down following the SC ruling. Imaging: Amitava Sen