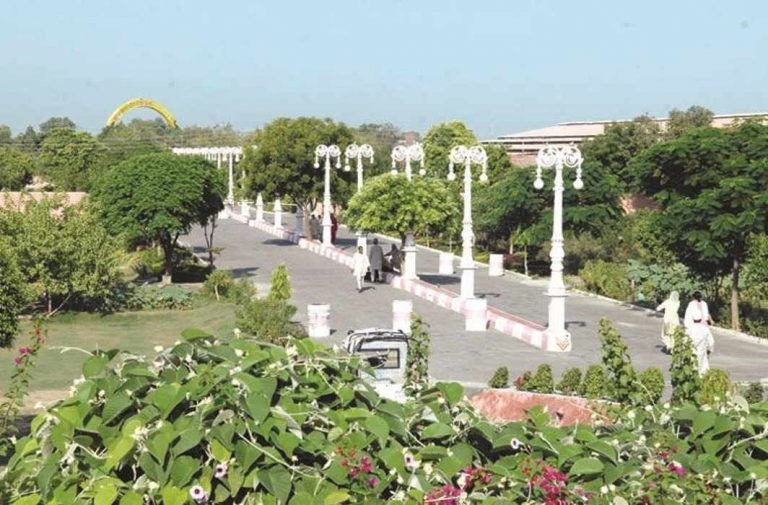 Above: The compound of the Dera Sacha Sauda in Sirsa, Haryana

Investigating agencies are probing benami deals of Gurmeet Ram Rahim, the convicted former head of the sect, who acquired properties in the names of senior functionaries and made a killing

Besides the sprawling 600-acre headquarters of Dera Sacha Sauda in Sirsa, Haryana, there is no conclusive evidence of the total land owned by the Dera in various states and abroad. The Dera, once headed by convicted Gurmeet Ram Rahim Singh, has a presence in almost all states and nearly 30 countries.

The group’s penchant for acquiring land, by fair and foul means, is slowly coming to light with the CBI, IT and the Enforcement Directorate (ED) investigating the intricate system adopted by it to do so. As large tracts were acquired in benami deals in the names of senior Dera functionaries, the investigation agencies are finding it a daunting task to unmask the extent of these transactions.

In the latest status report filed before the Punjab and Haryana High Court on August 8, the ED said that it found that the Dera had acquired 293 acres in benami deals from hundreds of farmers. Even as it is trying to uncover more such deals, the agency has asked the Court to direct the benami prohibition units of the IT Department, which specialises in investigating such deals, to conduct a comprehensive probe.

“The power of attorneys in respect of these lands were executed by the farmers to three key personnel of Dera Sacha Sauda and the aforesaid three persons, being power of attorney holders, later gifted these lands to the Dera by way of gift deeds. This revealed existence of benami transactions,” said the ED report given to a full bench of the High Court.

Another murky aspect of the Dera’s land deals was recorded in charges framed by the CBI court on August 3 against Rahim in a castration case. The charges were under Sections 417 (cheating), 326 (voluntarily causing grievous hurt by dangerous weapons or means) and 506 (punishment for criminal intimidation). Two doctors, Dr MP Singh and Dr Pankaj Garg, were also charged with involvement in the castration process under Sections 120-B and 326 of the IPC.

Describing the modus operandi, the prosecution has pointed out that the affected victims were first made land- owners by purchasing land in their names. Subsequently, they were castrated under the pretext that it would help them attain salvation under the guidance of the Dera chief. They were then made to sign power of attorney in favour of Dera personnel.

As per the chargesheet filed by the CBI, the complainant had submitted a list of 166 Dera followers who were allegedly castrated at the behest of Rahim, currently undergoing 20 years’ imprisonment for two rape cases. The chargesheet said that the CBI contacted 128 of the castrated followers. Six of them have become the CBI’s main witnesses and given statements against the former Dera chief.

The aim of the Dera, which was keen on acquiring vast tracts of land through coercion or use of physical force and other means, has also been detailed in a book, Dera Sacha Sauda and Gurmeet Ram Rahim Singh: A Decade-Long Investigation by journalist Anurag Tripathi.

According to him, one of the first things on the agenda of Rahim “was to acquire as much land as he could around the two Dera campuses—legally or illegally. His former associate divulged that he wanted to build his own empire where he would be king and have his private army, his own currency, his own laws, and so on. When he took over in 1990, the Dera owned some five acres of land on record. By 2017, his empire in Sirsa would extend to more than 700 acres of land, excluding many unaccounted-for ‘benami’ (unnamed) properties belonging to the Dera”.

He has written that in “order to fund his grandiose plans, the Dera chief began manipulating the minds of his followers. He started telling them that if they desired to connect directly with the Supreme Power, they had to show a willingness to give away their worldly possessions to the Dera, including donating their lands. Many who fell prey to this blindly signed sales deeds in favour of the Dera at throwaway rates. The Dera, in turn, sold these lands at a premium and used the money to buy more land in Sirsa”.

He has also written that those who resisted were harassed by Dera followers. This was done either by letting loose cattle in their fields to destroy the crop or organising a huge gathering near those fields and sending followers to defecate on the land. At times, goons were deployed to intimidate land-owners.

“These lands, acquired from farmers at throwaway prices, would, in turn, be leased at premium rates to followers who wished to settle with their families near the Dera premises. The hefty profit was pocketed by the Dera, and the land and its owner also became part of the Dera,” wrote Tripathi.

With the kind of evidence the CBI has claimed to gather, Rahim is set to face more punishment. He is also facing two more criminal charges: one relating to the 2002 murder of Sirsa-based journalist Ram Chander Chattarpati who had first reported on the rape of sadhvis and the other relating to that of his former driver, Ranjit Singh, who was privy to several secrets of the Dera.