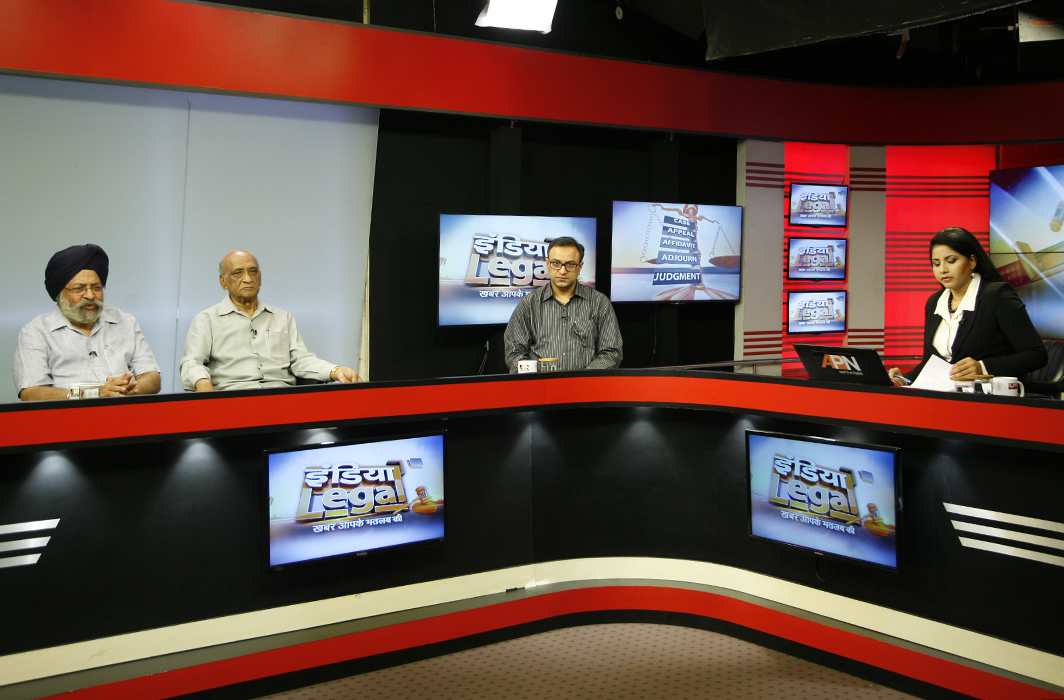 The latest edition of India Legal show on APN discussed the important issue of the digitalization of courts in India and whether it will be able to reduce pendency of cases or not. And whether it would be able to withstand the ever-growing problem of cyber attacks.

The show started from the inaugural comments from Justice AK Shrivastav. Justice Shrivastav said, “Today’s world centres upon technology. Every sector is embracing technology. And justice system can’t be left behind. That’s why technology is vital for justice system. For that steps have been taken and that is appreciable.”

When senior advocate, Supreme Court, Rupinder Suri was asked how lawyers will respond to paperless courts as they don’t have training, Suri replied “it won’t be too problematic for lawyers as e-courts have already introduced in high courts so lawyers know a little bit about it”.

Suri further added, “Just only only grounds of appeal needs to be filled. It can be done in the office only, by a click of button, one will get all records of high court. Time which is spent is only in drafting. Only the first petition will be done written whether its district court or high court. After that everything will become digital.”

Senior advocate, Supreme Court, Pradeep Rai said, “To some extent, the digitalization will help. For example if you see Allahabad high court or Patna high court, most works are done in Hindi, so if that records come into Supreme Court without translation it will be difficult. Till the new technology is not embraced, the speedy justice will not be achieved.”

Senior advocate, Pallav Sisodia stated, “E-courts main problem is filing system. In courts all the paperwork filing should be done electronically. The idea of e-courts is instead of using paper files one should use laptops and computers.”

Anchor Rajshri Rai also took views from the panelists on the cyber attacks vis-à-vis digitalization of courts. She asked the panelists that now a days defence and home ministry websites are being hacked. “In this scenario, can we say we are asking for trouble because judicial system has so far been not protected,” Rai asked.

Cyber expert, Pavan Duggal replied, “The way things are going, technology will pervade all aspects of our life. It will be against the flow of things to demand that Judiciary keeps itself aloof from this.”

Duggal further added, “What we should do is to ensure cyber security for the websites of judiciary. Attempts will be made to hack into judiciary because a lot of state and non-state actors realize the power of judiciary and that it’s most independent and impartial. So they will try to dent its image by leaking judgments before they are pronounced in courts. A holistic approach is required. Cyber security will have to be number one priority because hacking is very easy.”