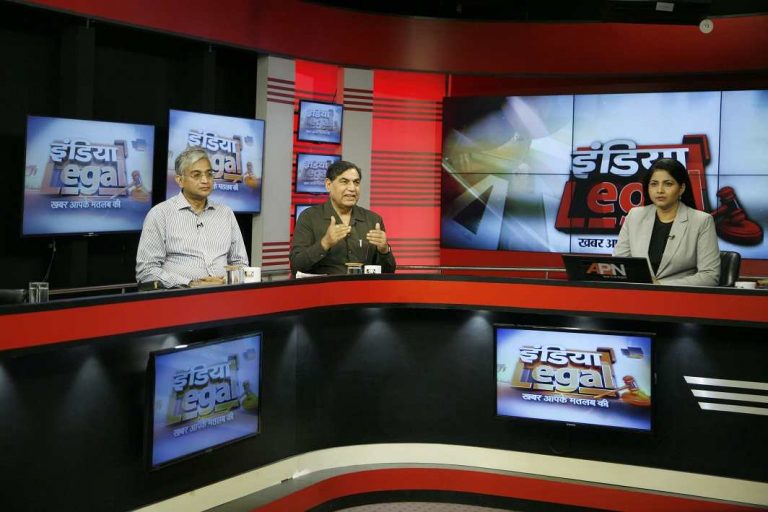 Even as the singer Abhijeet Bhattacharya’s Twitter account remains suspended for his rant against JNU student Shehla Rashid, and BJP MP and actor Paresh Rawal had to delete his tweet for his comment on writer Arundhati Roy, the larger question remains: Is the freedom of expression being misused for ulterior motives? Or are the instances of Bhattacharya and Rawal need to be seen in isolation.

In the backdrop of these instances, the India Legal show deliberated upon freedom of speech and examined how this basic fundamental right is being used or misused.

Rajshri Rai started the debate by asking Justice Mishra, “Do you think we are actually misusing freedom of speech as is seen in social media?”

Justice Mishra replied: “We have the liberty of thought and religion and all other thoughts, but liberty does not mean that you go to an extent that you speak anything from national and international to social and family level.

“Article 19 mentions freedom of expression, but the rider is put on the reasonable restrictions part. You should be careful about what you speak about and what you do and what are its effects on other people and on national security, as well as on our relations with our neighbouring states. Constitutional and moral decency should be taken care of, and one should not end up defaming someone,” he said.

Justice Tripathi agreed with the views of Justice Mishra and said: “In society too, if there is no control over one’s words, there would be chaos and mismanagement. Families separate due to misuse of words. When the Indian constitution was made, Article 19 (2) was not in it. It was added in 1951. This happened because the people felt that giving unfettered freedom to speech is not correct. Law has to do its job so therefore when something is said against a particular community then the community should come before the law to complain. Law never does anything on its own; a process is needed to bring it in motion.”

Justice Tripathi was asked why the media has to face restrictions and is slapped with defamation suits while reporting the news as happened in the Shashi Tharoor case.

Justice Tripathi explained: “Article 19 does not include Freedom of Press. Whatever reasonable restrictions that have already been applied also apply to press. If that weren’t the case, then Article 19 would have been edited to include press, but it isn’t so. This is why balanced reporting is necessary. It all depends on the mindset of the reporter. The same issue can be taken off-track or twisted too much by them. This all is also a responsibility of the press.”

Tripathi further added: “The things that are shown on TV or printed in a newspaper are highly impactful and also affect the mindset of people. Press plays a huge role in maintaining or ruining that freedom of speech. So the conclusion is that we need to be balanced in our speech, and this is the duty of every media platform and of every common man. A balance is truly needed.”