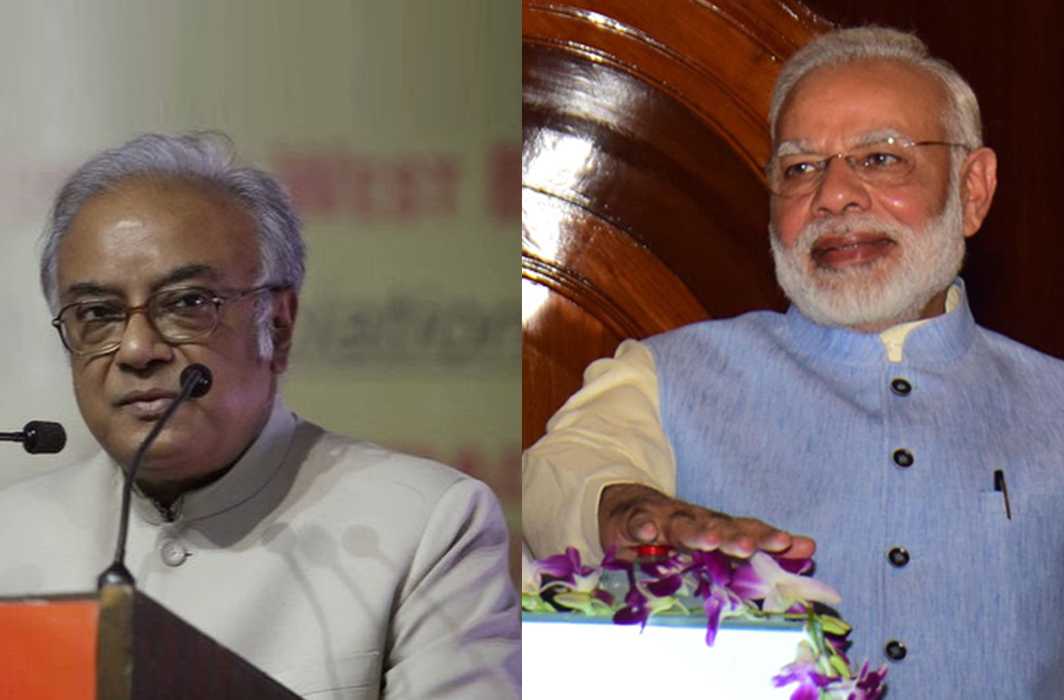 The Left Front, in staying away from the midnight launch of the GST, has refused respect to principal formulator Dr Asim Dasgupta

Politics is full of irony. They are quirky, but more importantly they are part of history that require revisits because they are so interesting. They are also often recurring.

In boycotting the July 30 midnight GST launch of the NDA government, the Left Front yet again showed its ostrich-like attitude towards developments in the real world. Whatever the demerits of the new tax reform – and, understandably, there are huge lacunae, including the fact even the primary software developed for the massive programme is only in its beta form, with bugs et al – there is little point in staying out of a process just because you have objections to it. That attitude is, to put it mildly, childish. More changes happen from the inside of a financial system than through boring deliberations of ideologues on stage.

It is more ironic, because the real architecture of GST was formulated and designed by none other than the Left Front’s renowned economist and West Bengal’s former finance minister Dr Asim Dasgupta. Dr Dasgupta took over from Dr Ashok Mitra as the state’s finance minister. Dasgupta was present at the launch, and Union finance minister Arun Jaitley had the courtesy and grace to acknowledge his contribution.

Jaitley said at the midnight function: “A parallel composition was that of the state finance ministers, an Empowered Committee, and from time to time every government made a tradition that any finance minister of any opposition party should be the president of that Empowered Committee. First president, Dr Asim Dasgupta is in our midst. For many years he did a great job of creating consensus. I have expressed my gratitude to him myself that I had received the first education on GST from him, in a meeting.”

Dasgupta’s work has been acknowledged by many. When, in 1999 Prime Minister Atal Bihari Vajpayee’s economic advisory panel, including IG Patel, Bimal Jalan, C Rangarajan and others, asked him to take up this reform, the first person that came to the PM’s mind to form and head the committee for GST was Dr Dasgupta.

Another quirk of fate was that the Trinamool Congress was not present at the function, at the insistence of West Bengal’s current finance minister Dr Amit Mitra. Interestingly, Mitra had wrested the Khardah seat in West Bengal from Dasgupta in 2011, winning by a huge margin. Mitra is also an economist and was heading the committee, critical in creating consensus.

Dasgupta’s work has been acknowledged by many. When, in 1999 Prime Minister Atal Bihari Vajpayee’s economic advisory panel, including IG Patel, Bimal Jalan,
C Rangarajan and others, asked him to take up this reform, the first person that came to the PM’s mind to form and head the committee was Dr Dasgupta. With a PhD in economics from the renowned Massachusetts Institute of Technology, he was the right choice.

Vajpayee had requested the then chief minister of West Bengal, Jyoti Basu, to release Dr Dasgupta for the critical job. Dr Dasgupta formed and headed the committee in 2000 and slowly a basic structure of the GST came into being.

Unifying the myriad tax web of the country was not an easy job. Even more difficult was producing unanimity of approval from all stakeholders.

So impressed were everybody with Dr Dasgupta, an expert in financial statistics, that when the Congress returned to power in 2004, Prime Minister Manmohan Singh, a renowned economist himself, refused to remove Dasgupta from his position.

The work was tricky, tedious and backbreaking. Dr Dasgupta has been quoted in the media as saying: “We held meetings till 2009 and met over 100 people who are concerned about it. By 2010 we had finished 80 percent of the total work on GST.”

But in 2011 there was change of guard in West Bengal as left front government was defeated. Dasgupta resigned from the GST committee. KM Mani, then finance minister of Kerala took over, but he had to leave in 2015, his name getting involved in a scandal. The bill was complete by then, but it still needed political consensus.

That critical job was completed from last year by Dr Amit Mitra. Again, ironically, it was Dr Mitra who insisted that TMC stay away from the launch.

GST is here to stay, so will irony in politics. It will be better, though, if disparate views are expressed within a forum and not from outside. For all practical purposes the Left Front has become the pre-eminent “outsiders” in Indian politics.