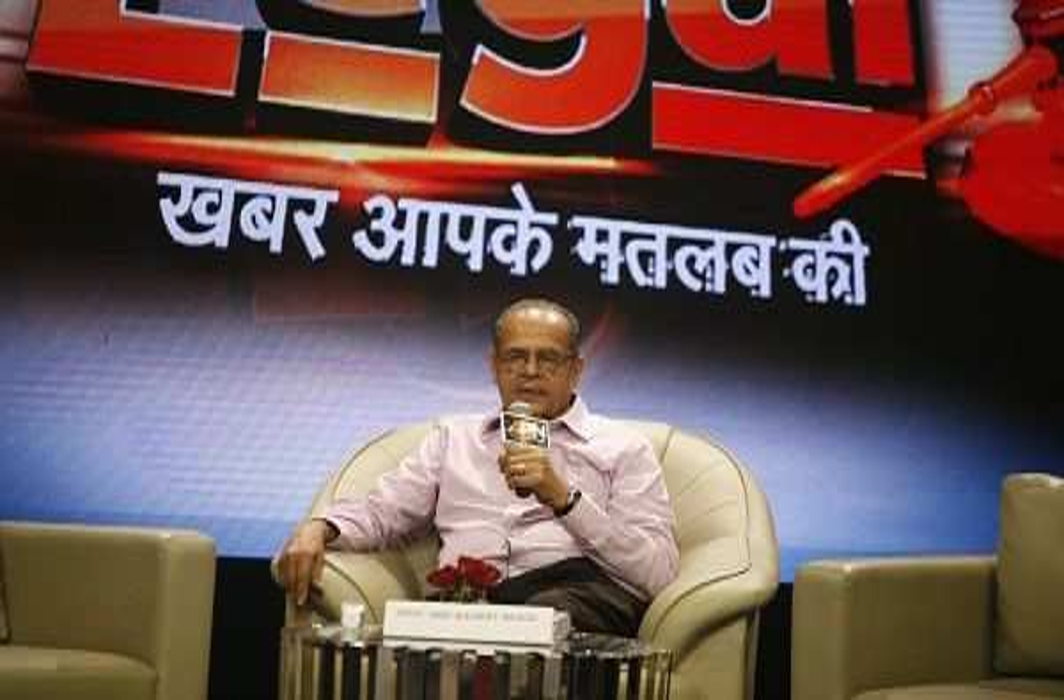 At a felicitation ceremony for this “Father of Modern Legal Education in India”, many issues were discussed including the need for more law schools in every state and use of technology to bring down pendency

On the eve of Teachers Day, the India Legal Research Foundation (ILRF) honored Prof Madhava Menon, a distinguished educator in the field of legal education. He set the path for a holistic five-year law course that has revolutionized the way this subject is taught in India.

He has headed and taught at numerous universities and has earned the sobriquet of “Father of Modern Legal Education in India”. For his sterling contribution, he was conferred the Padma Shri in 2003.

Looking back nostalgically at his 57 years with the Indian Bar, he said that he had seen many revolutionary changes in the past few years with the Bar Council of India taking the initiative in the 1980s of reforming the legal education system by setting up national law universities. “A new concept of legal education focusing on studying law in the social context was initiated under the five-year integrated legal education program. We can find many bright young Indian lawyers who have passed out of National Law Universities working with leading law firms throughout the globe. They are establishing legal entrepreneurship in foreign lands. Every state in India should have national law schools. The legal sector can bring in billions of dollars as trade grows with new economic opportunities generating wealth in a globalized world. What is gratifying is that many students are now opting for law and not medicine and engineering as it was before,” he said.

<q]Every state in India should have national law schools. The legal sector can bring in billions of dollars as trade grows with new economic opportunities….What is gratifying is that many students are now opting for law and not medicine and engineering….”

Prof. Menon said that continuing education for lawyers and prosecutors of lower courts were a must to meet new legal challenges. “The Bar Council is planning to make it mandatory for lawyers to go in for continuing education if they want to retain their license. Lawyers will need to keep learning to argue complex cases like those that involve technicalities of institutions like SEBI and WTO. We cannot do business the way we are doing. Ultimately, lawyers will need to draw from the constitution which wants to ensure an egalitarian society. The younger generation is more concerned with the delivery of legal services and the legal scenario is bound to change with youngsters driving it,” he said.

Prof. Menon pointed out there was a state where the judiciary had earned Rs 200 crore in one year, but only Rs 4.5 crore was used to improve its infrastructure. “Is the judiciary supposed to be a revenue-earning institution?” he asked.

He said that while it is a fact that judges can identify good judges who are eligible for appointment, they should not be the only ones who should decide. The debate on the revival of the NJAC was still going on and it is ultimately transparency in appointments that can ensure that the best judges are selected, he said.

Justice Ravindra Bhat of the Delhi High Court who was one of the chief guests at the felicitation ceremony, said that courts today need to have a perspective plan to ensure proper time management and docket management. “Courts and lawyers have to embrace technology as it helps them to make better submissions as they can quickly look at 15 volumes enabling them to function more effectively. Unless we use technology, pendency will be there. There are about 1.9 crore cases that are filed and about 1.75 crore are disposed off annually. But the fact is that we need more judges and more courts as crimes are increasing. There are virtual courtrooms abroad and there is no reason why we cannot have it here as India is a technological leader,” he said.

Former judge of the Kerala High Court Justice R Basant who is now assisting Prof Menon in formulating a system to ensure continuing education for lawyers, said: “A person who approaches the courts needs just ten minutes but gets it five or more years later. There is clearly a management problem here. We have lawyers and courts that are ill-equipped. The pursuit of excellence is not there. The arguments and judgments show that mediocrity rules the roost. Law is too serious a business to be left to the lawyer and judge alone. The public at large must also get involved as it is their legitimate domain. They must have a voice. We must revitalize the desi form of jurisprudence where village and tribal courts could easily dispose of cases,” he said.

<q]“We have lawyers and courts that are ill-equipped. The pursuit of excellence is not there. The arguments and judgments show that mediocrity rules the roost. Law is too serious a business to be left to the lawyer and judge alone.”

Justice Basant said that while public interest litigations in India had given a voice to the mute suffering of many, it should not become private interest litigation and judges should smartly figure that out. Litigation in India is attached to prestige and many go to court just for that and there is a need to weed out frivolous litigation, he said.

Former acting chief justice of the Himachal High Court Justice RB Mishra said that there has to be a willingness to deal with pendency and for that, we require good judges and lawyers to work together. We now have a good educational system to create the best legal experts, he said.

Senior lawyer Meenakshi Arora said: “Use of technology will become imperative soon. Inconsistency in pronouncements leads to docket explosions. Settlements are not a bad thing for lawyers but the mindset for that to happen has to change. The use of technology will become imperative soon and that might bring down pendency. Today, youngsters from law schools have greater abilities than previous generations and that is because their education.”

Senior lawyer Vivek Sood pointed out that patently false complaints were being filed and we need more responsible laws to track that. “The legal education system today should consider that one of the big crisis in the legal delivery system is the serious dearth of trial lawyers as cross-examination is a dying art,” he said.

Senior lawyer KK Manan pointed out that 80 percent of investigating agencies were corrupt and inefficient and even women police officers were not above board. “Lawyers are not fully prepared and keep taking adjournments. Lawyers today would rather go to the corporate sector  than opt for litigation. Many in the Bar Council do not even practice. We must have a scenario where commoners become judges and not be restricted to about 1000 families, he said.

Prof GS Bajpai, registrar of National Law University, Delhi, said that students today are well-equipped to learn and study on their own because of the internet and so the role of teachers has to be to inspire and get them to think independently. There is a dearth of serious teachers. We need institutional builders like Prof Menon who have changed the contours of legal education. India has so much of talent and it can be harnessed with good educational institutions and teachers that even lawyers require to continuously keep learning, he said.

—With inputs from Srishti Sonewal