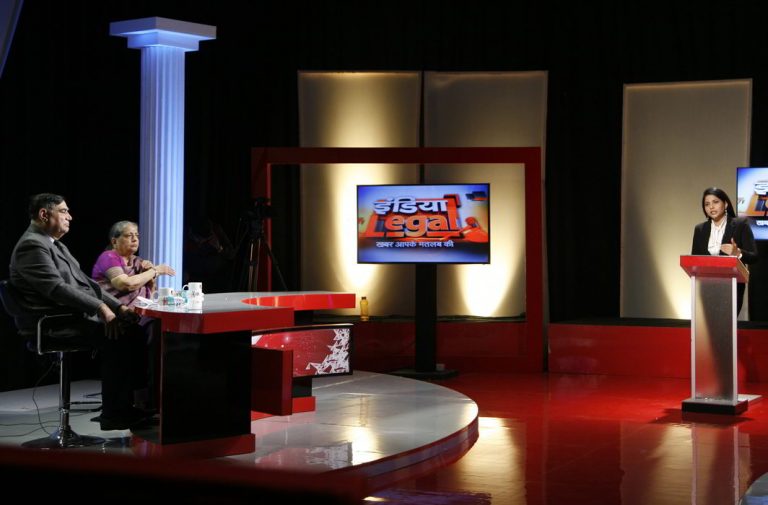 The latest edition of the India Legal show discussed the UP Medical College case filed by Advocate on Record Kamini Jaiswal which was dismissed by the apex court.

Rai started the debate by asking S P Singh. Rai asked: “Majority regard this incident as unfortunate. What are your comments.”

Singh replied: “The PIL which was filed by Prashant Bhushan and Kamini Jaiswal was the distortion of facts and I condemn it. When already one matter was pending, they concealed it and put up the matter again into the Justice Chelameswar court, which is wrong. It should not have been done. The actions by these two have disgraced the Judiciary. This act has dented the image of public interest litigation (PIL) in India.”

Justice Dixit said that though the act was condemnable, it should be left to the bar and the bench to solve it by them thereby adjudging it a family matter.

She said: “Definitely, this incident is unfortunate. The sanctity of the relationship between bar and bench has been dented. But, I think this is the internal matter between bar and bench. This case is an aberration. Let them solve it by themselves. The media should not sensationalise it.”

Justice Tripathi countered the contention of Justice Dixit and said: “This may be the matter between bar and bench. But these matters are also heard by courts.

“In these matters also, quarrel breaks out. Bar and bench are the two wheels of the same chariot. Both have diverse interests. Advocates run their lives through it. In that scenario, he wants every decision in his favour. So to achieve that, they can go to any extent. Similarly, the judges have the duty to dispose of the cases on time. So pressure is on for both the sides. Definitely, the bar council and Supreme Court will have to see this seriously. That what measures should they take to resolve the problem,” he said.

Justice Misra pointed out: “This incident turned out to be the matter of personal interest litigation rather than public interest litigation. They are two sides of the same coin – bar and bench. Both are integrated. Both supplement each other. If the bar becomes like that, the bench will also be like that. This incident set the dangerous precedent for the future. And we should be aware of that.”