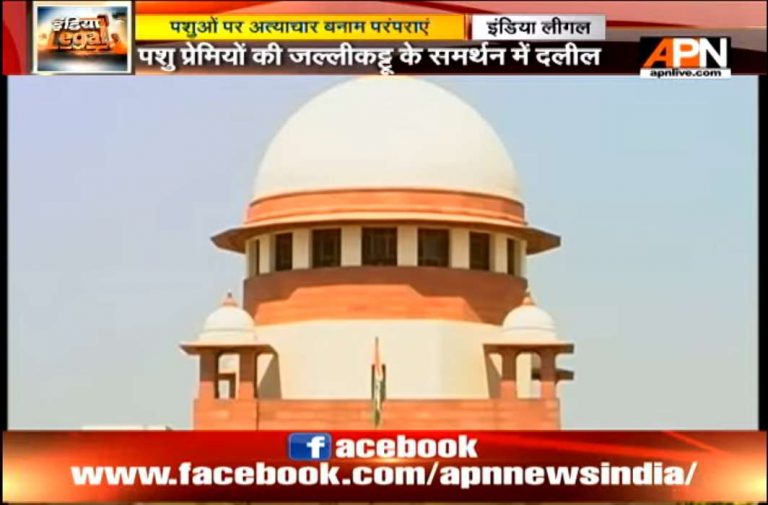 Violence continued to rock Tamil Nadu over jallikattu, even after the state government had promulgated a new ordinance to continue the bull-taming sport in the state on Monday January 23. The state assembly ratified the Prevention of Cruelty to Animals (Amendment) Bill 2017. The protestors targeted policemen and torched a police station after the cops tried to quell the agitation.

Over the last few days, the issue grabbed national headlines as lakhs gathered at the Marina Beach in Chennai to lodge their protest against the Jallikattu ban. Earlier, the Supreme Court had refused to re-examine its order banning Jallikattu passed in 2014.

The issue was discussed at length on the recent India Legal Show. The panelists were former chief justice of Gauhati High Court K Sreedhar Rao; animal rights activist Ashok Pratap Rai; and senior advocate, Supreme Court, Pallav Sisodia. Some of the keen observations made by them are:

K Sreedhar Rao: “Jallikattu is not animal cruelty. The farmers take good care of the bull. It is just like human wrestling. PETA doesn’t know anything about animals and their welfare. All they do is loud talk and propagate false information. The bull is not instigated in any cruel way. As far as allegations of throwing chilli powder in the eyes of the bull to make it ferocious goes, one can always amend the existing rules and regulations to ensure it does not happen again. But to put a ban on the whole culture will not be right. To celebrate festivals is a fundamental right under Article 25 (Right to Religion). PETA wants to destroy the culture and create a market for them.”

Ashok Pratap Rai: “I want to congratulate every protestor. There has been no political influence. It was only the power of the citizens that forced the courts, the state and the central government to take action. It was a peaceful protest.”

Pallav Sisodia: “Till a proper report about the sport goes to the court, it is difficult for even the court to give a proper judgement. Of course, the law comes before culture. But culture should be considered before making any such laws.”

For more, see the video of the show here.

[vc_video link=”https://www.youtube.com/watch?v=-J6whJnZO6s”]
Did you find apk for android? You can find new Free Android Games and apps.