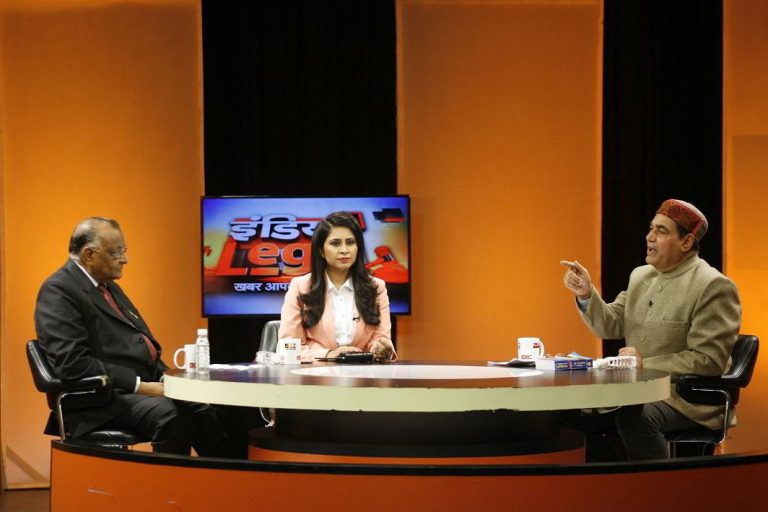 As political parties talk about freebies during election speeches, India Legal show takes a call on whether such practices are legal

With assembly elections in five states around the corner, political parties contesting them are trying to outdo each other by making tall promises. They are trying to woo the electorate by talking about free sugar, free petrol, distributing pressure cookers and what have you. The parties are not even batting an eyelid to invoke religion in order to get votes although it is now an illegal practice and violates the Representation of the People Act. The recent Supreme Court judgment has ruled that asking votes in the name of religion, caste, community or language is illegal.

In UP, the Samajwadi Party has promised to distribute free wheat, pressure cookers to poor women, one kilo ghee and one packet of powder milk to undernourished children, smart phones to meritorious students, and ticket concessions to women travelling in state roadways buses, among others. The BJP too has not lagged behind. Although the BSP has not come out with its poll promises, officially, but party supremo Mayawati has said that her party will provide monetary support instead of laptops and smart phones, and houses to the poor. She has also said that if the BSP comes to power in UP, the focus will be on improving law and order, evolving welfare schemes for the poor, providing power, employment, ensuring security of women, among others.

In Punjab, the BJP-Akali combine has promised to provide ghee and sugar at subsidised rates to the poor. In Goa, the Congress has promised free petrol and free coaching for students.

Can all these “tempting” promises be called “bribes”? Shouldn’t they be equated with paying money for getting favours? Shouldn’t governments be legally penalised for failing to fullfil these promises? And if yes, do we have provisions in the law that can punish politicians resorting to such “ill practices” if we may call them? Shouldn’t governments of the day need to be serious about removing the inherent flaws in our electoral system, so that fairness and transparency are not compromised in any manner?

Justice RB Mishra said that “The main agenda in every election manifesto is to make attractive promises for votes. But elections should be neutral, corruption-free and everyone should participate in it.” He added that elections should be divorced from religious propaganda. While citing case examples, he said: “In Ramesh Yeshwant Prabhoo vs Prabhakar Kashinath Kunte & others, the Supreme Court had annulled the election of Ramesh for election speeches containing degrading remarks about Muslims, made by his agent and the then Shiv Sena chief Bal Thackeray. Again in 2017, in Abhiram Singh vs CD Commachen, the apex court ruled that no election should be fought in the name of religion, caste and creed. But then there is Article 25 which gives one the right to practice and propagate religion.”

Justice Gopi Chand Bharuka commented: “Promises made by political parties are part of the electoral process. We can’t call them bribe. They are assurances which parties give to voters and are to be fulfilled after coming to power. This is not an offence or corrupt practice under the Representation of the People Act, 1951. Numerous interpretations have also broadened the scope of Section 123(3) of the Act. People have interpreted that the provision is in violation of Article 19 and the right to free speech and expression.” He further said: “Criminalisation of politics is one of the major reasons for polluting the electoral process. Every candidate should disclose on affidavit the number of criminal cases filed against him/her. One hundred and eighty six criminal cases are pending in courts.”  For more details, see the video here: