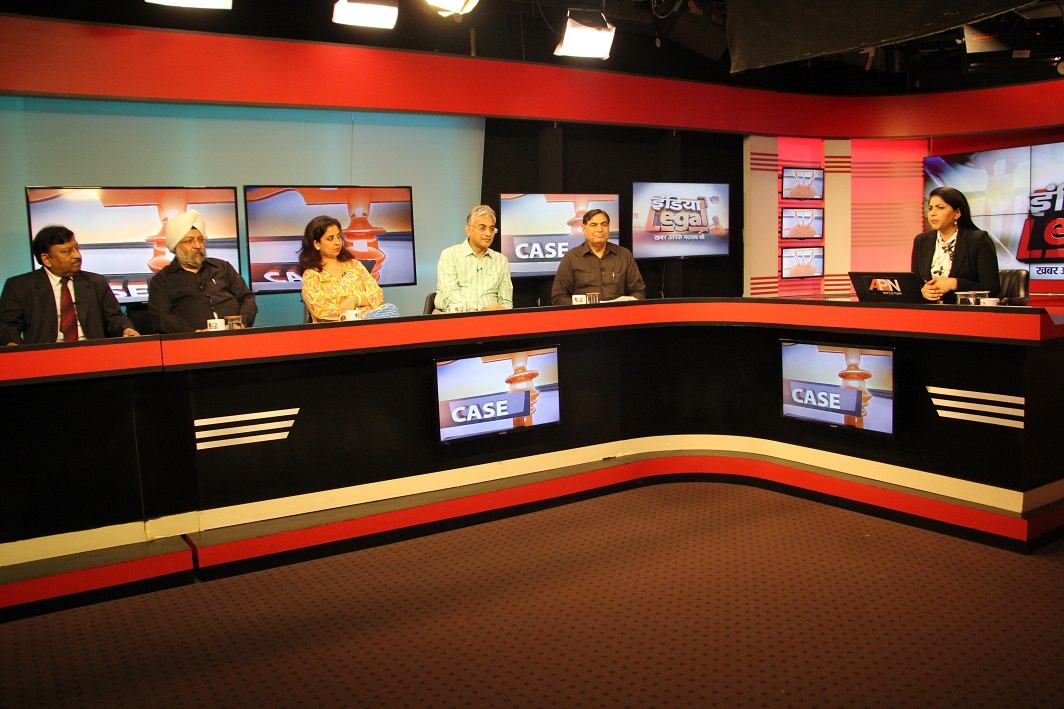 Above: Photo by Bhavana Gaur

The recent edition of India Legal show centered on the current scenario of jails in India and what steps should be taken for jail reforms in the wake of the recent incident involving incarcerated Indrani Mukherjea (she was beaten up after her inmate was killed) thus exposing lapses in the jails.

Rai started the discussion and asked Banerjee as to why jails in India are overcrowded, accommodating double the number of prisoners than their capacity. Banerjee replied, “The system is responsible for it. The current applied their Greek Roman law started with the East India Company’s making of jails and courts. Before that there was no for jails. In the Mughal period people were put inside forts and underground basements. Lord Macaulay in 1936 had done an inspection of the condition of jails in India and in 1937 he proposed how jails should be in the country. The first jail that the British government made was in Agra and they said that every province must have a jail and they made a jail manual for all the provinces.”

He further added, “Today in the constitution, jails are a state subject and every state has its own jail manual. According to NCRB data, the most number of undertrials are in India and the ones punished are less. Supreme Court in one of its judgments had said that there should be bail, not jail. Until and unless, there are no reforms made in the system this crisis would continue or else we will have to build more jails for which we require resources.”

Justice Mishra attributed overcrowding in jails due to the pendency of undertrial cases. Justice Mishra stated, “Yes it is true that the overcrowding is because of undertrial cases. Around 85 percent of the prisoners are undertrials. There is a saying that jail is an exception and bail is a rule. As per my observation there are many prisoners who are innocent and the other who are kept there have been kept without any evidence.”

He advocated for the uniform jail manual for transforming the jails. “There are two jails, one in Mandi, Himachal Pradesh where the prisoners are so much involved in activities that they pursue their talent and skills. They organize plays and cultural activities and the other is an open jail in Uttar Pradesh. There are only minor differences in the system. There are places where corruption is on, it has become a money market. And things have become politicized. Legal authorities are doing such important work by spreading legal awareness among people. The court is under pressure and the disposing of criminal cases does not happen quickly, but undoubtedly there must be a common manual in the system.”

Drawing attention to the women prisoners in jails, Bhati said, “As far as women prisoners are concerned, their condition is actually very dire and women are already very vulnerable in the society. When they are so vulnerable in open society, then think how they are in jails where fundamental rights are also curtailed. However ideal the related theory or manual might be, in practice it is not followed. In most of the cases, the prisoners are treated very inhumanely and in most cases their right to live with dignity is completely forgotten.”

Sharing the same sentiments, Justice Mathur also felt that jail reforms were the need of the hour. “Jail system has to undergo a lot many reforms. I remember an instance where a new district formed had no lockup therefore the prisoners had to be taken to the nearby district. They were taken in a van for their trials and irrespective of the weather they had to remain inside that van, no one took care of them, and if possible the relatives supplied them the necessary things. It was very inhuman to treat them in that manner.”

Shishodia  also espoused for the jail reforms. Said he, “This is again the matter of like society, like institutions. In the name of custodial interrogation people are tortured and the fights between jail inmates for some prisoners getting special privileges are common. This is not something happening only in our country and it is common in other countries too. Reforms are a continuous process. There are a lot many right-thinking people who are doing it but much more is to be done.”