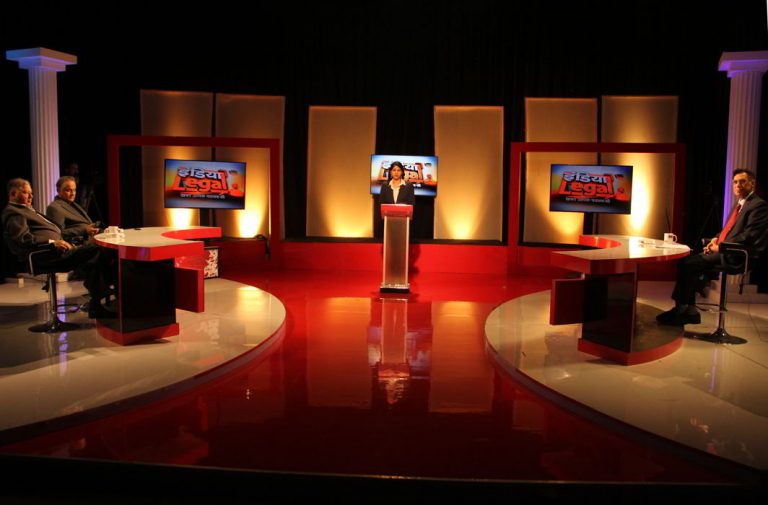 Rai started the debate by asking the first question to Justice Gupta. She asked: “How do you see this decision of installing CCTVs in courtrooms.”

Justice Singh warned that the repercussions of the decision could be serious. Singh said: “Tarquova Lassen has written a book on professional ethics in CCTV cameras. In this book, he wrote that CCTV cameras violate human rights. But he also said that CCTV cameras could prove useful in solving crime cases.”

Justice Mittal regarded the installation of the CCTVs as a good move. Mittal observed: This is a welcome step. This will stop corruption especially in district courts. The advocates indulges in aggressive behaviour in extracting favourable verdicts from the Judges. They create anarchy and chaos in the courtrooms. So to curb these kinds of behaviour, it would be helpful. This should be implemented as quickly as possible. I don’t see any negative aspect into it.”

Chaudhari contested the contentions of Mittal adjudging the move as hastily taken and ill-conceived. Chaudhari said: “This decision has been hastily taken. Principally, this decision is good. The Supreme Court has taken the decision impulsively. It should have appointed an amicus and served notices to Advocate General of the states.

“But the question is: How this should be implemented? Now it has been said that HCs will have the say whether they will provide recordings or not. So at least give parties a freedom of accessing the recordings. This is arbitrary.”

Here are some of the bytes/views of the panellists: