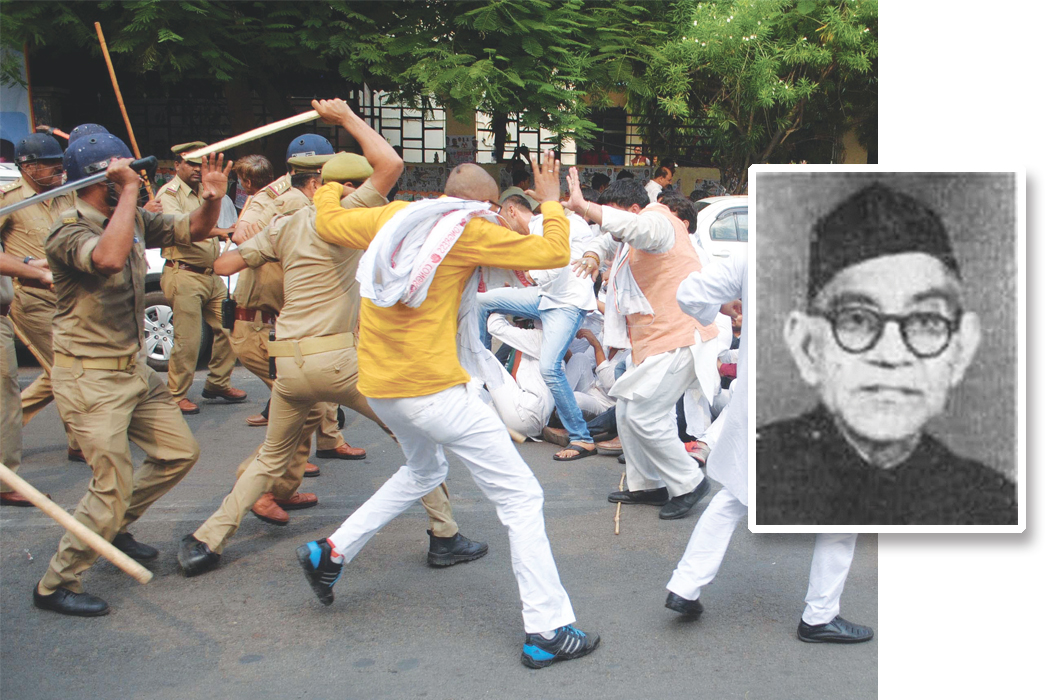 The recent custodial deaths in Tamil Nadu should be seen against a slew of observations made by poet-judge AN Mulla (above, inset) about the Indian police force being the largest lawless group whose crime record surpasses all others

The Wikipedia entry for Anand Narain Mulla identifies him as a poet. It then goes on to inform us that he was a winner of the Sahitya Akademi award for Urdu in 1964. Before one begins to wonder if this is the same person one is searching for, the entry informs us that he was also a lawyer and served as judge of the Allahabad High Court from 1954 to 1961.

The sudden interest in this poet-judge has arisen because of the slew of recent articles quoting him about the Indian police force being the single largest lawless group in India, whose record of crimes surpasses all others. These observations, made in 1961, have suddenly found new life in today’s clime with the killing of Jayaraj and Benicks coming to light. So, what caused the original observations to be made?

In his judgment in State vs Mohammad Naim (Criminal Misc. Case No. 87 of 1961), the poet-judge made, amongst many others, the following three observations:

(a) “If I had felt that with my lone efforts I could have cleaned this Augean stable, which is the police force, I would not have hesitated to wage this war singlehanded.”

(b) “That there is not a single lawless group in the whole of the country whose record of crime comes anywhere near the record of that organised unit which is known as the Indian Police Force.”

(c) “Where every fish barring perhaps a few stinks, it is idle to pick out one or two and say that it stinks.”

The cause of the judge’s ire was simple enough to understand, and is best told in his own words—“Mohammad Naim was a police officer who had fabricated the First Information Report in Criminal Appeal No 8 of 1961 and a notice was issued to him by me as to why a complaint should not be instituted against him under Section 195, I. P. Code. Mohammad Naim pleaded guilty and I reluctantly accepted his apology and discharged the notice issued to him. In this order I had made certain observations with a view to draw the attention of the State to the conditions that exist so that an attempt should be made to purify the administration.”

Evidently, the administration of the state of Uttar Pradesh was of the opinion that it required no such “purification” and filed an application to get the remarks expunged from the records. The poet-judge heard out the state on the issue of expunging the remarks, and made the following remarks: “The petition before me in its essence comes to this. The executive comes forward as the champion of the police force and says ‘These are mother’s own darling innocent babes and you have called them mischievous and naughty boys. Please withdraw your remarks.’ The mother is entitled to have a different opinion about her children, but no judicial mind can prefer the opinion of the mother regarding her children as against the opinion of impartial outsiders. The mother duck may go on thinking that many of its ugly ducklings are swans but it should not expect others to do so. Either there is a great deal of divergence between the knowledge of the executive and the knowledge of the judiciary or (I do not want to entertain this thought) the executive conscience is far more elastic than the judicial conscience. A Judge cannot silence the voice of his conscience.”

He went on to say: “I frequently passed strictures against the investigating officers. The observations made by me in the case of Mohammad Naim were only in line with the earlier observations made by me in other cases. It was only an accident that they received greater attention than my earlier observations. It is, therefore, painful for me to say that those police officers and other public servants against whom I made these strictures in many cases did not suffer at all because of the strictures passed by me. I know a few cases in which these officers were even promoted and that too by superseding some of their seniors. This experience is shared by many of my brother Judges. It is, therefore, obvious that the executive seems to think that the public services are its special concern and the Courts of law have no right to criticize them and if these criticisms are made, they can safely be ignored. The basic fallacy in the mind of the executive seems to be that they alone form the State and the Jud­ges are not the State.”

On the issue of his knowledge of the inner workings of the police force, he said: “The question now arises whether I possessed sufficient knowledge to make these observations. If dealing with the police during the last 35 years of every working day of my life is not sufficient to give me this knowledge, I do not know what knowledge would be considered to be sufficient. I practised exclusively as a lawyer on the criminal side, and as a Judge I functioned exclusively on the criminal side. To make a modest estimate, not less than fifteen to twenty thousand criminal cases passed through my hands, I believe I possess average intelligence, and if an experience of so many cases does not give any knowledge to me about the way how the police prosecutes its cases then it seems that very few men can possess this knowledge.”

He then said: “In my opinion it is a part of the duty of the courts of law to try and see that the streams which feed the river of law do not remain foul and polluted, for it adversely affects the administration of justice. Those who are responsible for presenting this application do not seem to agree with this point of view. The executive seems to be of the opinion that a festering sore on the body should be kept bandaged and hidden like a guilty secret in one’s heart. As a member of the Judiciary I am entitled to disagree with this view. I think that such a festering sore should be treated with a lancet by those who are entitled to use it and the treatment can be started only when it is admitted that the sore exists. It was, therefore, necessary to draw the attention of the executive to the festering sore. If the executive authority does not admit the existence of this sore, it is its own concern, but it has no right to ask the judiciary to close its eyes and not to point it out.”

The state of Uttar Pradesh, with this rather massive egg yolk staining its face, first went to the Division Bench of the Allahabad High Court for leave to appeal to the Supreme Court, and upon being refused, filed a petition seeking leave to appeal before the Supreme Court on the ground that “the observations over the entire police force, bring the same into contempt, lower its prestige in the eyes of mankind, have a tendency to interfere with the administration of the country and injure the security of the State”.

The judges of the Supreme Court allowed the appeal by saying: “We say this with respect, but it appears to us that in the present case even allowing for the great experience which the learned judge had in the matter of criminal trials, his statement that ‘there was not a single lawless group in the whole country whose record of crime came anywhere near the record of that organised unit which is known as the Indian Police Force’ was wholly unwarranted and, if we may say so, betrayed a lack of judicial approach and restraint. The learned judge referred to no material on which this observation was based, nor did he say that his experience of criminal trials gave him an occasion to compare the records of crime of various lawless groups in the State vis-a-vis the Police Force. To characterise the whole Police Force of the State as a lawless group is bad enough; to say that its record of crime is the highest in the State is worse and coming as it does from a Judge of the High Court, is sure to bring the whole administration of law and order into disrepute. For a sweeping generalisation of such a nature, there must be a sure foundation and the necessity of the case must demand it. We can find neither in the present case…

“…It would have been enough for the learned judge to say that when a large number of police officers were resorting to an objectionable method of investigation, it was unnecessary to pick out one petty officer and prosecute him for doing what several others had done with impunity. It was wholly unnecessary for the learned judge to condemn the entire police force and say that their record of crime was the highest in the country. Such a remark instead of serving the purpose of reforming the police force, which is the object the learned judge says he had in mind, is likely to undermine the efficiency of the entire police force.”

Seeking to reform the police force over the years, there was the National Police Commission set up by the government in 1977-1981, which submitted eight reports—the judgments of the Supreme Court in the DK Base case and the Vineet Narain case, the report of the Ribeiro Committee in 1988 and 1999, the Padmanabhiah Committee’s report of 2000, the Malimath Committee report of 2002, the judgment of the Supreme Court in the Prakash Singh case in 2006, the draft Police Bill drafted with Soli Sorabjee as the guiding force and Common Cause & Lokniti and so on. With little reform having been achieved, the scope of police reform is indeed proving equal to the cleansing of the Augean stables, referred to by the poet-judge.

With figures and statistics now showing that there appears to be some truth in the statements of the poet-judge, was he right in making the observations that he did? Of course, the Supreme Court was right. One cannot call a spade a spade without there actually being incontrovertible evidence that the spade is indeed a spade. To do so without the due process of law would be a miscarriage of justice. But with the benefit of perfect hindsight, one can’t but help wonder what would have happened if in 1964, the Supreme Court had not expunged the remarks of the poet-judge. Would an ashamed State have initiated reforms at that early stage of our fledgling democracy, when the police was still trained in the repressive brutal practices of a colonial force created primarily to curb “native” unrest? Would the police system today have been any different if the judges of the Supreme Court had drawn upon their own personal and professional experiences with the police and directed that reforms were needed 56 years ago? There are no easy answers to this, but to remember Jayaraj was the 58-year-old father of 38-year-old Benicks

.—The writer is a lawyer practising in Delhi 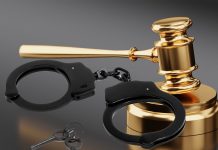 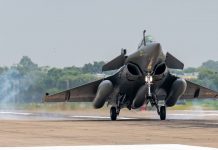